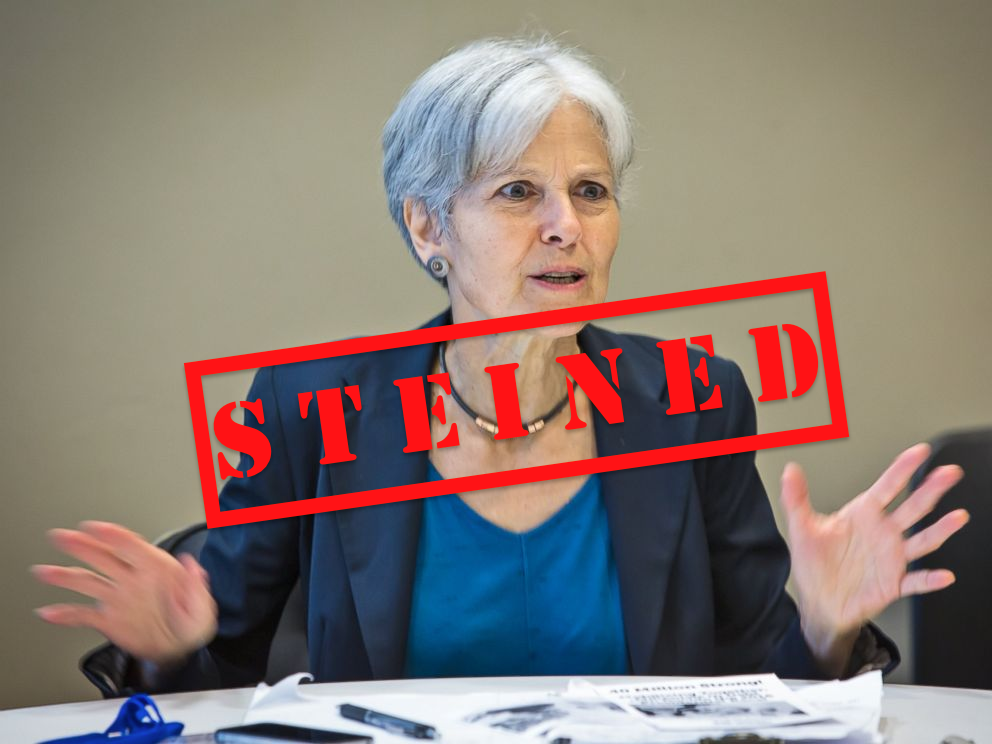 The Bros4America podcast is back with an all new episode, and have a few special words about and for former Green Party candidate for President of the United States, Dr. Jill Stein, who the bros are all too familiar with following our coverage of her post-election efforts to procure a recount in the states of Wisconsin, Michigan, and Pennsylvania.

Whatever happened to those recounts, Jill? The Trump campaign’s legal team killed them before they could be complete? Riiiiight. Sure, sure.

This week, news broke that Dr. Stein has become a prime focus of the investigation into Russian interference with the 2016 presidential election, and for good reason. Photos of Dr. Stein at an event for the television network RT (Russia Today) surfaced earlier this year sitting feet away from Russian President Vladimir Putin and disgraced former National Security Adviser Michael Flynn, who was indicted earlier this month for lying to the FBI. The photo was snapped in 2015, before Stein even accepted her party’s nomination.

OF COURSE, close followers of the 2016 aftermath, data dweebs, and history buffs will recall that Dr. Stein received the exact number of votes as Donald Trump’s margin of victory in Wisconsin, Michigan, and Pennsylvania, the three determinative swing states that procured Donald Trump an electoral college victory with only 78,000 votes.

States that showed that HRC won in exit polls but lost later in computerized tallies:
WI, PA, FL, & NC (with a MI tie)

Flynn is said to have cut a plea deal with Special Counsel Robert Mueller, who has been the focus of a hardcore effort by Republicans and the White House to delegitimize and derail him and his investigation as it become more and more certain that his investigation may reach the highest echelons of the White House and following news that he has obtained the financial records of Mr. Trump, his son-in-law Jared Kushner, and others from Deutsche Bank.

Also in this episode, the Bros go all in on Republican Party for the GOP Tax Scam!

What do you think? Join the conversation in the comments section below!

The Bros4America Podcast is executive produced by Alex Mohajer and hosted by Thomas McAbee, Daniel Fusselman, and Thomas McAbee. It features theme music, “It’s Always Too Late To Start” by Chris Zabriskie. Bros4America is powered by Bluberry and produced using Audacity. Special thanks to Bros4Hillary co-founders Nelson Melegrito and Rance Collins.