Want The Truth? Well Then Shut The F**k Up And Let Hillary Explain It To You! 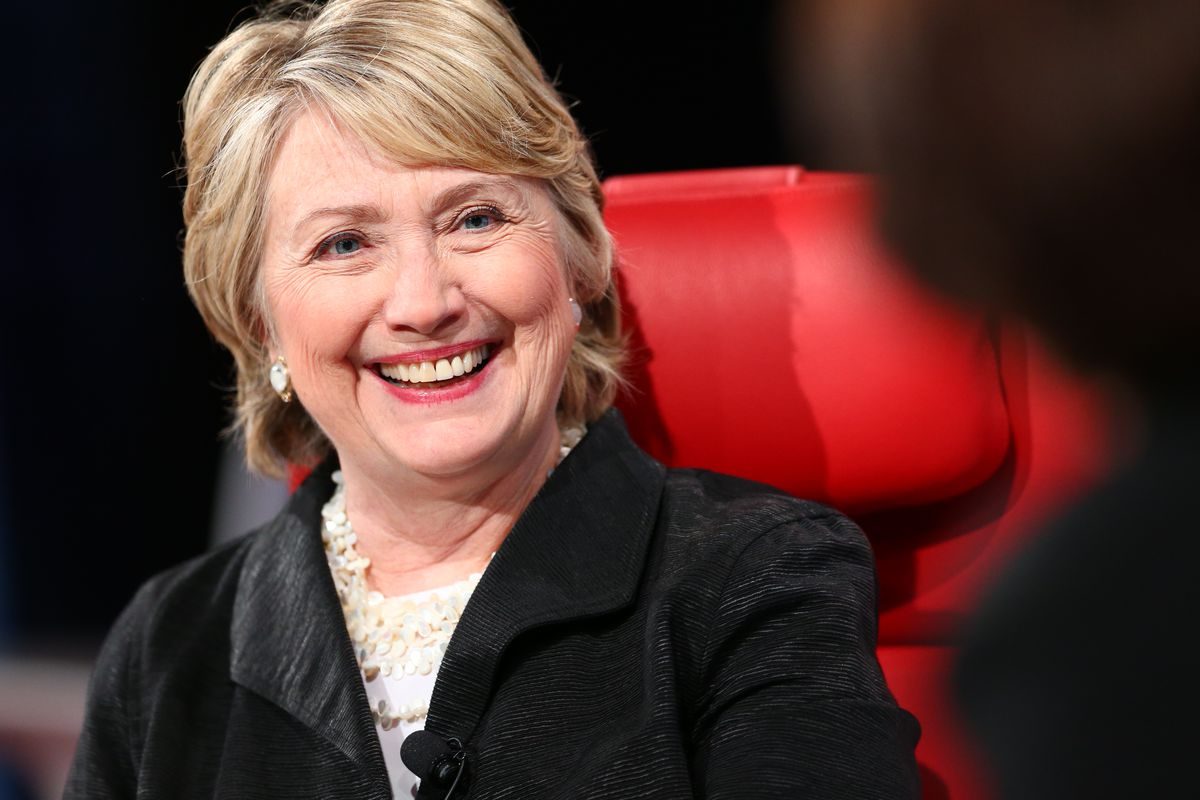 You want the truth about the 2016 presidential election? Well if you would just shut the f**k up already and stop normalizing this shit show of an election for one damn second, you’d probably have noticed by now, through your absurd war-cries of Hillary 4 prison, that she’s been right here explaining the whole damn thing to you.

Hillary Clinton dazzled again with her display of immense knowledge, deeply impressive acumen, and ability to analyze and process even the most complex and foreign of concepts at the Recode Convention 2017, held in Southern California this year.

An unusual choice to be speaking as the headliner, Hillary Clinton focused her attention on Russian hacking of the 2016 presidential election, marking yet another since the election where she was prodded and spoke at length and in detail about the various intervening forces that cost her the White House last November.

Aside from the fact that she displayed her usual wise-ass sense of humor (she postulated that “covfefe” was a hidden message to the Russians), one thing is clear: Hillary is not planning to shut up any time soon, and if you don’t like it, you can kiss her presidential ass. Clinton, over the objection of media pundits, Trump supporters, the Alt-Right, Sanders Supporters, the Alt-Left, and everyone else desperate to cope with the election results, has refused and continues to refuse to be silent about the real reasons behind the election outcome.

As we now know, her opponent, Donald Trump, narrowly etched out an electoral college victory of 79,000 votes in three states (Wisconsin, Michigan, and Pennsylvania), despite the former Secretary of State winning the national popular vote by around 3 million votes. Despite the overwhelming evidence, Trump is trying to diver attention almost daily, a clear y sign of authoritarianism, Clinton said.

MORE ANALYSIS AFTER THE JUMP:

Clinton did not put Trump alone in the Authoritarian club. She went after a few of his compatriots, as well.

Some highlights from the interview:

“You can’t let Trump and his allies be a diversion, they are a threat.”

“Who is behind driving up Trump’s twitter followers by the millions, we know their bots. Why? I assume there’s a reason for everything. Is it to make him look more popular than he is?”

On why she didn’t campaign more in Wisconsin, Clinton pointedly turned the question and noted that voter suppression in Wisconsin suppressed 200,000 actual votes according to reports.

On the GOP: “The Republicans have to be constantly pushed to put country above party.”

“When you present a budget with a trillion dollar mathematical error, it’s not like we’re going to ignore it.”

“He’s been an equal opportunity insulter going back many years. But he does have a visceral grasp on America’s political underbelly. He really understands how to enflame people…how to bond with them.”

“You don’t have a high enough classification to know what covfefe means.”

On Trump and his decision to potentially withdraw the United States from the Paris Climate Accord:

“The president is a very impulsive, reactive personality. If we all like the Paris Agreement, he may decide to get out of it not understanding one bit of it … There are only two nations in the world who are not part of the Paris agreement. For the US to throw our lot in with that very very small number of countries…is not only a breach of agreement..part of what keeps us going is that America’s word is good…but what’s really stupid about it is they’re throwing out economic opportunities. We can’t stay idly by and watch Donald Trump undermine…these values. When you turn on your allies and you treat them with such disdain and contempt, our democratic NATO allies who have stood with us who came to our aid after 9/11 you are sending a message that you don’t care about history or the current problems we can face. The only comfort I can get from having lost the way I did was that Macron was ready and able to rebut that.”

On cries for her to return to the woods:

On who was responsible for directing Russians:

On her e-mails and the Wikileaks controversy:

“They were run of the mill emails,” she said. “Stuff that were so common. Within one hour they dumped them and then began to weaponize them. They had their allies like Infowars say the most outlandish, absurd lies you could imagine. They had to be ready for that…Within one hour of the Access Hollywood tapes being leaked, the Russians or say Wikileaks — same thing — dumped the John Podesta emails…The Russians in my opinion could not have known how best to weaponize that information unless they had been guided by Americans….I think it’s fair to ask how did that actually influence the campaign and how did they know what messages to deliver. Who told them? Who were they coordinating with or colluding with?”

“That really influenced the information people were relying on. If you look at Facebook the vast majority of the news items posted were fake. They were connected to, as we now know, the 1000 Russian agents… They were connected to the bots. It was such a new experience. I understand why people on Facebook would think ‘oh Hillary Clinton did that. I did not know that.'”

Full Video After the Jump: