Hillary Clinton: Trump is a 'Clear and Present Danger' to America 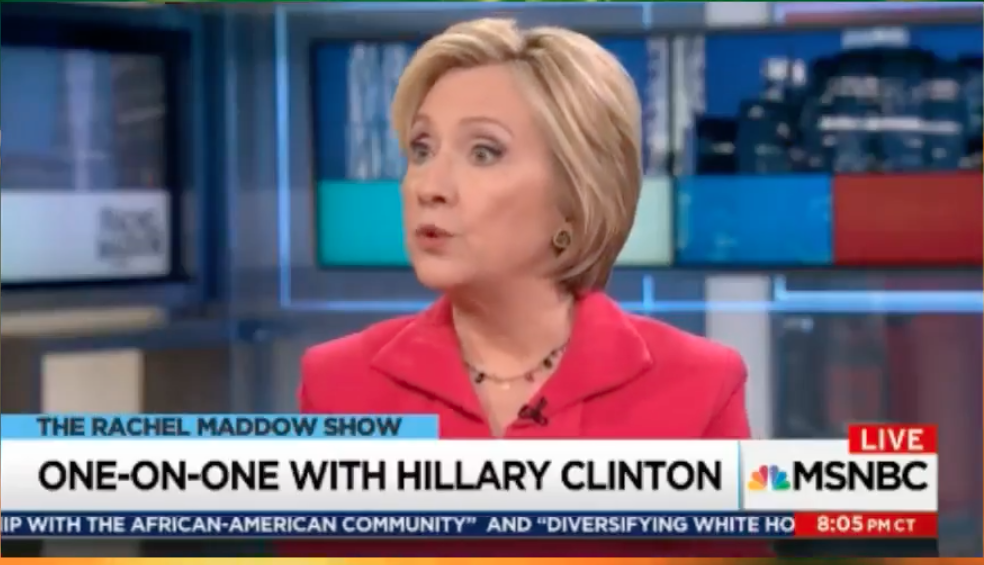 Former presidential candidate Hillary Clinton was not mincing words about her erstwhile opponent from the 2016 presidential election during a live interview with MSNBC’s Rachel Maddow Thursday evening.

Clinton, who has been dominating headlines this week as she promotes her new memoir “What Happened,” packed no punches when the subject turned to her opinion of Donald Trump as a man, and as a president. About Trump, she presciently opined that Mr. Trump uses humiliation and domination as a tactic of control. She had similarly tough love for Secretary of State Rex Tillerson and recently ousted Steve Bannon.

“I’m hoping that on the really big issues there’s enough authority to contain and restrain this president,” Clinton said. “I think this president and some of the people around him pose a clear and present danger to this country.”

“Domestically to our institutions of our democracy and our self-governance, our rule of law. Internationally, in so many ways because of the unpredictability,” Clinton continued. “The fact that there is no strategic plan. There’s just a reactive, visceral, emotional behavior, so I can only hope, and every American who thinks about this can only hope that people who know better, who have experience, and who realize that this country of ours is really worth defending and protecting will be able to prevent anything really bad from happening. It’s a horrible thing to have to say about anybody in that office.”

Clinton’s memoir, released Tuesday by Simon and Shuster, to a great deal of media fanfare. The book is her own retelling of the events leading up to and the aftermath of the 2016 presidential election, where she unexpectedly lost the presidency to her Republican challenger, despite winning the popular vote by nearly three million.