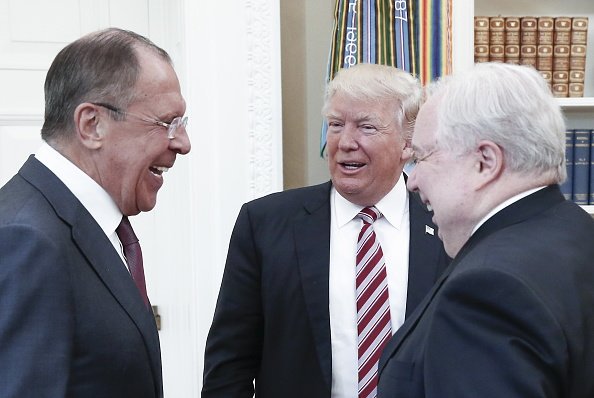 News coming out of Washington D.C. this week regarding the firing of FBI Director James Comey  might be viewed independently as eyebrow-raising. Taken in context with the news coming out since Election Day, and it’s downright bat-shit crazy. For anyone in need of a Russia Recap, let’s review:

Several key Trump campaign representatives, including Rudy Giuliani, made fortuitous predictions regarding the release of damaging information to the Clinton campaign. This extended to both Wikileaks dumps and James Comey’s infamous letter to Congress a week before the election meant to imply criminal wrongdoing by the Democratic nominee.

Long-time Trump adviser and confidante Roger Stone admitted in a Twitter temper tantrum that he had a back channel connection to Wikileaks founder Julian Assange, who “indeed had the goods on Hillary Clinton.”

Disgraced former National Security Adviser Mike Flynn was fired for his possible ties to Russia, but only after those ties were made public. Trump was warned by both Obama and former Acting Attorney General Sally Yates, and he flatly ignored them.

When it was discovered that Donald Trump’s Attorney General Jeff Sessions had been dishonest about his own knowledge of Russian collusion, he recused himself from any investigation.

James Comey revealed that there was indeed an ongoing FBI investigation into the Trump administration’s ties to Russia during a congressional hearing. The next week he was fired by Trump, on recommendation from Sessions, who is not suppose to be involved in any matter pertaining to Trump connections to Russia. Despite having gone on record numerous times prior to and following the election praising Comey for his October 28th letter to Congress about the Hillary Clinton e-mail investigation, an act that statistician Nate Silver and our very own Alex Mohajer credit for her loss, Trump and Sessions now use the letter as justification for Comey’s termination.

The day after Comey is fired, Trump holds a closed-door meeting with the Russian envoy. No press is allowed, except for Kremlin sources, of course. The White House keeps fairly mum about the meeting, but the Russians tweet a proud photo with both men all smiles. 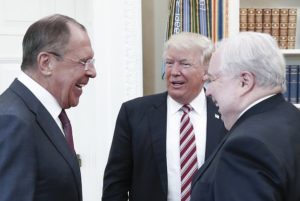 Readers perturbed by this series of events (and if you’re not, you’re either a Republican too entrenched in dichotomous party politics) can respond in a number of ways. Sign the petitions currently gathering signatures. Text RESIST to 50409 and follow the easy prompts to have a letter sent to each of your representatives. Demand that there be an independent prosecutor appointed to investigate what exactly is going on between Trump and the Kremlin.