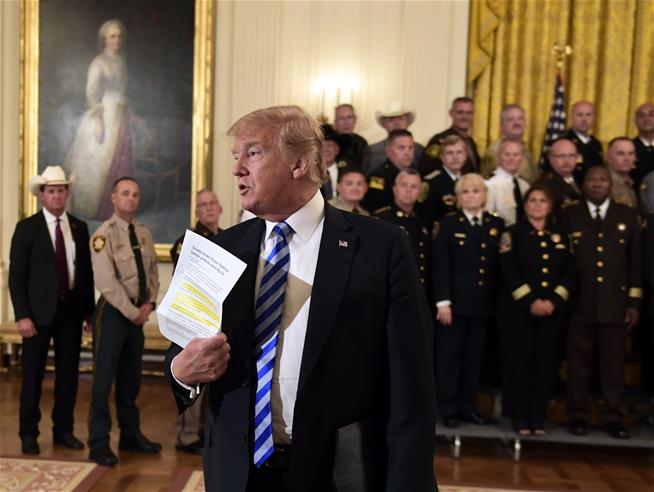 The daily bombast and spectacle coming from the White House have reached a fever pitch. The president publicly chastising Attorney General Jeff Sessions for prosecuting cases against congressional Republicans in the lead up to a mid-term election was just the tip of the iceberg. He has continued to mock and denigrate Colin Kaepernick, the NFL player who has opted to kneel during the Pledge of Allegiance in protest of the disproportionartely high African American murder rate amongst law enforcement officials in America.

And then, on Wednesday, this:

The President also took to his venue of choice for communicating with the American people –Twitter — to accuse the Democrats of Treason. And then, in a fantastic piece of performance art on Wednesday afternoon, took to the cameras to lambast the opinion editorial from an anonymous senior White House staffer who is “leading the resistance from within.” This prompted a flurry of social media speculation as to who the leaker might be and whether the 25h Amendment would be used to remove the current, orange, President of the United States.

On this episode of Bros for America, host and moderator Alex Mohajer is joined by co-hosts Thomas McAbee, Rance Collins, and Daniel Fusselman call bull-shit on Donald Trump’s tactics to lay it out for Americans.

He would prefer we forget that his private personal attorney, Michael Cohen pled guilty and was convicted on 8 criminal felony charges, to which he fully admits and alleges that the president was aware of and is an un-indicted co-conspirator.

He would prefer we forget that he is about to steal his second Supreme Court seat, this time with a nominee who will surely allow him to pardon himself in the criminal investigation being carried on against him by the Special Counsel Robert Mueller.