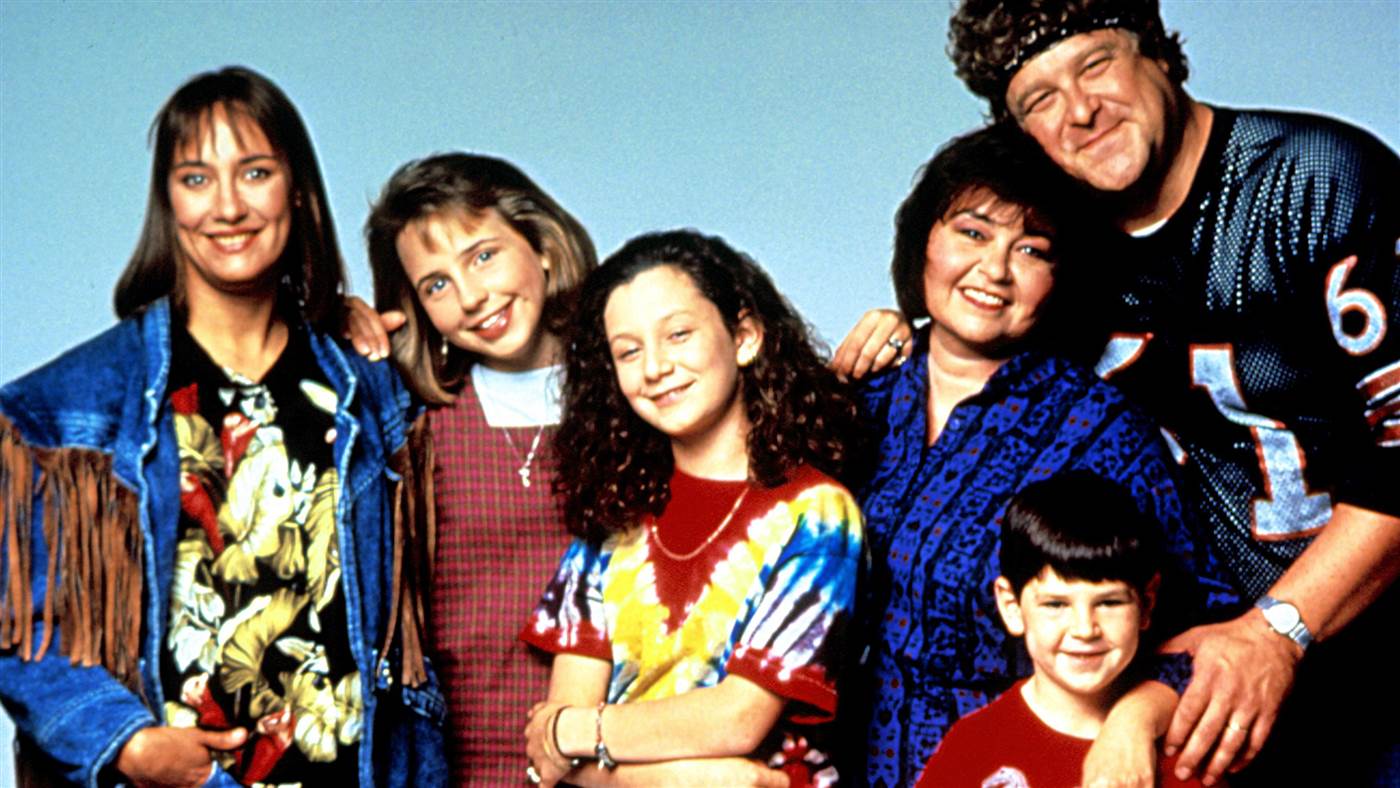 Thirty years after the original cast of Roseanne premiered on ABC during the 1988-1989 network television season, the Conners are back in the age of Trump. Photograph courtesy of Everett Collection.

Donald Trump never specified to which era he was proposing we return whilst campaigning on his nauseating but-goddamn-its-catchy slogan “Make America Great Again.” But with the success of 90s-era reboots like Will and Grace and Roseanne, which premiered last week to 18 million viewers after nearly 20 years off the air, the answer seems unequivocally clear.

“Isn’t it ironic that Donald Trump campaigned on #MAGA, and then as soon as he’s elected, the entire electorate immediately goes, ‘no dammit! We meant the 1990s!” speculated Bros for America c0-founder and editor-in-chief Alex Mohajer on this week’s podcast episode.

“And who was the president in the 1990s?” asked co-host Rance Collins, pointedly.

The sitcom’s latest iteration, though, uses the Trump/Clinton divide in the most recent presidential election as the premise and launching point for its story.  Panelists Daniel Fusselman and Thomas McAbee weighed in heavily on the show’s star, Roseanne Barr, and her noted anti-Clinton stances both on the show and in real life as being problematic given the alternative.

The post-“election” national nostalgia – hysteria?- was just the tip of the iceberg for the Bros, who had many more topics to flesh out and discuss during this week’s

Check out this all-new episode of the Bros for America podcast and subscribe on our page or: