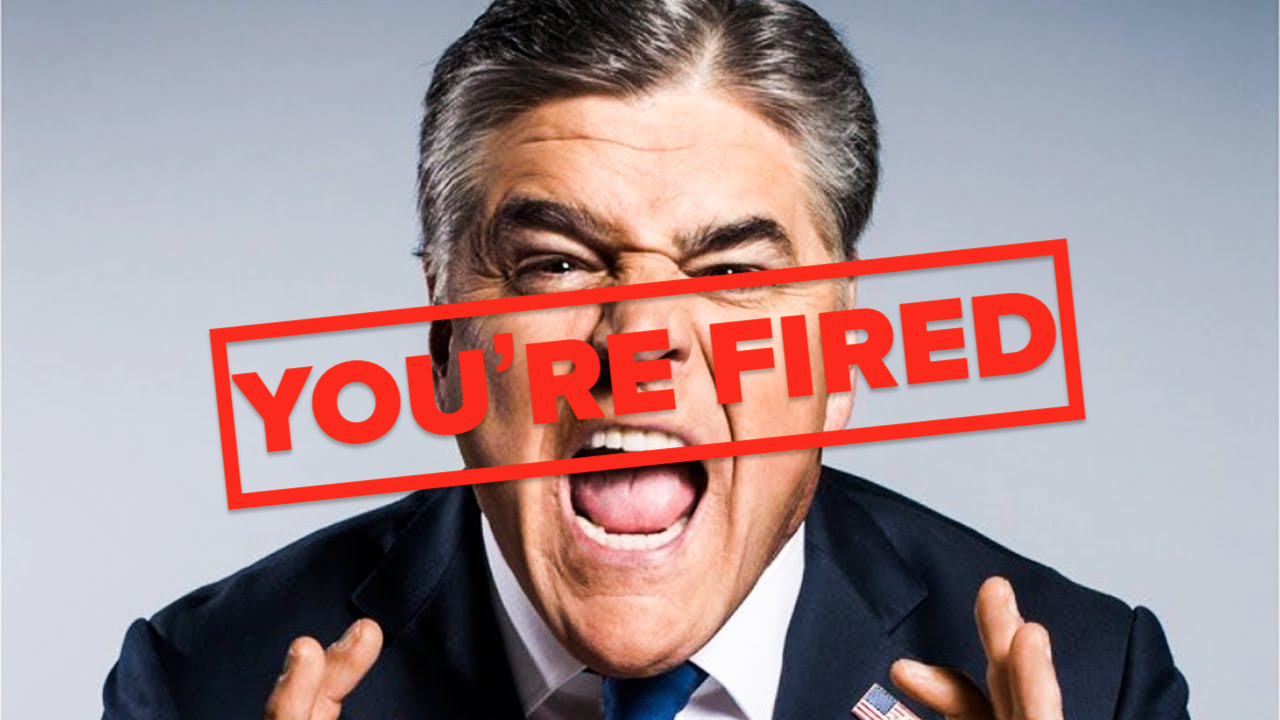 The saga of President Trump’s embattled personal attorney and “fixer,” Michael Cohen, took an unexpected and truly shocking turn today when it was revealed in open court that FOX News’ biggest personality and brightest star, Sean Hannity, was the secret 3rd client of Cohen’s in 2017. The news immediately shocked everyone in the courtroom, allegedly eliciting audible gasps and snickers. Journalists in the room rushed out of the courtroom to announce the revelation, leaving hosts and pundits speechless and shaking their heads in disbelief on live television.

It was a moment in which everyone couldn’t help but wonder what impact this might have on not only Sean Hannity, but the entire FOX News network?

A Breakdown of the FOX News Breakdown

FOX News has been in the news in very troublesome ways, multiple times over the past two years. The founder of the network, Roger Ailes, and the networks biggest star at the time, Bill O’Reilly, were forced out after it was revealed that the network secretly paid millions to settle numerous sexual harassment scandals involving the two. Several months later, host Eric Bolling was let go for similar reasons, forcing longtime co-president of the network, Bill Shine, to resign.

Late last year, there were calls to boycott Sean Hannity and the network after they intentionally peddled fake news and conspiracy theories about murdered DNC employee, Seth Rich. And just this month, Laura Ingraham was forced to take a week-long hiatus from her Prime-Time show on the network after she attacked and bullied teenage Parkland shooting survivor and now gun-control activist, David Hogg, for not getting into several colleges he applied to. As of today, she is back on the air, but almost 2 dozen of her advertisers continue the boycott spurned on by Hogg.

Meanwhile, ratings for the network’s liberal counterpart, MSNBC, have soared, with host Rachel Maddow earning the lion’s share of nightly ratings, a crown previously held by O’Reilly. While the argument might be made that the us versus them partisan divide might be the cause of much of our current problems, MSNBC operates with facts and pushes a leftist agenda, while FOX operates in lies and distortions.

And then there was Hannity…

The revelation that Sean Hannity is a client of Michael Cohen’s could and hopefully will result in further trouble for the embattled network. Sean Hannity has been the President’s biggest cheerleader and defender for almost 3 years now. It is widely reported that he and the President speak numerous times during the week and that he routinely advises the President. As such, he has very clearly blurred the ethical lines of journalism.

He has viciously attacked special prosecutor, Robert Mueller, calling for his termination. He routinely peddles conspiracy theories about the “Deep-State” working to take down the President. He echoes Trump’s labeling of the investigation as a “witch hunt” and almost daily calls career DOJ and FBI employees “partisan hacks”. Even for a network that has clearly devolved into little more than “State-Run Media” and “propaganda machine” for the Republican party, Sean Hannity’s defense and support of this President is been breathtaking.

There is literally no depth to which he will not sink and no mud pit he will not gleefully jump in to protect this president. It has often left me to wonder why, and today’s revelation’s in the Michael Cohen case could shed light on Hannity’s motivations. Sean Hannity isn’t just throwing mud, he is possibly up to his neck in it.

Hannity isn’t just cheering on his buddy, he is possibly actively conspiring to obstruct the investigation into the President to save his own hide.

We don’t know what Sean Hannity used Michael Cohen’s services for. Hannity alleges that he never hired or retained Cohen, never invoiced him, never paid him a dime, but simply asked him as a “friend” some legal questions about real estate. However, that explanation doesn’t hold water. If Hannity simply asked real estate questions, then why is he referred to as a client of Cohen’s and why did he and Cohen both fight tooth and nail to keep his name sealed?

An innocent question about real estate does not warrant the hoops they tried to jump through, nor does it warrant his being named as the 3rd client of Cohen’s, considering the fact that his other 2 clients both required unethical payoffs to cover up sex scandals. The fact that Sean Hannity is now caught up in the chaos and circus surrounding this President and Michael Cohen means that he is not and can never be an impartial host. He is not longer carrying the President’s water, but his own.

Put a Nail in the FOX News Coffin, Once and For All

Every show now is tainted with the prospect that Hannity is supporting this President to save himself. As such, he should not be allowed to use his platform on Fox and should be removed from the air until his legal issues with Cohen and the DOJ are resolved.
We at Bros4America are calling for Sean Hannity to be pulled from the air immediately and are encouraging all our members and every supporter of an unbiased news to support us in this call. We ask those who support us in this cause to please reach out to FOX News’ advertisers and demand that they withhold all ads from FOX until Sean Hannity is pulled from the air. Furthermore, we ask that any business you walk into that has FOX on their tv’s to change the channel or lose your business until Sean Hannity is pulled from the air.

Below is a list of FOX and Hannity’s largest advertisers, please send them a message and let them know you stand with truth, transparency, and ethics and that you will not support propaganda.