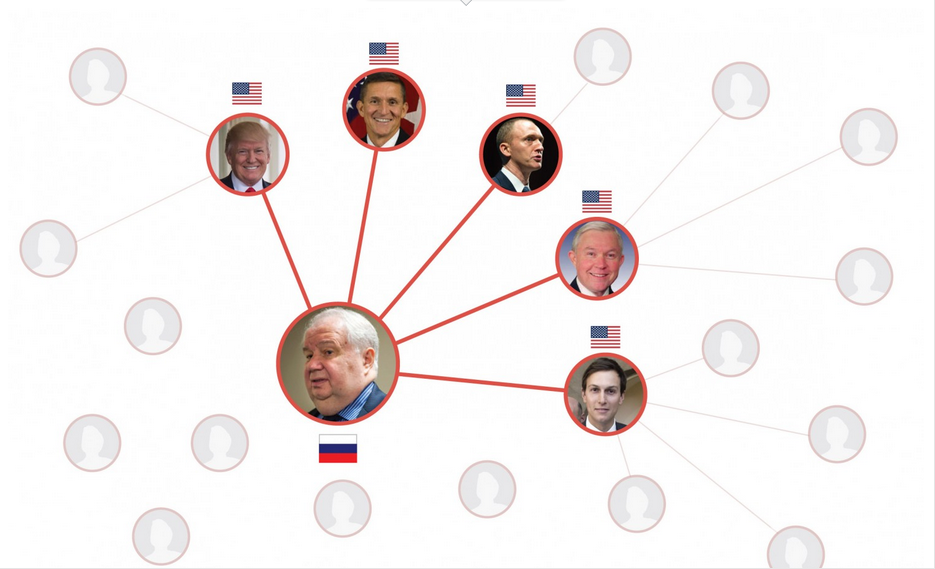 Since the American presidential election last November, stories alleging Russian interference to benefit Donald Trump at the expense of Democratic nominee Hillary Clinton have gone from being called “conspiratorial” to putting Donald Trump within range of having actually colluded with a foreign hostile power to influence the election results.

Aided by the United Arab Emirates, the Washington Post reported on Monday of a secret meeting that took place in Seychelles on January 11th, several days in advance of Donald Trump’s inauguration, between a representative close to Russian President Vladimir Putin and Erik Prince, the CEO of Blackwater (now Academi). Mr. Prince is, of course, the brother of newly appointed Secretary of Education Betsy DeVos, and a major donor to the Trump campaign and the GOP, having donated upwards of $10 million in 2016. Although Mr. Prince did not have an official role with the Trump campaign, though he is said to have been representing Trump as an unofficial envoy during the meeting, which was held for the purpose of creating a back channel between Mr. Trump and Mr. Putin. The Russian representative remains unidentified.

The story comes amidst the recent “Steel Dossier,” the veracity of which has been partially confirmed, alleged that Donald Trump was offered a 19.5% stake in Rosneft, the Russian-owned oil major, in exchange for lifting Obama-era sanctions against Russia. The Steel Dossier has been widely ridiculed by the Trump administration, even provoking Mr. Trump to call the report “fake news.”

Last month, long-time Trump advisor Roger Stone launched into a Twitter tirade in which he seemed to admit that he had colluded with Wikileaks to make the information drop of hacked Clinton and DNC emails in what he called “a perfectly legal back channel.”

More on the alleged meeting from the Washington Post:

“The UAE agreed to broker the meeting in part to explore whether Russia could be persuaded to curtail its relationship with Iran, including in Syria, a Trump administration objective that would be likely to require major concessions to Moscow on U.S. sanctions.”

“[Prince] has ties to people in Trump’s circle, including Stephen K. Bannon, now serving as the president’s chief strategist and senior counselor.”

A Prince spokesman said in a statement: “Erik had no role on the transition team. This is a complete fabrication. The meeting had nothing to do with President Trump. Why is the so-called under-resourced intelligence community messing around with surveillance of American citizens when they should be hunting terrorists?”

“Flynn and Kushner were joined by Bannon for a separate meeting with the crown prince of Abu Dhabi, Sheikh Mohamed bin Zayed al-Nahyan, who made an undisclosed visit to New York later in December, according to the U.S., European and Arab officials, who spoke on the condition of anonymity to discuss sensitive matters.”

“In an unusual breach of protocol, the UAE did not notify the Obama administration in advance of the visit, though officials found out because Zayed’s name appeared on a flight manifest.”

Days before the November election, Prince appeared on the Breitbart radio program, saying that he had “well-placed sources” in the New York City Police Department telling him they were preparing to make arrests in the investigation of former congressman Anthony Weiner (D-N.Y.) over allegations he exchanged sexually explicit texts with a minor. Flynn tweeted a link to the Breitbart report on the claim. No arrests occurred.

Prince went on to make unfounded assertions that damaging material recovered from Weiner’s computers would implicate Hillary Clinton and her close adviser, Huma Abedin, who was married to Weiner. He also called Abedin an “agent of influence very sympathetic to the Muslim Brotherhood.”