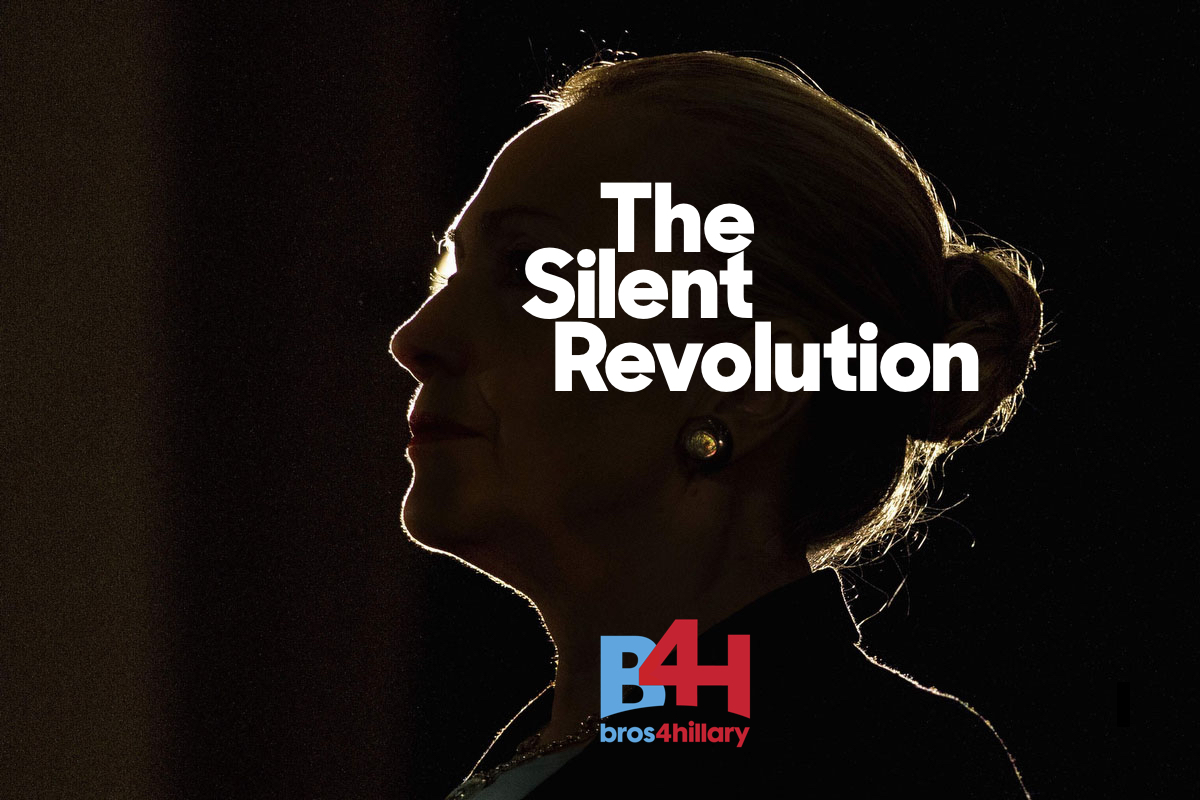 As the final days of the election season unfold, and the core theme propagated by both traditional and social media seems to be the ongoing scorched-earth tactics of her crumbling opponent, something profound and riveting is silently taking place with Hillary Clinton. Without fuss or controversy, in an unprecedented power play, Clinton’s camp is expanding to, and purchasing ad buys in, traditionally hands-off territory for democrats, like Texas, Georgia, and Alaska. Polling there suggests that not only is she competitive in these states, but that in some instances she is within the margin of error, and that she may be seizing on an opportunity to turn them blue.

While naysayers might be quick to dismiss this as a consequence of Trump’s continued downfall, such a dismissal of Clinton’s sheer fundraising prowess and organizational strength and support is a disservice. For all the bluster and pablum about her voters’ lack of enthusiasm, or her “unfavorables,” Hillary Clinton is silently leading an organized march that could see the largest voter turnout in American history, seismically shift the balance of power in down-ticket races, and bring about unprecedented change to the political landscape in Washington.

U.S. House minority leader Nancy Pelosi is poised for a triumphant return to House speaker, one of many potential seismic shifts in power to result from a Hillary Clinton landslide. Photo by AP.

For the past sixteen months, Clinton has been steadfastly and meticulously crafting this movement, entering into a fundraising agreement with the Democratic National Committee that channels funds down-ticket to Democrats in races all over the country.  Meanwhile, underreported scenes from early voting stations in Georgia and Florida, receiving little to no media fanfare, reveal an army of voters, particularly women and African-Americans, turning out in droves to vote. On social media, a massive voter registration effort is underway. Since September 1st alone, Democrats have registered 50,000 more voters in Florida than Republicans. Clinton’s fundraising dominance is unmatched, including by President Obama or her husband, raising over $154 million in September alone.

To be sure, Clinton doesn’t need states like Georgia, Texas, or Alaska to win, and democratic strategists often don’t factor them into their strategy to reach the 270 electoral college votes necessary to win the presidency. As such, her camp’s expansion into traditional red states is even more monumental. While the headlines focus loudly on her opponent’s sexual transgressions or the brouhaha over her e-mails while Secretary of State, Clinton is dispatching her strongest assets, Michelle Obama, Elizabeth Warren, and Bernie Sanders, to republican strongholds like Arizona. Arizona isn’t a safe bet for Clinton, but her camp is looking at the bigger picture.

Suddenly, Senators Kelly Ayotte (R) of New Hampshire and John McCain (R) of Arizona are in fights for political survival. In Florida, Senator Marco Rubio (R) faces a legitimate threat to his seat in challenger Patrick Murphy (D). And it is no coincidence that the Clinton campaign, in a show of power and confidence, should expand now into those territories. Smelling blood in the water, Clinton is going for much more than the presidency.

Indeed, the Democrats may be poised to regain control of the Senate and to retake the House of Representatives, a Democratic “wave” that would radically shift the balance of power in Washington, serve as a mandate of Obama’s presidency, act as a unified show of support for Clinton, and a widespread rejection of GOP obstructionism and inaction.

Until recently, the prospect of Democrats retaking the House of Representatives in this election cycle was all but a pipe dream. But it has become an increasing real possibility, and Clinton is shrewdly channeling her resources into running up the score against her GOP rival with the hopes that Democrats will benefit down-ticket. The potential repercussions of a Clinton landslide are boundless. Current House speaker Paul Ryan (R) of Wisconsin has already fretted publicly that Senator Bernie Sanders (I) of Vermont, Secretary Clinton’s rival during the Democratic primaries, is poised to become the Chairman of the Senate Budget Committee.  Representative Nancy Pelosi (D) of California, the House minority leader who was ousted from the House speakership in 2010 when Democrats lost control of Congress in the mid-term elections, is poised now to retake her formerly held position, and join the first female president as the first (and second) Speaker of the House.

And it took a woman to do it.

Indeed, when all is said and done, it may be Hillary Clinton, in the end, who leads the silent revolution.