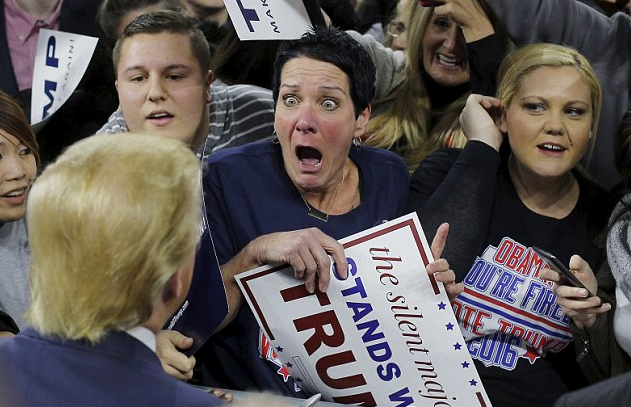 Oops! They did it again. Last night, the Republican Party managed to lose yet another election in a deep red district that, by all means, should not have even been close, this time to Democrat Conor Lamb in the special election for the U.S. House seat in Pennsylvania’s 18th Congressional District.

Republicans keep losing elections, many in districts that overwhelmingly went for Trump in 2016, and each time, we hear talking heads and Republican pundits explain that they don’t have an electoral problem, but rather a candidate problem. After every race we hear that the race was lost because they simply ran the wrong candidate. Roy Moore lost his Senate race in Alabama, a state Trump won by 28 points, because of allegations of child molestation. Ed Gillispie lost the race for Governor in Virginia because he wasn’t “Trump enough.” Over and over the story is the same.

The latest example is Rick Saccone in Pennsylvania’s 18thCongressional district. This is a district that Trump won by 20 points in 2016. It has been Republican controlled for almost two decades and has trended so Republican in recent years that Democrats didn’t even bother to run a candidate in 2014 and 2016. It is rated as being 11 points more Republican than the national average which puts it in line with the entire state of Idaho. That is how Republican this district is.

Throw into the mix the fact that Pennsylvania’s supreme court just ruled that this state has been unconstitutionally gerrymandered to favor Republicans, and this is a race that the GOP should never have even had to worry about.

And yet here we are.

Saccone was just a terrible candidate. On CNN, former Pennsylvania Senator Rick Santorum kept saying that this is all Saccone’s fault. He didn’t have a message, he couldn’t raise money, he was gaffe-prone. “Had a normal Republican candidate run,” Santorum opined, “this election wouldn’t be close.”

WATCH: The Bros 4 America original short “Donald Trump is a Fucking Racist,” an entry into our SHE TRIED TO TELL US series.

After decades of FOX News propaganda and fear-mongering, the base is simply not interested in anyone who might compromise with Democrats. They are scared to death of immigrants, Muslims, the LGBT community, Black Lives Matter, powerful women and the changing tide of the demographics in America.

They’ve been force fed a non-stop diet of “liberals will destroy this country” and Kenyan-born Obama (a black man!) and Hillary (a woman, even worse, apparently) hate this country and want to bring it down and they believed it. I’m talking about voters who truly believe Obama was a Muslim and born in Kenya, and even worse, that being Muslim or Kenyan are implicitly wrong or bad. that Hillary Clinton really did run a child-sex ring out of the basement of a pizza restaurant and that John Podesta personally kidnapped a child in Portugal. That is the base of the Republican party today.

The real problem is that the further right that Fox, Breitbart, Info Wars, the NRA and other conservative groups push the electorate to keep their attention and continue to scare them for votes, clicks and money, the more extreme the Republican party and its candidates will continue to get. Until right-wing media and mega-donors like the Koch brothers and the Mercers realize that they are the problem, Republicans will never field large majorities of moderate, sane candidates.

The GOP is a bad national party. The party leaders who develop its brand and platform have either preached or apologized for a message that preaches that immigrants are the root of all your problems, that education is a financial burden, that women are meant to be seen and not heard, that black people are criminals, that Democrats hate God. As long as that continues, extremists will continue to win primaries and the party will continue to hemorrhage voters and lose races. And with the electorate and legislature finally awakening to and tackling the gerrymandering, voter suppression, and systemic failures that have allowed this abomination to continue, that blue wave is looking more and more like a reality.