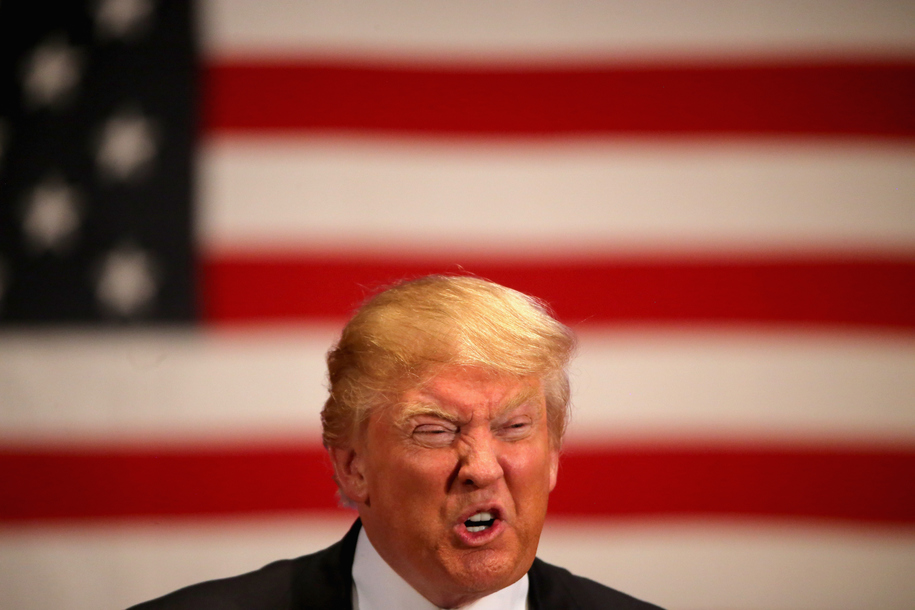 The Republican Party is in turmoil and ripping apart at the seams. Donald Trump’s comments about being able to do anything he wants to a woman because he’s famous, including “grabbing them by their pussy,” have driven scores of GOP leaders to denounce Trump and ask him to step down as their nominee.

These leaders claim to be acting out of outrage. “Enough is enough,” we hear them saying, as if they’ve been blissfully unaware of the barrage of offensive things Donald Trump has said over the past year.

But the GOP’s pretext of moral disgust and superiority is anything but their true motivation. They see the ship is sinking and they’re desperately trying to get off the boat before it takes them down with it. Donald Trump has run a morally repugnant campaign from day one. He started his campaign by calling Mexicans rapists and murderers. He mocked a disabled reporter. He said John McCain wasn’t a war hero because he was captured. He attacked a United States-born federal judge and said he couldn’t do his job because he was Mexican.

Donald repeatedly claims on the campaign trail that black people are “living in hell” and are worse off today than any time in their history. He refers to women as slobs and pigs, calls for a ban on all Muslims from entering the country, says women must be punished for having abortions. He attacked a Gold Star family and called military members struggling with PTSD “weak.” The list just goes on and on.

The problem is that almost no one in the Republican party stood up along the way to denounce him when it would have mattered, during the primaries. They all stood by and allowed him to say increasingly dangerous and provocative things, hoping he would shoot himself in the foot. And one by one, sixteen GOP contenders for the Republican nomination for president fell by the way side. They were all afraid to take on the bull, and risk his horns.

Had there been a concerted effort, like the one we’re seeing today, Trump could have been stopped before he became the nominee and before he destroyed the party. But the GOP as a whole displayed nothing but spineless inaction and complacency. Merely two days ago, just before the scandal broke, Ted Cruz, possibly Trump’s most vocal critic on the Republican side, was photographed pathetically making phone calls on behalf of the Republican nominee at a voter drive.

Too little, too late. It is simply too late to denounce Trump. While speculation has hit a peak with regards to whether Donald Trump can be replaced on the ticket, such speculation is merely media fodder. Independent experts and legal analysis has already shown that it is not possible for Donald to be replaced on the ticket unless he were to voluntarily step down. And he has already said that he’s not doing that. Republicans cannot wash their hands of him one month before the election because they’re terrified he’s going to take them down with him. That isn’t moral superiority, its moral abdication. They had a duty and responsibility from day one and they failed. We should all remember and hold them accountable on Election Day. Never Trump, Never Republican.

You created him. Now live with him.

Thomas McAbee is one of the founding members of Bros4Hillary and the group’s Senior Adviser. You may reach him at bros4hillary@gmail.com.