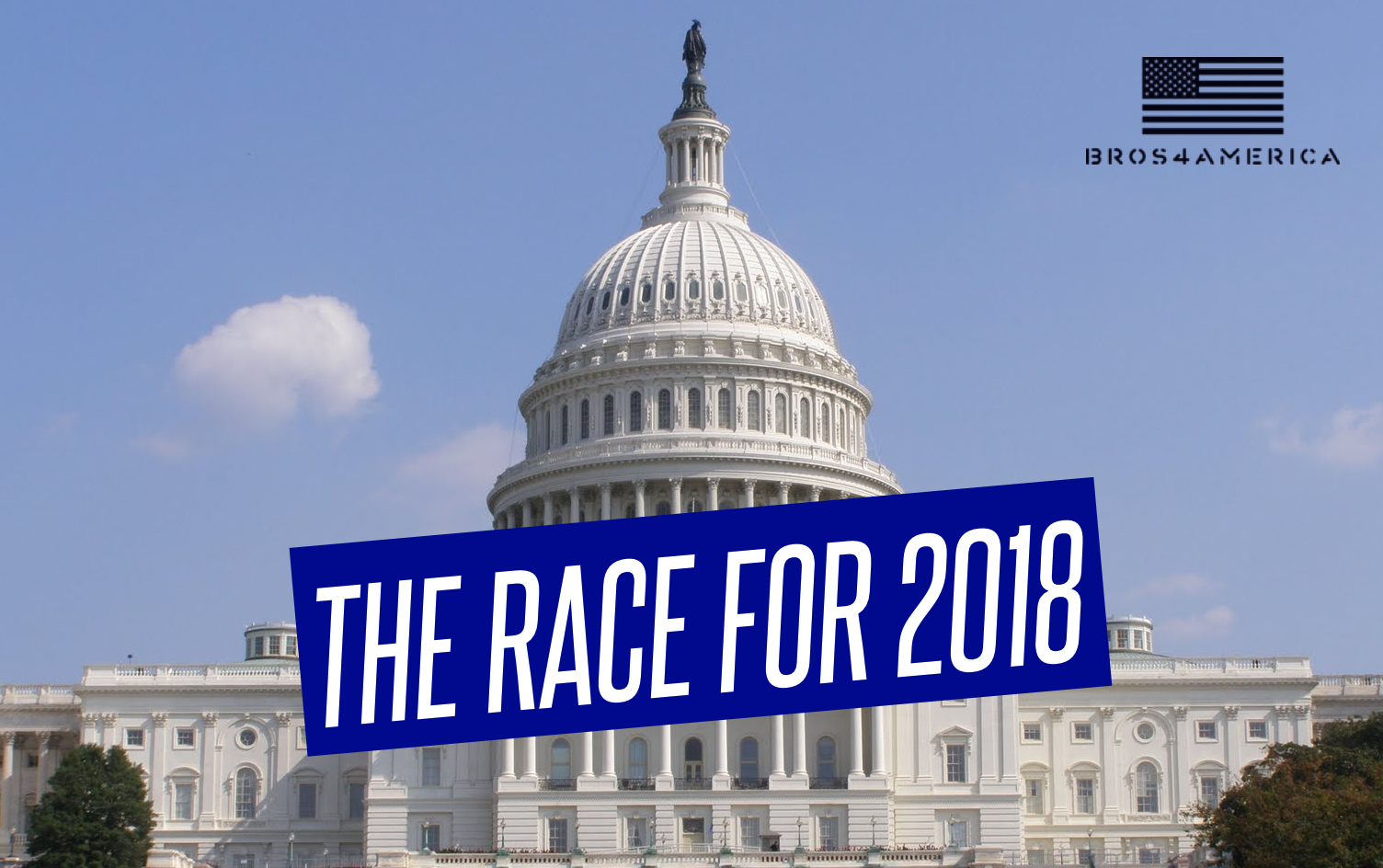 WARNING! REAL TALK AHEAD. PROCEED AT YOUR OWN RISK. THE RACE FOR 2018 HAS ALREADY BEGUN!

The 2016 presidential election was nothing short of an American tragedy.

But the Resistance movement that was born from that tragedy showed its teeth last week in this years elections for several state Delegate’s races, two gubernatorial races, and tons of other state-wide elections and mayoral races in which Democrats won with such a large margin that many have called it the beginning of the “Blue Tsunami” on social media.

The feelings of elation are worth it: for the past year, resistance activists and leaders have been chewing their fingernails in anticipation of this result. On top of Phil Murphy’s gubernatorial victory in New Jersey (which effectively ousted Republican governor and former failed presidential candidate Chris Christie, was a Ralph Northam’s newly-won governorship in Virginia.

Virginia broke history in more ways than one: Democrat Danica Roem bested Republican Bob Marshall for a seat in Virginia House of Delegates (the state’s parliament), making her the first transgender person to serve in the Virginia a particularly profound accomplishment given that Marshall had won re-election in his district 14 times and served in the legislature of TWENTY-EIGHT years. Even more sweet: Marshall happened to be the gentleman who wrote the anti-trans bill which made controversial headlines this year.  At least 8 transgender people were elected to government office last week total. Wow.

“There is so much more portrayal of #LGBTQ people in day-to-day life now…and representation is power.” – Danica Roem (@pwcdanica), the first openly transgender member of a state legislature https://t.co/D2QYJ47sMv

There’s no doubt that progressives and liberals made history (and progress) last week.

But while the celebration is well worth it, it would be unwise and indeed foolish to believe that Democrats can rest on their laurels. The real test of this movement isn’t in 2020’s presidential race. That kind of thinking is what gave us Trump to begin with. The real test will be in the 2018 mid-term elections in which Democrats are aiming to take back the House of Representatives — and, maybe– the Senate.

Democrat Doug Jones is vying to fill the vacant U.S. Senate seat left by embattled Attorney General Jeff Sessions. He faces off against Roy Moore, the Republican against who recent allegations of an improper relationship with a minor child were lodged. Via dougjonesforsenate.com

And that can be influenced even sooner than next November– Alabama is holding a special election on December 12, 2017 to fill the United States Senate seat left vacant by embattled Attorney General Jeff Sessions, who famously recused himself from the DOJ’s probes into Donald Trump’s campaign connections to Russia during the 2016 election. The candidates? Doug Jones, a former U.S. Attorney for Alabama faces off against Republican Roy Moore, a former Chief Justice of the Supreme Court of Alabama won the Republican primary after defeating incumbent U.S. senator Luther Strange in the primary runoff.

Moore is of course the subject of enormous scrutiny and under great pressure right now, from Democrats and Republican leaders, to step down from his campaign given the allegations that surfaced last week claiming that he engaged in inappropriate relations with minor-aged children.

Moore has to go. It’s our duty to make sure it happens.

In the upcoming mid-term elections, Democrats will need to hold off GOP challengers and WIN 3 seats currently held by Republicans in order to take back the United State Senate. This is going to be a sizable challenge but not an impossible one, as only 9 Republican seats are up for re-election in 2018.

Conversely, if Republicans are able to make a net gain of 8 seats, they will achieve a filibuster-proof majority render Democrats powerless and ensure at least four years of Donald Trump’s unchecked reign. There are 25 Democratic and Independent seats up for election. We simply cannot allow that to happen.

Democrats best hope at impeachment, or mitigating more damage by the Trump regime, will need to hold off challengers and net three GOP seats.

This is tough terrain for Democrats. The Democratic National Committee just elected it’s new leadership on Saturday, and it’s time to get serious about 2018 midterm races.

Check out our Elections section for more up to the minute updates on the various campaigns to watch.