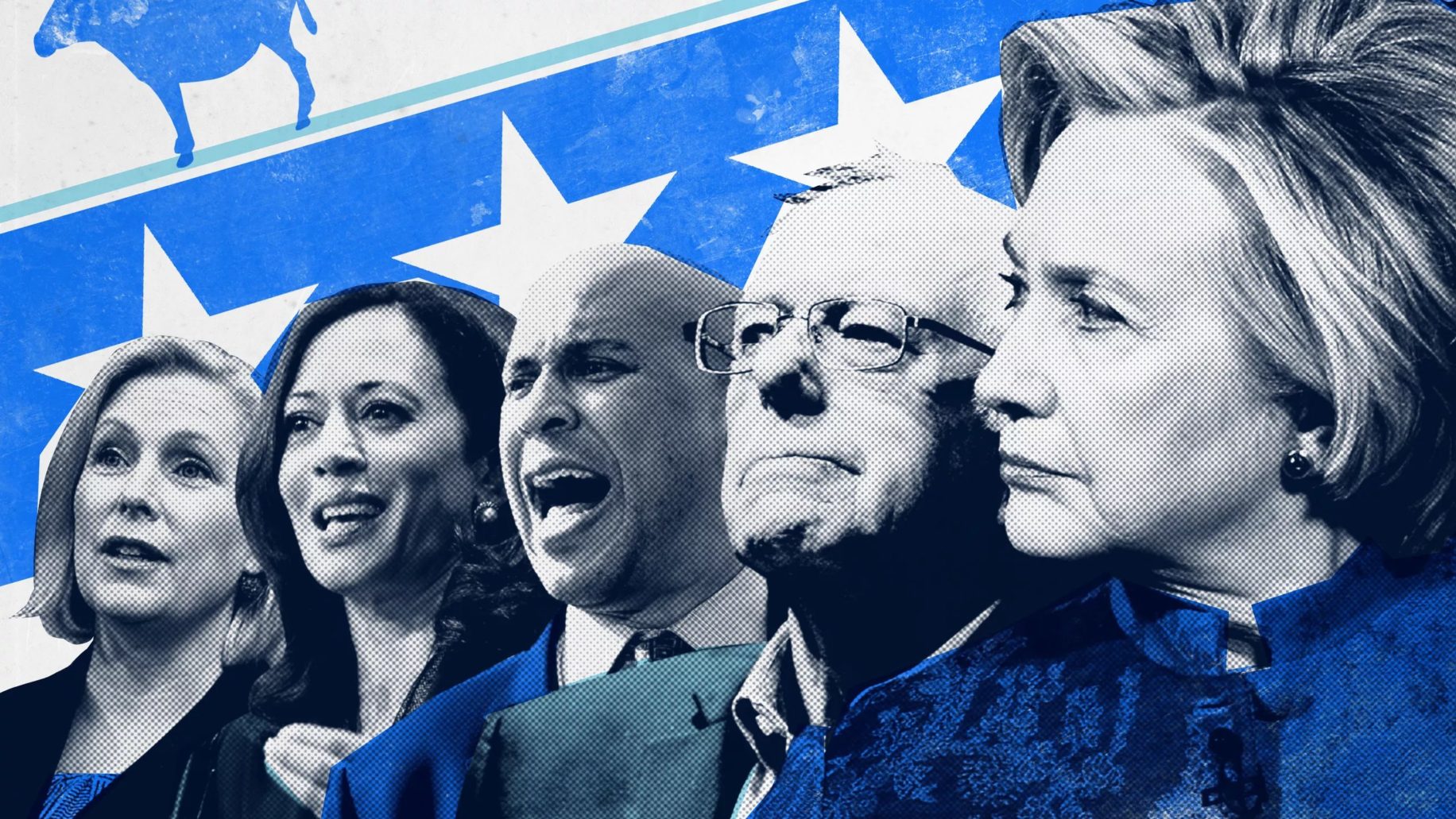 Photographs courtesy of Getty Images and illustrations by Ringer

For many of us, Donald Trump’s victory in the 2016 American presidential election came as a shock. A year and a half have passed since the election results came in, and the country is still engaged in a grueling, protracted national post-mortem, trying to digest and make sense of what happened. Many of these narratives are easily disproven or illogical, but one of them, born from the inter-party divide that has been exposed in the Democratic Party since the election, is particularly confounding. The gist? Democrats are a party in chaos.

“Had Hillary been further to the left, she would have won,” one pundit declared definitively in the aftermath of Election Day.“Democrats lost because they didn’t pick someone far enough to the left.”

This take on the 2016 election is everywhere. There was a perpetual scolding of rank and file Democrats by the left wing of the party, who still opine today that “Bernie would have won.”

This struck me and many other experienced pols as odd. That’s simply not how elections work. Since at least the 1970s, candidates have rushed to the center as soon as their respective primaries have concluded, not the fringe. This is how elections are won. However, this faction of the party punches down at centrists and moderates, oftentimes using “moderate” or “centrist” as a pejorative in political debate.

In political science, its referred to as Median Voter or Central Voter Theorem. It’s time-tested and true. Moderates win elections. The left will always swing one way. The right will always swing the other. Elections are about all those people in the middle.

The 2017 and 2018 elections have widely born that out. A mistruth stated one million times does not become correct with repetition. When former failed presidential candidate Senator Bernie Sanders (I-VT) lost the Democratic Party’s nomination for president, his supporters launched Our Revolution, a political action committee aimed at raising funds and lobbying for progressive candidates. Since the 2016 election Sanders and Our Revolution have attempted to demonstrate the power of their coalition by way of endorsements, or lack thereof, in special elections.

Sanders has endorsed in just nine competitive federal or statewide primary campaigns so far this election cycle, even as hordes of candidates have rushed to paint themselves as mini-Bernies across the country. Of those, just one Sanders-backed candidate has won a competitive House primary this year – and that was former Chicago mayoral candidate Chuy Garcia, who has a solid political base of his own in the city’s Hispanic community following his 2015 run for mayor and would have won without Sanders’ help.

Candidates endorsed by Our Revolution have been more likely to lose their elections. Despite fierce comments on Facebook and red rose Twitter, there are no electorally significant hordes of socialists just waiting to be politically engaged. There are just candidates more in sync with their districts or too progressive for the district they live in. Moving further to the left relies on a smaller base of purists.

Over in Virginia, the Virginia General Assembly just voted to expand Medicaid. Under the “centrist” governor Ralph

Northam, 400,000 low-income Virginians will gain access to healthcare. In California, Democrats swept the recent primaries. After the jungle primary and much speculation as to potential Democratic lock-outs, a Democrat is running in every congressional district in California.

Democrats have flipped at least 43 legislative seats away from Republicans since the 2016 election. Despite ongoing media narratives attempting to portray Democrats as lacking a message, having no policy proposals, not being progressive or leftist enough, or being too liberal or too establishment, there is no evidence to support this. In fact, if momentum holds, we could be in for a massive “blue wave” this November

The Democrats will be alright.