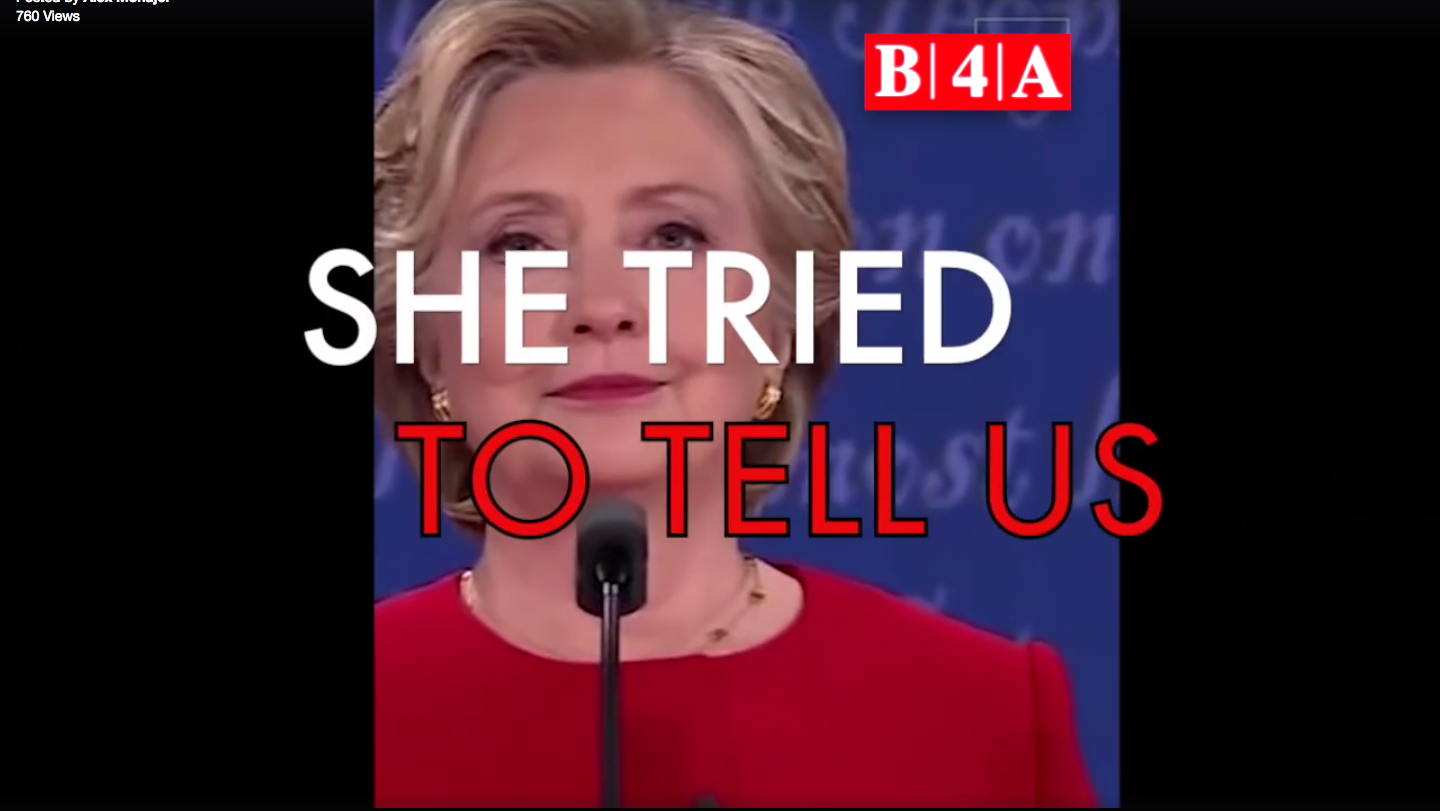 Bros4America is back with an all-new episode of “She Tried To Tell Us,” an original web short series featuring Hillary Rodham Clinton. In this very special episode, we are letting Rosie O’Donnell take the reigns. During a now-infamous December 20th, 2006 episode of the ABC daytime talk show The View, the controversial former co-host launched into a glorious take-down of real-estate tycoon Donald Trump.

Later in that episode, the panelists welcomed none other than then-Senator Hillary Clinton from New York to the panel, ironically sidestepping questions about her presidential aspirations (she announced her historic bid for the presidency only a month later). Still, the coincidental timing of the Rosie take-down is every bit as delightful, funny, and spot-on as it was ten years ago

Throughout her prolific political career and life, Clinton hasn’t received the credit she’s due for her wherewithal and insight. But taking trips down memory lane reveal that hindsight is 20/20, and Secretary Clinton has been offering shockingly prescient insight throughout her career into life in Trump’s America.

Couldn’t have said it better ourselves, Rosie. O’Donnell went on to warn of an issue that would become a campaign motif: whether or not Donald can really claim to be self-made when he received extensive loans from his father and filed multiple bankruptcies in which he shorted every day Americans who worked for him but was able to retain his wealth. The episode concludes with Rosie comparing Trump to a snake oil salesman from The Little House on the Prairie to comedic effect.

Ironically, the guest on that day’s episode? None other than then-Senator Hillary Clinton, who sidestepped questions about her 2008 presidential ambitions. A month later, she would announce her trailblazing campaign for the presidency.

In recent days, there has growing speculation that Clinton may have been denied the presidency as a result of a massive Russian influence peddling campaign that investigators now suggest may have involved collusion with members of Trump’s presidential campaign.

“She Tried To Tell Us” was produced and created by Alex Mohajer, with music by placeboing and featuring the voice of Michelle Chase as Hillary Clinton. Special thanks to Kiran Kaur, Slate, ABC Television, Hillary Clinton, and Rosie O’Donnell.