7 Reasons Why Hillary Just Had The Best Day Ever 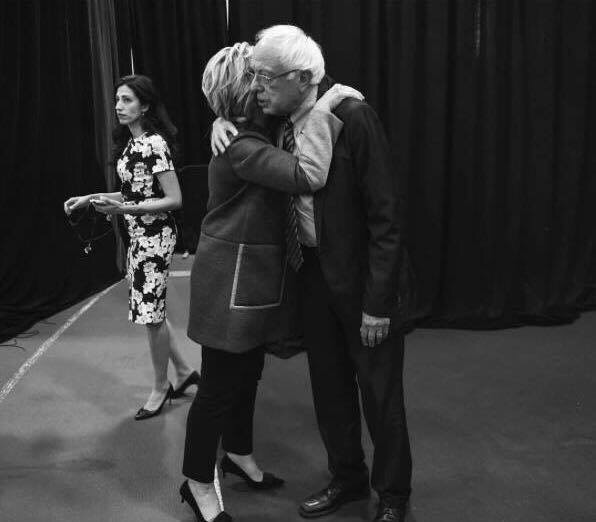 Not one for the history books, necessarily. And in terms of splashy moments, her commanding performance at the first Presidential debate on Monday will definitely be one people will remember.

But if I were a betting man, I would go out on a limb to make a pretty bold declaration: Today was arguably the best day of this campaign cycle both for Hillary Clinton and democrats.

The star wattage blazing across the country in support of top and down-ticket candidates was staggering. And the resulting effect on millennials and the working class could be just what this campaign needs. Let’s examine the evidence:

Wonder if FLOTUS caught this while in PA today? Bros4Hillary is currently in the middle of a massive swing state voter registration campaign.

1. Michelle Obama eviscerated Trump on the birther issue while campaigning for Hillary in Pennsylvania.  A hotly contested swing state.

Not only that, but her moment about being confounded as to why anyone could say they are not inspired by Hillary was a show-stopper for the ages. An excerpt of Michelle’s comments while speaking today at La Salle University:

“And here is what I absolutely know for sure — listen to this — right now we have an opportunity to elect one of the most qualified people who has ever endeavored to become president. Hillary — Hillary has been a lawyer, a law professor, first lady of Arkansas, first lady of the United States, a U.S. senator, secretary of state — do you hear me?

No one in our lifetime has ever had as much experience and exposure to the presidency: not Barack, not Bill, as he would say, nobody, and yes, she happens to be a woman.”

2. Hillary and former-rival Bernie Sanders campaigned together in New Hampshire, and Bernie was passionate about it. This photo. My god, this photo!

3. President Obama showed us all in Virginia tonight what it truly means to be Commander-in-Chief and how passionate, respectful, and loving a president must be to his (or her) military.

A tender moment between former President Bill Clinton and an adoring audience at Los Angeles Technical Trade College on April 3, 2016. This photo was snapped from the stage by B4H Political Director Alex Mohajer.

6. Trump is really being held accountable today by the media for his incessant fat shaming of women, including Kim Kardashian.

7. Republicans went on CNN and told Don Lemon it’d be disastrous for Trump to bring up Bill Clinton’s discretions as president, given that most people feel sorry for Hillary for that very situation.

The tide of the election may be turning, but it is going to involve continued persistence and hard work to make sure this team effort pays off! All hands on deck!