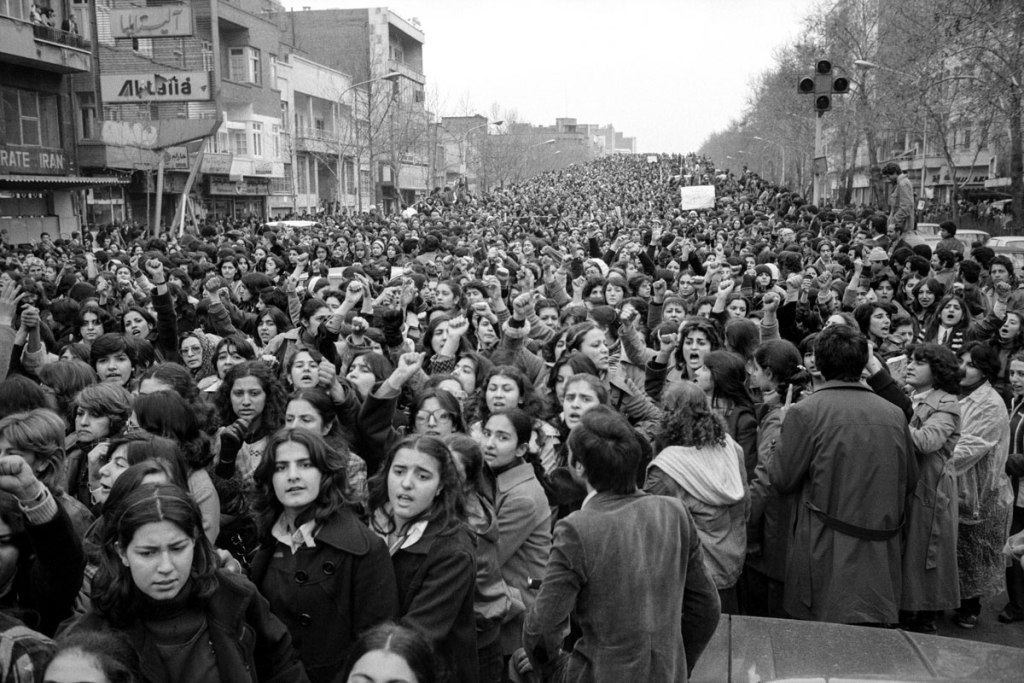 “You are not responsible for the past, but insofar as you do nothing, you are complicit in the present created by it.” ― Jonathan R. Miller

Just days after the country’s new government assumed power, hundreds of thousands of women took to the streets to march in protest. The unprecedented demonstrations erupted as a result of rumors that the new regime planned to implement anti-women orders, despite having risen to power under the guise of a populist, nationalist message that promised to drain the swamp, so to speak, of the nation’s elitist forces, excesses, and perceived corruption.

Indeed, the power dynamics of the country had suddenly shifted in a surprising conservative backlash fueled by support among uneducated, working-class males and aided by a fractured left-wing composed of socialists, social democrats, and liberals who failed to take the threat of a potentially fascist new government seriously. Many citizens simply felt it was impossible…until it became inevitable.

After the dust settled, critics alleged that vote-rigging and the dissemination of fake news had helped usher in the new administration and produced a conservative-controlled legislature that would act as a safety net.

Faced now with a potentially regressive agenda that would undo seventy years of hard–fought advancements for women, a concerned citizenry found themselves marching in the streets. “Freedom is universal,” they chanted, while others carried home-made signs and banners reading variations of “we will not go backwards!”

No, this is not the story of the Women’s March on Washington, D.C.

If the story sounds a lot like the Women’s March on D.C., that’s because the parallels between the rise of Donald Trump in 2016 and Khomeini in 1979 are uncanny. While the history of the Islamic Revolution in Iran is well-documented, the “Iranian Women’s Uprising” that came just weeks after Khomeini took power is scarcely told of. The uprising has become the stuff of lore among Iranian and feminist historians, as it challenges popularly-held notions that the country lacks a feminist or progressive political and/or ideological presence. However, due to the country’s practice of censoring potentially seditious information, there are limited resources available about the historic event.

Nevertheless, the story goes that on March 8, 1979, women protested the newly-installed Ayatollah for six consecutive days over rumors that he planned to make wearing the hijab mandatory, despite his previous assurances that civil protections would not be affected.

“The women who participated in these demonstrations strived for a democratic, popular and progressive republic. They wished to prepare the way for freedom and the country’s progress, not the return of [political systems that had been displaced],” said historian Nasser Mohajer (no relation) in a 2013 joint interview with colleague Mahnaz Matin for the Persian language Journal Shahrvand, as transcribed by IranWire.

Iran and the United States are, of course, political enemies, with renewed tensions arising in recent weeks over Trump’s controversial travel ban and newly imposed sanctions, exacerbated by his frequent campaign promise to kill the Iran Nuclear Deal. The tensions however were born decades ago, with the Shah’s fall and the subsequent Iran Hostage Crisis cementing western depictions of the Iranian Revolution as being a referendum on theocracy.

While for some it may have been, that narrative disregards the complex sociopolitical forces at play and the political diversity of the Iranian people, many of whom had actually been mobilized by the promise of freedom from monarchical corruption and imperialism, even as the country enjoyed relative prosperity under deposed Shah Mohammad Reza Pahlavi.

Unfortunately, social progress, modernity, and freedom were among the many broken promises of the Ayatollah.

“We Will Not Go Backwards!”

A popular slogan that emerged from the Iranian grassroots movement of 1979 was “we did not make a revolution to go backwards,” a refrain reminiscent of one heard at the Women’s March on D.C. Of course, Donald Trump and the conservative media would have you believe his election was the revolution, but the will of the electorate was not responsible for his rise to power. Indeed, the American revolution of 2016 took place in abstentia, choosing not to vote or casting their ballots for third-party candidates.

”I regret not voting, I never thought Donald Trump would win. I would have voted for Hillary Clinton, but I didn’t. I thought she would win the White House,” said 31-year-old David from New Jersey to the Guardian last November.

“They did not believe for a second that the hijab would become compulsory in Iran,” Matin said, pointing to a similarly fractured left wing as reason for the Ayatollah’s relatively swift rise to power.

Historians believe that the Women’s Uprising was an opportunity to mount the requisite political opposition to stop the repressive Islamic regime, but that the opportunity was squandered by inexperienced young people who pushed for the Islamic Revolution with hopes that, by deposing the monarchy, they would pave the way for expanded freedoms.

Get rid of the imperialist no matter the cost to pave the way forward. Sound familiar?

In the days preceding last November’s election, Clinton (often accused by propagandists and detractors of being an imperialist herself) warned about taking the election seriously. On the eve of the revolution, concerned Iranians similarly cautioned against following the clergy. The response: “We are not following the clerics…Khomeini is a…progressive!”

Many simply felt that the religious faction was incapable of governing a complex nation and would soon be compelled to yield power. Nevertheless, revolutionaries “harbored a genuine desire for the country’s democratization and progress.”

A Cautionary Tale for Democrats and Liberals

Iran’s left wing was in the midst of an identity crisis in the late 1970s that ultimately rendered it incapable of mounting an effective opposition. Political activists were consumed with determining the political class character of those in power, often demonizing capitalism and the well-to-do. Sanders campaigned on a “revolution” motif and relied on assertions that Clinton was a corporate “shill,” even as her voting record in the United States Senate demonstrated that she was one of its most liberal members. Following the election, the infighting between the two camps has sparked concerns over the future of the Democratic party.

Iranian history suggests that the resolution of this “Democratic Civil War” must become the foremost prerogative of Democrats and liberals aiming to retake the government. For Iranians, allowing Khomeini’s rise with hopes that it would eventually pave the way for forward progress was not a recipe for success.

“In spite of so much political diversity,” said Matin of revolutionary Iran, “the idea that we must stay united began to take precedence.” The notion was not lost on Clinton, who ran the final months of her presidential campaign on the slogan “stronger together.” While it was not enough to heal the divides of the American left in 2016, the original Women’s March teaches us that our future as a nation may depend on it.

This piece originally appeared in The Huffington Post on March 19, 2017.