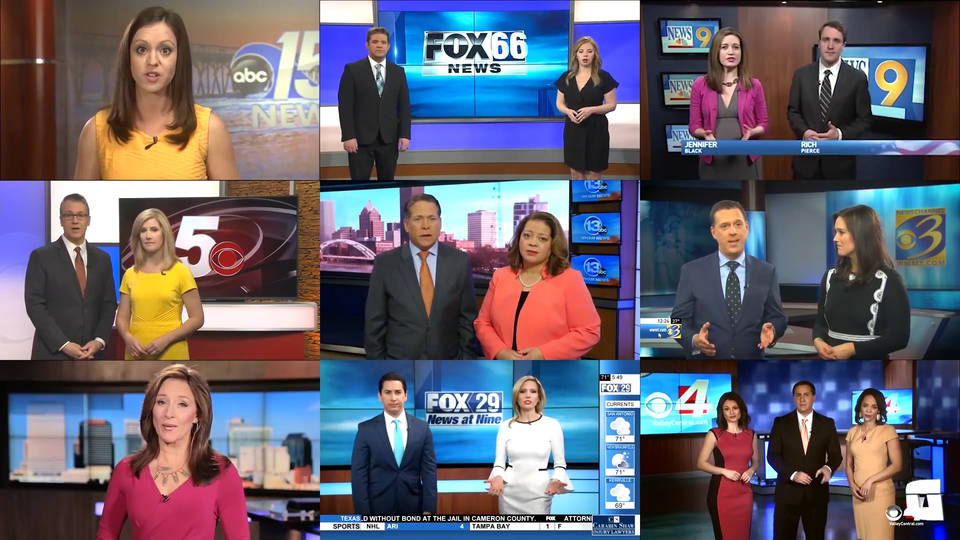 Congress and FCC Must Halt Sinclair Broadcast Group's Purchase of Tribune Media
Last week, Deadspin dropped a chilling viral video of nearly 200 local news stations and affiliates owned or operated by the Sinclair Broadcast Group from across the United States reciting identical speeches warning their audiences of “fake news,” and sounding an awful lot like Trump propaganda. The video came following reports earlier this month that Sinclair mandated local anchors to film promotional spots in which they decry “the troubling trend of irresponsible, one-sided news stories plaguing our country” while “some members of the media use their platforms to push their own personal bias and agenda to control exactly what people think.”

Sinclair news anchors: “The sharing of biased and false news has become all too common on social media. More alarming, some media outlets publish these same fake stories, stories that simply aren’t true, without checking facts first. Unfortunately, some members of the media use their platforms to push their own personal bias and agenda to control exactly what people think. And this is extremely dangerous to our democracy.”

The incident has gone massively viral amidst the recent unease reported by local newsrooms that Sinclair, which has made it a mission to gobble up smaller newsrooms across the nation, is consistently interfering with best practices and day to day operations of these smaller local entities with the express goal and effect of airing right-wing propaganda to local television broadcasts.

This isn’t new behavior from Sinclair Broadcast Group. From requiring its affiliates air anti-John Kerry promos in 2004, to running “Terror Alerts” in the height of the Iraq War,  Sinclair is bringing fascism and authoritarianism to America and must be stopped.

Sinclair Broadcast Group is now attempting to acquire Tribune Media Group, which would give Sinclair ownership and control of Tribune’s 42 stations across the United States and expand Sinclair’s reach to approximately 72 percent of American households.  This is significantly higher than the nationwide audience cap currently established by statute (currently 39 percent).

Sign the petition by MoveOn.org demanding that Congress and the Federal Communications Commission halt this merger, and then check the list of stations owned or operated by Sinclair Broadcast Group here. If you’re a Sinclair employee who has something to say—anonymity guaranteed on request—let us know or use our anonymous contact.
Related Topics:action alertscongressFCCfreedom of speechpetitions