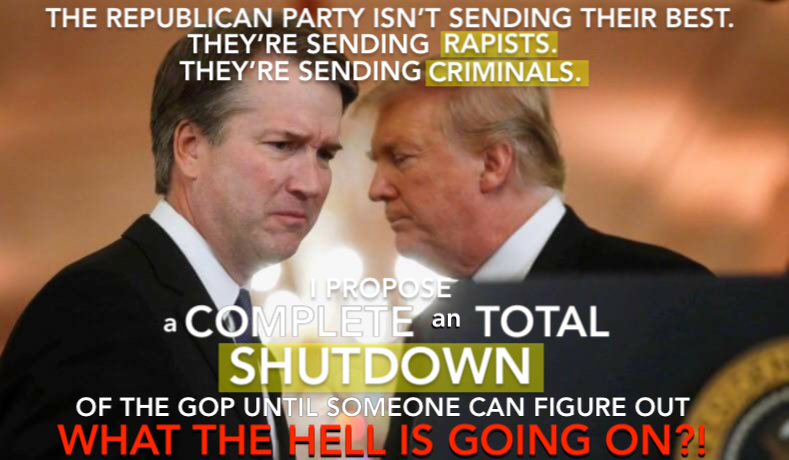 Just hours before the United States Senate is expected to confirm Supreme Court nominee Brett Kavanaugh- thanks to an announcement Friday morning that Republican Senator Susan Collins (R-ME) had decided to supply a crucial yes vote- troubling details regarding Kavanaugh’s shady finances have emerged thanks to the investigative work of author Greg O’Lear.

Among other things, O’Lear has uncovered testimony given during Kavanaugh’s confirmation hearings that are in direct discrepancy with his financial disclosures. For one, much of the spending Kavanaugh reported on his disclosures were for home improvements, the majority of which require permits. But information requests into Montgomery County, Maryland produced no such permits.

The investigative work also takes a look at Kavanaugh’s disappearing debts, which has been previously reported on, but examines them in context with Kavanaugh’s testimony.

The confirmation vote for Mr. Kavanaugh was temporarily postponed from its expected vote last week when Senator Jeff Flake of Arizona agreed to move him out of the Senate Judiciary Committee and up for a floor vote, but expressed that he would not feel comfortable actually confirming him until an FBI investigation was conducted into the claims of his multiple accusers with regards to sex abuse.

The allegations roiled a nation, and yet the details of the FBI investigation-  which failed to interview 40 key witnesses including Dr. Christine Blasey Ford and Kavanaugh himself- will not be released to the public, thanks to Senate Majority Leader Mitch McConnell.

The shady and secretive nature of the handling of the FBI probe has many calling it a sham.

The Senate is expected to confirm Kavanaugh today.

O’Lear previously penned the Russian exposé #DirtyRubles, a deep dive into TrumpRussia. You can find his work on Medium here  or on Twitter here.