Senator Diane Feinstein to Run for Re-Election in 2018 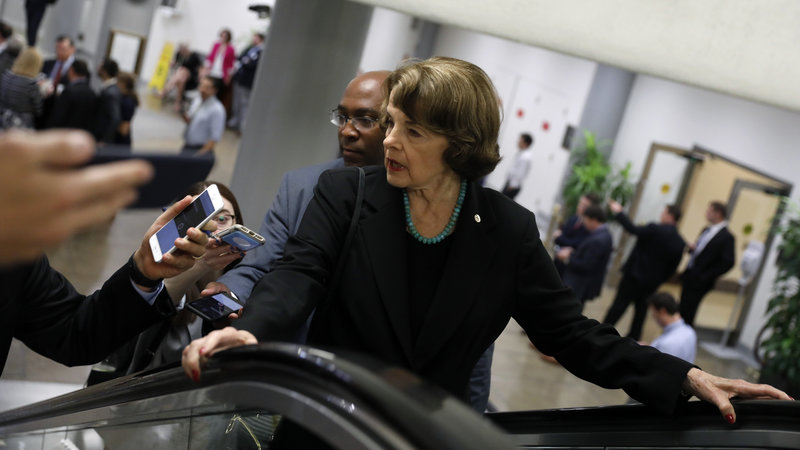 Senator Dianne Feinstein’s leadership, experience, and aptitude are what make her a great public servant to California and our country. She has taken on difficult political fights as well as built bridges to help unify communities – a true, respected stateswoman. Her example is unparalleled in government today. While we don’t always agree, I always learn from her – how to improve myself, my service, and my decision-making. I will be with her in her re-election and I thank her for her many years of extraordinary service. #ImWithHer

[Editor’s Note: Dianne Feinstein has served in the United States Senate representing the great state of California for 25 years. She announced last week that she would be running for re-election in the 2018 mid-term contests, ending speculation that she would not seek a sixth term. Feinstein is the oldest member of the Senate and has served five term with an impressive record of accomplishment. This week, Kevin de Leon, State Senate President, announced that he will challenge Feinstein in a primary for the U.S. Senate seat. The 50 year old de Leon hails from Los Angeles.]

Lindsey P. Horvath was elected to the West Hollywood City Council on March 3, 2015. She previously served as a Councilmember for two years from 2009-2011, and as Mayor from April 2015 to April 2016. In July 2016 elected to serve as a delegate at the Democratic National Convention supporting Hillary Clinton. She is a graduate from the University of Notre Dame with a Bachelor of Arts in Gender Studies and sits on the boards of a dozen or more non-profit and philanthropy-oriented organizations.