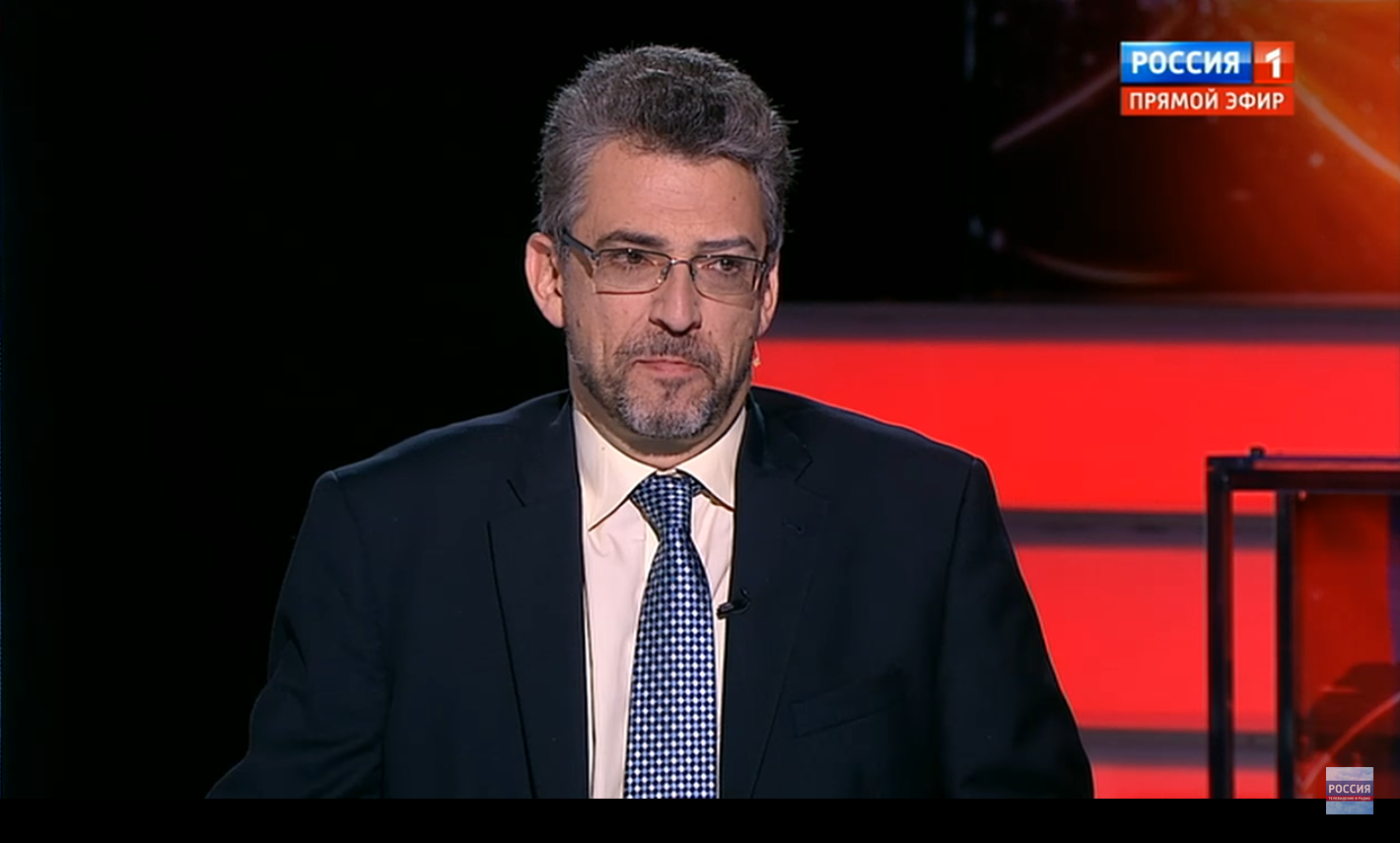 Russian government officials appear to be boasting on live, Russian state-owned television about the success of their operations to interfere with the 2016 American presidential election.

“U.S. spies slept while Russia elected a U.S. President,” said Vyacheslav Nikonov, a member of Russian parliament, during a live broadcast of the Russian panel show Sunday Evening with Vladimir Solovyoy. The statement’s implication? That American intel agencies missed attacks made by Russian intelligence operatives, thereby allowing them to successfully interfere with the election. The extent to which the presidency was stolen was not made clear.

The subject matter of the episode was the United States and it’s diminishing role around the world as it is thrust into a state of chaos following the presidential election, according to The Hill.  For Russian speaking readers, the video clip is here:

The comments were first reported by investigative reporter Julia Davis, who monitors Russian state media, and confirmed by Axios.  The recent developments come amidst an onslaught of intensifying reports suggesting that Russian intereference with the election was even broader in scope and scale than originally thought.

Indeed, Bloomberg reported in June that the cyber attacks included “incursions into voter databases and software systems in almost twice as many states as previously reported. In Illinois, investigators found evidence that cyber intruders tried to delete or alter voter data. The hackers accessed software designed to be used by poll workers on Election Day, and in at least one state accessed a campaign finance database.”

The Russian hackers are now said to have attacked a total of 39 states.Complicating matters even further is Facebook’s startling revelation earlier this month that it had apparently and accidentally sold over $100,000.00 in advertising to Russian “troll farms” from 2015 through and including the present day. Unsurprisingly, Special Counsel Robert Mueller, the man investigating Trump/Russia collusion, has turned his focus to social media posts during that time, with some saying that he is getting ready to ‘go for the kill.’

Meanwhile, since the outcome of the 2016 presidential election, two other democratic nations, South Korea and Kenya, have called for an entirely new vote following presidential elections that saw interventionist forces meddle in such a way that integrity of the election was compromised.