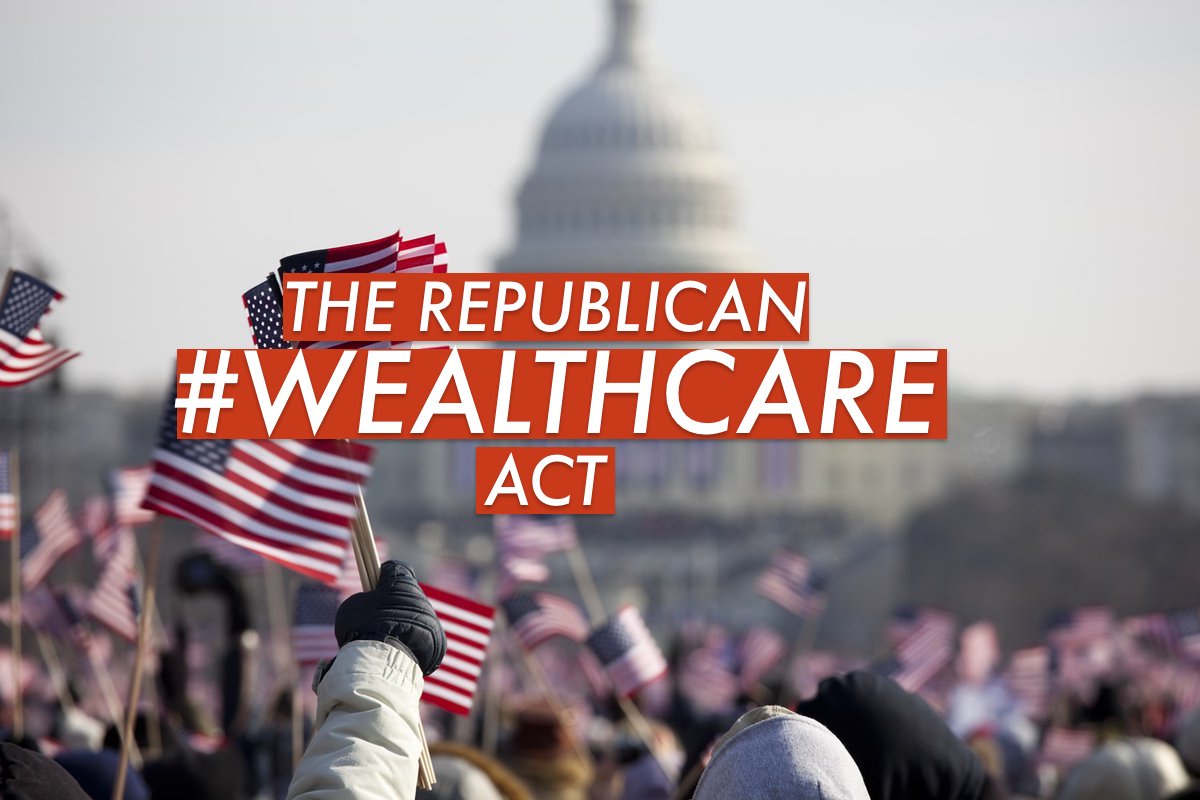 After years of obstructionism and political grandstanding, 217 Republicans voted on Thursday to unwind major portions of the Affordable Care Act, the principal legislative achievement of former president Barack Obama, a move that will reportedly strip 24 million people of health insurance coverage in order to give tax breaks to the wealthiest in the nation. The bill, which will replace the ACA with Donald Trump’s American Health Care Act (or AHCA), is now set to go before the Senate for a vote. The bill passed without an assessment by the non-partisan Congressional Budget Office, which is still analyzing the potential costs of the bill.

The bill finally won over support from the Congressional “Freedom Caucus,” a coalition of hard conservatives in the House of Representatives that sought to make the bill even more extreme and cruel after preventing the version that failed to carry support in the House last month.

Among the most devastating elements of the AHCA:

Every House Democrat voted no on the bill, which Donald Trump celebrated outside of the Rose Garden at the White House with a seemingly endless sea of white, male lawmakers at his side. Of the 217 Republicans who voted yes on the bill, 35 are up for re-election in 2o18 in swing district states.

The bill will be particularly disastrous for LGBT Americans and women, two minority groups whose ability to obtain, maintain, and afford health insurance was greatly burdened prior to the Affordable Care Act, which made it illegal to deny people coverage or gouge them with higher rates because of “pre-existing conditions.” Furthermore, the Affordable Care Act simply made it easier for LGBT Americans and women to get insured. The 2013 Supreme Court ruling in U.S. v. Windsor struck down the federal Defense of Marriage Act (“DOMA”), making more LGBT Americans eligible for employer sponsored coverage through their spouses, as well as eligibility for Medicaid and tax credits to purchase coverage on the exchanges.

The bill is now moving to the Senate. Concerned citizens are calling their Senators to oppose the AHCA.