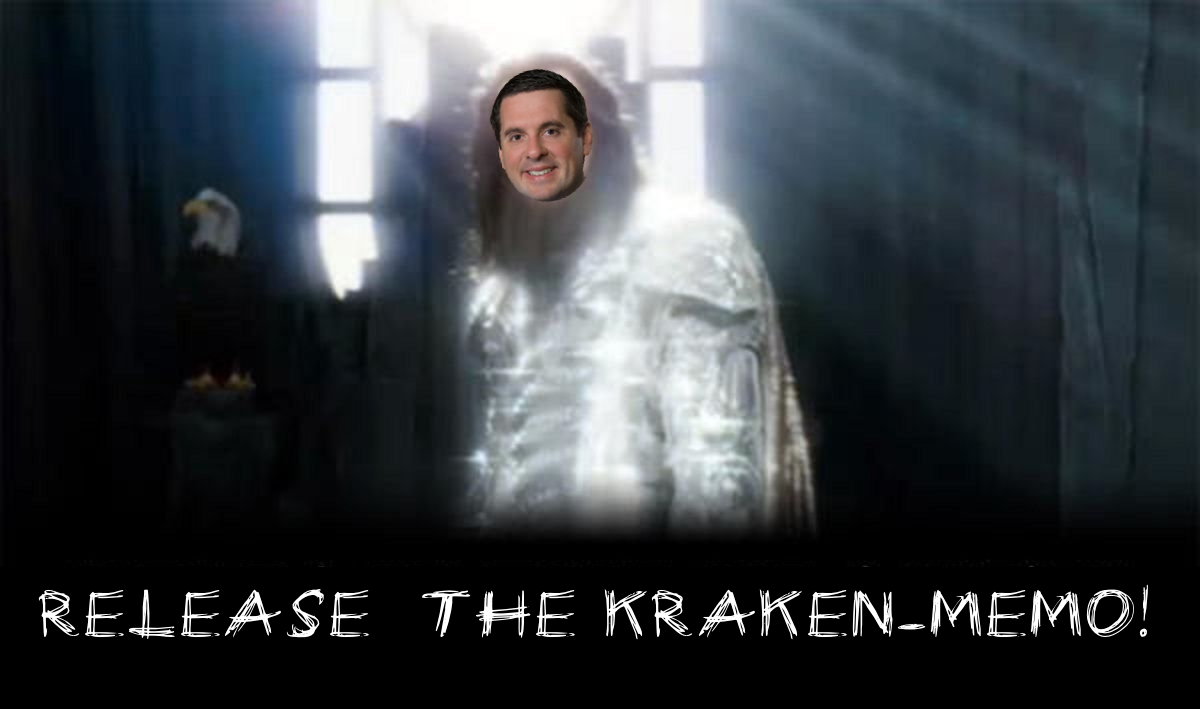 What do Washington D.C. and The Clash of the Titans have in common? Release the Kraken memo! Washington D.C. was ablaze this week with talk of the secretive memorandum written by Representative Devin Nunes (R-CA) which sought to undermine the credibility of both the FBI and Department of Justice by allegedly showing FBI favoritism towards Hillary Clinton.

Of course, despite shameless amounts of hype, the president opted to declassify the memo against the recommendation of the FBI. The memo proved absolutely nothing, but of course the conservative right media outlets began to pump out propaganda riddled shamelessly with lies and falsehoods, even trending #ReleasetheMemo on Twitter.

Turns out, the memo was as fictitious as the mythical Kraken creature that exists in the dark nether realms of Greek mythology and enjoys the same call to arms: #ReleasetheKraken-Memo…are we right

Oh, boy. Would you look. at. that.  It wasn’t just Sean Hannity. Turns out Russian bots and trolls were instrumental in making that hashtag trend. Fitting that it should happen just as just as reports describe the Mueller investigation as zeroing in on Trump Russia.

As always, stick with us through the end as we select our Shithole of the Week, as this week’s episode will feature Alex Mohajer tell his first person account of his now-very viral tweet of Hillary Clinton shouting out a group of activists called the “Activist Bitches Supporting Bitches,” whose leadership wishes to remain anonymous. Want the sco0p? Here’s the tweet.

A message “to all the activist bitches supporting bitches” by the inimitable @HillaryClinton. pic.twitter.com/fnUfsJnUN4

Want to help elect Beto to Texas and replace the odorous Ted Cruz? Visit Bros4Beto to learn how you can become more involved!