BREAKING: Stein has raised requisite $2.5 million for recounts in Wisconsin, Pennsylvania, and Michigan 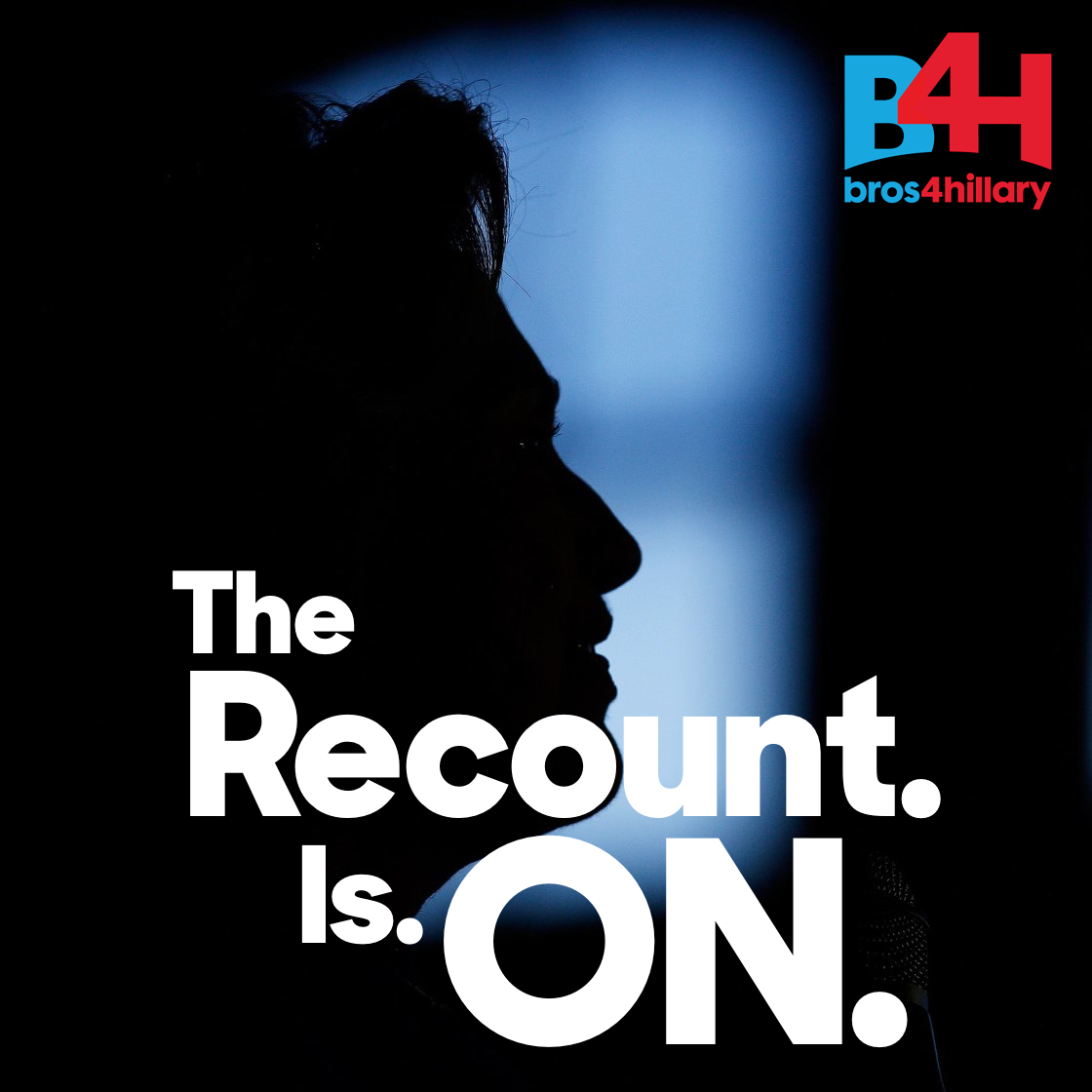 The recount is on! Clinton supporters helped raise $2.5 million in less than 24 hours after Dr. Jill Stein announced plans to challenge election results in Wisconsin, Pennsylvania and Michigan. Stein’s $2.5 million goal was reached Wednesday night just before midnight PST, sparking an online petition for her to add the states of North Carolina, Arizona, and Florida to her efforts.

In just a matter of hours, Hillary Clinton supporters answered the call of Green Party candidate Jill Stein, who earlier today announced plans to force a recount in the states of Wisconsin, Pennsylvania, and Michigan and sought donations to help offset the cost of this challenge. The goal of $2.5 million to cover filing costs was reached in less than a day. The donation page for the effort has since boosted the requested amount to $4.5 million. However, per the site, the filing fees have been satisfied within the deadline, and the recounts will be formally requested in each respective state. The additional amount is now being requested to cover additional costs and legal fees that may arise.

Stein has stated publicly that the express purpose of this effort is not to aid Clinton in a potential electoral college victory. Still, the effective result is a chance for Clinton that Stein is uniquely able to provide. As a candidate, Stein may seek recounts in these states without the states election laws automatically triggering a recount. Nevertheless, the challenge proves an uphill climb. “Clinton would need more than 33,000 votes across [Michigan and Wisconsin] to win them and that would bring her to 258 electoral college votes,” said Brian Normoyle, a contributing U.S. politics writer for Huffington Post. “[Still] 12 short of the 270 required [electoral college votes needed to win.]”

Bros4Hillary has started a petition asking Stein to add Florida, North Carolina, and Arizona to the list. The states demonstrate very close margins in the vote totals separating Trump and Clinton. No candidate can request a recount in the state of Florida, but the petition asks that Stein publicly call on Florida’s Secretary of State, Ken Detzner, to initiate this process. The petition has gathered hundreds of signatures.

Stein’s effort comes as news outlets are suggesting that President Obama does not want Clinton to challenge the election results, despite growing pressure for a challenge by prominent computer scientists and election lawyers. Clinton and the Democratic Party, however, fear mounting a formal challenge will run afoul of their campaign trail attacks on Donald Trump and be viewed as hypocritical and interventionist. Clinton publicly denounced Trump’s insinuation during the third presidential debate that he would not accept the outcome of the election should it swing in her favor, and debate moderator Lester Holt famously lectured Mr. Trump on the concept of “peaceful transfer of power.”

The current developments offer a slim and improbable window of opportunity for Clinton should the stars align. If she were to succeed following a recount prompted by either herself or the Obama administration, it would forever be viewed as illegitimate and stolen, aided and abetted by the exiting Democratic president. Clinton cannot survive anymore allegations of corruption, nor burn the good will of the people, nor can the Democratic establishment of the President be viewed as interventionist.

“This must be a grass roots effort,” said Alex Mohajer, political director of advocacy group Bros4Hillary. “If Hillary were to pull it off, already a slim chance, and she was viewed as receiving assistance from the government, it would delegitimize her entire presidency and keep people spinning their wheels about corruption.”

Prior to today’s efforts, Stein had only raised $3.5 million for her presidential campaign, meaning that with the assistance of Clinton supporters, she nearly doubled that take in less than a day.

Alex Mohajer is the political director of Bros4Hillary. You may reach him at alex@bros4hillary.com or on twitter at @alexmohajer.