The Muddied Waters of Purity Politics 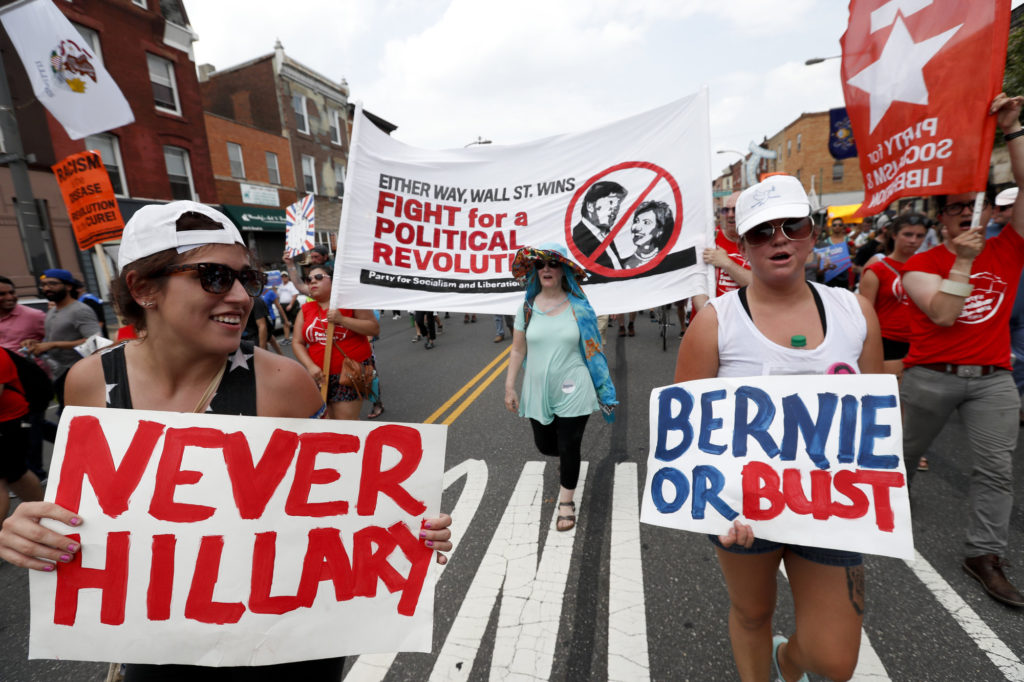 No doubt this is going to ruffle some feathers, but it’s long past time for a collective wake up call. And being woke means not only understanding what’s happening, but understanding what needs to happen and how to achieve it. There is no learning curve and there is no time to waste stuck in an ideological quagmire that has no practical application to the current political climate.

We are clearly in crisis. The American government is treating all members of the left as enemies. This was a calculated and hostile takeover and it may be some time before we are fully privy to the scope of what transpired. Intelligence and law enforcement agencies will do their jobs, or so we hope, but the wheels of justice move slowly. Our ability to regain power lies with us, today. We must band together with the full might of the left and win Democratic Congressional seats. It is the only way.

How to Win Back Congress in Two Short Years

To win, we need to understand who we’re fighting. If it’s the center, then we’ve already lost.

Democrats won the presidency and were denied the executive branch due to interventionist forces that swayed the appropriate 79,000 votes needed in the electoral college. Period. To that end, we are fighting to ensure that our free and fair elections are preserved.

However, the fracture on the left also had a sizable impact that contributed. There is no “pure” progressive ideal. There are only platform benchmarks that we collectively associate as generally liberal or conservative. ‘Left’ and ‘right’ are really just words, subjective descriptors. Left of what? Right of what? The GOP did everything they could to stonewall President Obama, and now they will dismantle his every last achievement. They won’t stop there. Every act of destruction erases those benchmarks of progress and moves the partisan dial further right.

U.S. President Barack Obama speaks in the rain during a campaign rally in Glen Allen, Virginia

Sadly, a third of the country couldn’t be happier about it. Take a good look at that third because therein lies the true battle for this country’s soul. They will not come around to our point of view, but they need the center to win. So do we. We need them in order to even have the ability to combat this devastating swing of the pendulum, and its those swings that keep our country from sustaining and building on programs and goals across administrations.

The Repercussions of Ideological Obstinacy

Consider healthcare, a topic that has become so utterly partisan that people aren’t even voting for their own best interests. The Affordable Care Act wasn’t perfect, but it was a good starting point, and most are just now figuring out why the protections it afforded against things like pre-existing conditions were so important.

Would single-payer be better? I think so, but it wouldn’t have passed. Not then, and surely not now. The downside of the all or nothing mentality of purity politics is that pesky nothing part.  But what if the GOP hadn’t refused to work with Obama on improving ACA? What if this nightmare hadn’t happened and the GOP weren’t in power now? What could it have evolved into?

There was nothing normal about this election cycle. Personally, I believe Bernie did a disservice to his supporters by letting them believe this country was ready for a far Left “Revolution,” that moderates and centrists were the enemy and lacked integrity. That said, I think that division and misdirection were very much by design, initiated and exacerbated by the GOP and Russia’s active measures.

It’s hard to know what would have happened without those factors weaponizing us against each other. But, it is time to shake off those influences and come together as a coalition with undivided purpose – winning elections. We can’t do this by dividing our support among candidates who reflect our personal ideologies, but by the tenets of democracy. It’s time to show what a cohesive majority can do.