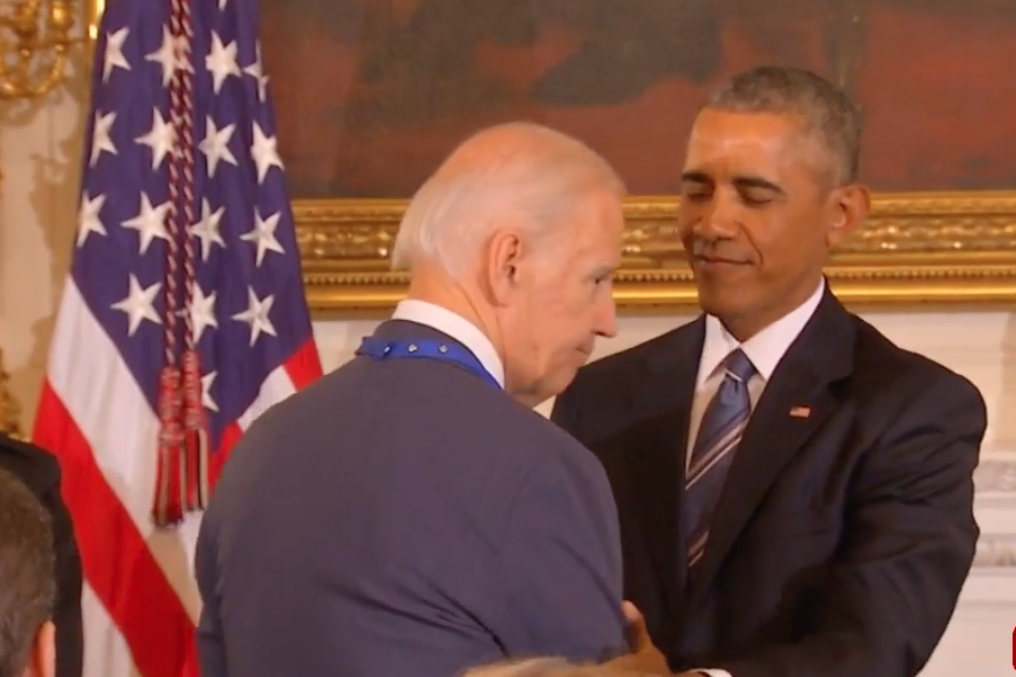 On Thursday afternoon, in one of his final acts as President, Barack Obama surprised his friend, Vice President Joe Biden, during a ceremony meant to celebrate Biden’s lifetime of public service, by awarding him with the Presidential Medal of Freedom. The Medal is considered the nation’s highest honor. Obama called Biden his “brother,” and personally bestowed the medal onto a tearful Joe Biden.

On January 20th, Donald Trump is scheduled to be inaugurated as President of the United States. A pronounced grassroots movement by various names, such as The Resistance and Stop Trump, has emerged online to fight a Donald Trump presidency. Still, many are left heavy-hearted at the reality of no longer having President Obama or Joe Biden in the White House. The President will be remembered fondly by history, perhaps as one of the finest American presidents in history, and Vice President Joe Biden will receive equally deserving praise for his lifetime of public service and for his eight years as Vice President.

Biden, who has been taking the train from his home state of Delaware to Washington D.C. since he began his career in public service, tweeted this emotional tweet earlier today.

Jan 20, Jill and I will head home to Delaware the same way I have for 44 years: by train. Serving this country has been our greatest honor. pic.twitter.com/D0g2rEvE9R

Watch the emotional video below or on our YouTube page.