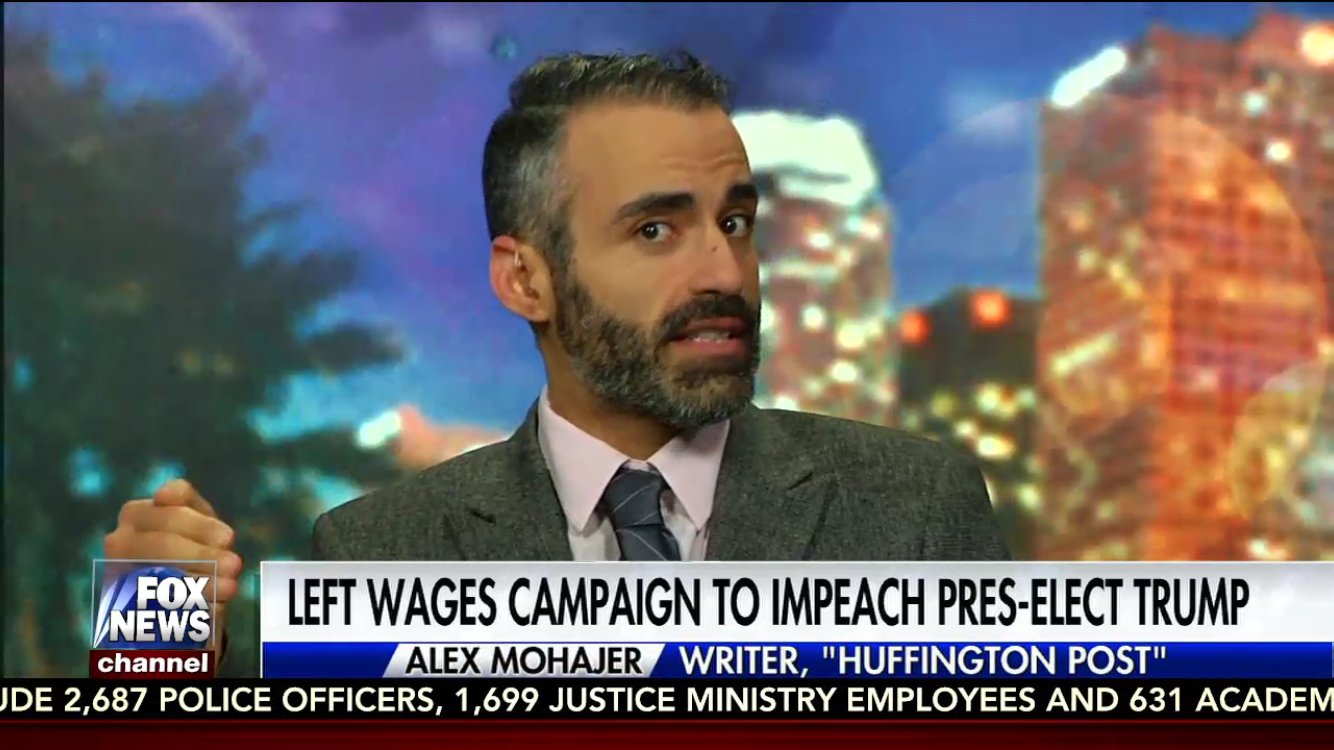 Political writer and commentator Alex Mohajer, a Huffington Post contributor and co-founder of Bros4America, appeared on Watters World on FOX News Channel on Saturday evening to discuss his Huffington Post article “Congress Must Impeach Trump on Day One.”

Host Jesse Watters and his conservative guest were unpleasant hosts, quick to interrupt Mohajer and mock him for using words outside of their vocabulary, talk over him, and attempting to paint him as a looney fringe type despite his cool composure amidst their immature tactics. Watters openly gave the conservative guest floor time to speak, but was quick to pounce and interrupt when it was turn for Mohajer to make his case. Still, Mohajer was able to make his points while avoiding the trap of making this a conversation about Democrats versus Republicans. The prime argument was Trump’s violation of the Emoluments Clause of the U.S. Constitution, which prohibits federal officials from doing business with or receiving gifts or money from foreign governments. Trump’s failure to fully divest from his foreign business dealings will stand in violation of the Emolument’s Clause the second he is inaugurated, Mohajer argued.

Check out the full clip here.