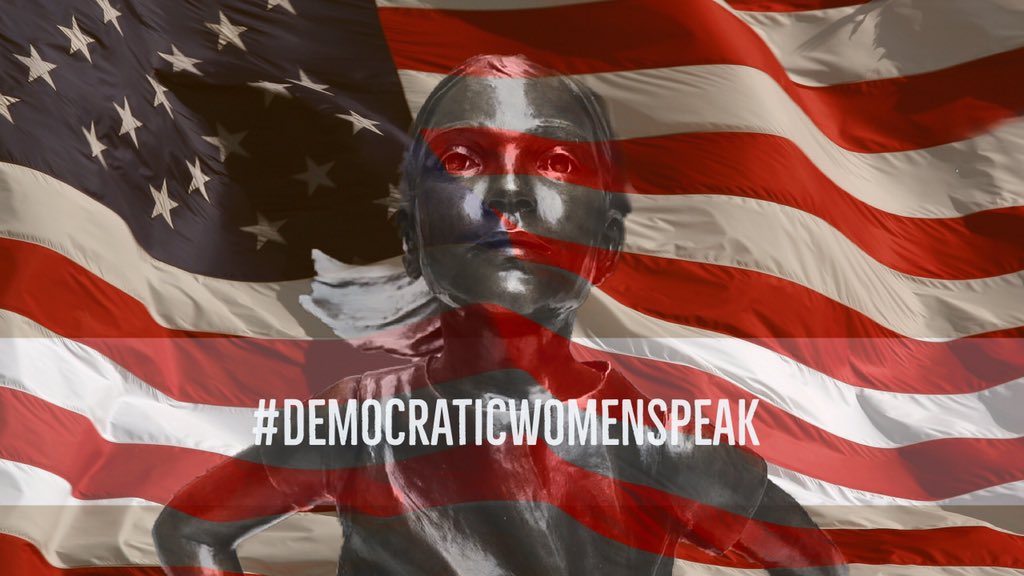 [Editor’s Note: This piece first appeared on Bros4America contributor Rachel Azzara’s personal blog. At Bros4America, we have long been champions of women’s rights and causes and we welcome and celebrate members from all races, creeds, genders, sexual orientations, and religions. We recently served as organizing partners for the West Hollywood Women’s Leadership Conference and are proud to promote women in government and in media. -AM]

To the honorable Tom Perez,

We are the women of the Resistance, but we are more than that. Likewise, we don’t characterize our work as a ‘revolutionary.’ Despite the intensity and magnitude of the current socioeconomic battles we face, we know it is a continuation of the war we have been diligently fighting for decades. We are the women of and behind the party. We are the women on the ground who work quietly and steadfastly in our communities through countless campaigns, changing issues, and crises. In our wake, our hard-won progress stretches behind us, always precarious, and we work every day to protect and build upon it.

We are grassroots activists, fundraisers, community organizers, advocates, writers, marchers, protesters, mothers, grandmothers, sisters and daughters. We are both teachers and students and know that the struggle for relevancy necessarily happens on the ground. It is in this spirit that we write this letter and raise our voices to be heard.

Two critical issues that cannot be separated are unity and messaging. While we understand the intent behind appointing Bernie Sanders as Democratic Outreach Chair and showcasing him on a Unity Tour, it was always a self-defeating endeavor because Sanders has not actually had control of his ‘movement’ for quite some time. Yes, his words matter, insofar as they reinforce the division of the Left, as they often do, but attempts to bring strategy, unity, or coalition building fall on deaf ears. This is primarily because Sanders is not only a man; he’s also a symbol.

Of course, he didn’t start out that way. Sanders, the man, ignited the excitement and political interest of a great many people — especially Millennials. He appealed to them emotionally on issues that resonated with them. He tapped into the passionate idealism of youth. He stoked the fires of righteous indignation and it was largely successful, for good reason. In fact, there is a great deal to learn here in terms of effective messaging. Unfortunately, he also roused the image of a revolution, and the implied instant gratification that accompanies it. We, of course, knew better. Bernie’s idealism is no different from the idealism in our own hearts, but we can’t afford to behave as if we don’t understand the battlefield and the spectrum of views and circumstances that span the nation.

This Is Not Normal

The normal outcome, if there even is a normal anymore, would have been for Sanders and his supporters to refocus their efforts on electing the Democratic nominee after his primary loss. We appreciate that many did, but several factors came together to transition Sanders into a symbol of division in the “Left,” not the least of which was Bernie’s own constant criticism of the party whose nomination he sought for President. Russian interference acted as an accelerant, simultaneously chipping away at the Democratic Party and fostering division by targeting the Far Left.

Human nature being what it is, the Far Left is no more ready to admit they were targeted than the Right. If anything, knowledge of Russian influence is resulting in even more obstinacy and ire. Post-primary, a single image of Bernie speaks volumes about one’s political frame of reference, not just on issues, but against what they have come to believe about the Democratic Party as an obstacle to and adversary of their goals. For those of us who have actually fought in the trenches for equity and justice, this is extremely frustrating, yet we acknowledge the need for change and improvement in messaging, outreach and visibility.

We know what we have worked for, what we defend, and what we work toward. With heads bent and shoulders set we have quietly battled year in and year out against the GOP to protect and lift up all of our communities. Bracing against the anti-intellectualism and vitriol employed by the Right, however, has dampened the passion and clarity of our message to the casual voter and newly political. In our commitment to the inherent ‘rightness’ of our work, we have relied too much on what we see as common-sense.

In the field, particularly for the politically inexperienced, our message has been reduced to ‘not-GOP’, ‘not-Trump’, or, even more disappointingly, ‘the lesser of two evils.’ In a democracy, pragmatism is crucial and idealism without pragmatism will yield nothing. This is a sobering reality learned on the battlefield, but we can all look back to a time when our own passionate idealism was unfettered by the complexities of real change-making. The need for compromise, strategy and diligence does not alter our core ideals. However, we have failed to convey that.

Prescriptions for the Future

The weaponization of Sanders’ supporters against the Democratic Party combined with a GOP trifecta in the 2016 election makes our outreach and messaging critical. We can’t afford to simply wait for political maturity to set in. Our core values are emotional: Morality, Integrity, Justice, Compassion, Truth. This is the language of the Democratic Party, the party of the people. This is the language we must use to engage with the electorate from campaign stump speeches to small group discussions. And it’s time for the women behind the party to step into the light and into the public eye.

The influence of social media and mainstream media is paramount. This is the world of the Millennials and we are all along for the ride. The GOP understands this as do Berners. Memes, symbols, even people, become branding. A single emoji of a frog or a red flower communicates a world view. Bernie Millennials, like Linda Sarsour and Carmen Perez, become walking billboards by branding themselves into the imagery of political events, and, like Bernie, their image speaks a message and resonates emotionally.  [And while Hillary Millennials like Alex Mohajer and Bros4America/Bros4Hillary do exist, they are not given the resources or attention from the National Democratic Party and subsequently the exposure we need.] We lack those visuals.  It’s time for that to change.

We write this letter for two reasons: First, to express to the DNC that unity cannot be achieved by showcasing a person who exemplifies our division, specifically a division rooted in a political fairy-tale that shuns the realities of American democracy. We ask the DNC to lift up, instead, those who have shown perseverance, and unwavering commitment to doing the most good for the most number of people. To this end, we suggest a second Unity Tour that reflects all that we represent and more. Secondly, to ask the women who have given so much, working tirelessly toward positive social change, to step forward into public roles as leaders and social influencers.

We are women of all colors, with and without disabilities, united for the sole purpose of preserving our party and America’s integrity. The public needs to see who we are, what we’ve worked for, and why we’re Stronger Together.