On the 4th Day of Hillary: Register to Vote 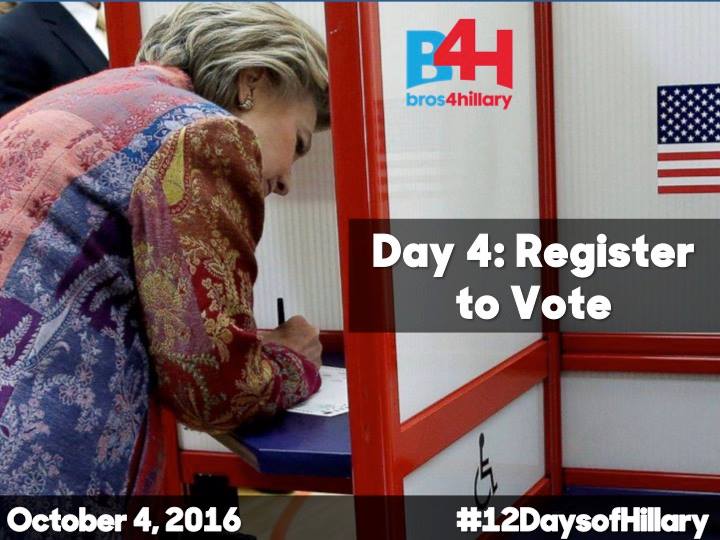 On the #4thDayofHillary, in honor of our recent announcement that we are partnering with the Hillary Clinton campaign, we are asking y’all to REGISTER TO VOTE.

Register, or check your registration status NOW at:

You can use this link to register, or to check or update your voter registration. It takes literally seconds, it’s easy, and it’s important. Now that we know that Julian Assange ain’t got squat, we know we can march on faithfully, all ye’ Hillary faithful.

Stay tuned tomorrow for the Fifth Day of Hillary!

Alex Mohajer is the Political Director of Bros4Hillary. You may reach him directly here.  The #12DaysofHillary memes were designed by Bros4Hillary’s Social Media Outreach Team Leader, Priscilla Wagner. You may tweet her at @_CillaW.