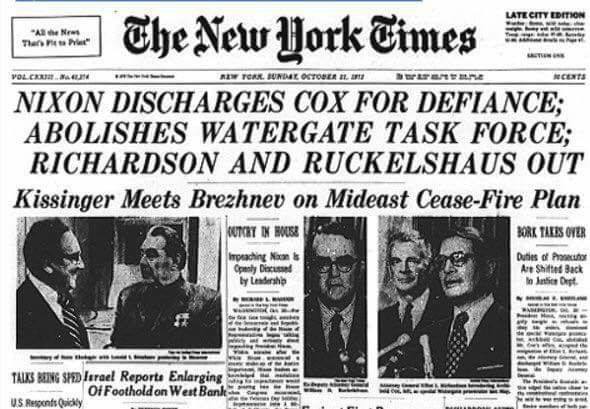 Yesterday afternoon, news broke that Donald Trump is firing FBI Director James Comey, who has been in that position since his appointment by former president Barack Obama in 2013. Trump may attempt to slow the investigation, but his efforts will be as futile as those of his predecessor. Reports indicate that Comey discovered his termination by television news. Comey was set to testify before the House Intelligence Committee on Thursday.

The termination is highly unusual and even alarming on a number of fronts: Comey was praised numerous times by Mr. Trump during the campaign season for his handling of the investigation into Hillary Clinton e-mails, which some pundits now claim was the reason for Clinton’s loss in the election. Now tasked with heading up an investigation into the Trump campaign’s connections to Russia, and Mr. Trump has determined he is no longer able to effectively lead the FBI. As a result, Trump will now be able to appoint whomever he chooses to investigate his dealings with Russia.

The nature of the termination itself is also troubling: For a president to terminate the FBI Director (Comey is only the second in history to be let go) and without so much as speaking to him prior to the termination departs from long-held norms.

Although Director Comey’s behavior during the 2016 election was reprehensible and surely affected the outcome, allowing Trump to appoint his own investigator is unacceptable. The Bros4America Executive Board is therefore denouncing James Comey’s firing asThe FBIhereby officially demanding the appointment of an independent prosecutor with broad investigative authority to handle the investigation into Donald Trump’s ties.

Immediate calls for action have been also been made by MoveOn, ACLU, the Democrats and more. You can sign their petitions for an independent investigation here.