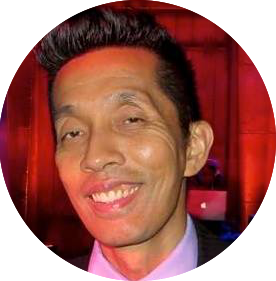 Read our Profile on Nelson!
Check out Nelson on Linkedin!

Alex Mohajer is the Political Director of Bros4Hillary and serves as the Editor-in-Chief of our BrosBlog. Mohajer is a contributing political writer and commentator for The Huffington Post, a legal advocate, and an award-winning actor, singer, and solo artist. He holds a Juris Doctorate from Chapman University School of Law and a Bachelor of Arts from U.C. Berkeley.

In 2016, Mohajer was influential in developing Bros4Hillary into a political brand. He secured our first major media mention from famed columnist Dan Savage, and successfully took on a crucial public relations role when we found ourselves in the middle of a national media scandal involving Bernie Sanders Facebook pages. Early on, he lead the effort to forge a relationship with the Hillary for America (“HFA”) campaign.

He had the opportunity to meet with HFA campaign manager Robby Mook, Senator Cory Booker of New Jersey, was asked to appear on stage with former president Bill Clinton at a campaign rally in Los Angeles. and had the opportunity to meet Secretary Clinton, a moment he documented for BrosBlog.  By September, he had coined our viral “Do You Even Vote, Bro?” slogan, which was tweeted out by President Clinton.

Alex helped develop our official partnership with HFA to bolster social media outreach, swing state voter registration, millennial engagement, and phone banking efforts. He was responsible for our SMS ‘Text BROS’ campaign which would prompt a text response from Hillary herself directing users to the Official Bros4Hillary Call Team at HillaryClinton.com. Our call team ended the campaign season in the Top 10 call teams nationwide. He produced and co-anchored the BrosCast Live broadcasts which were streamed live from the Hillary for America Facebook and web page, and co-wrote, produced, and starred in original digital content, including the viral short film “Mean Bros.” He even ran to be a California Delegate for the Democratic National Convention.

His work for B4H received national media attention, including from the Huffington Post, LA and NY Times, OUT and Instinct Magazine, Dan Savage, TheWrap and others. He was even honored to be invited to the Official Hillary Clinton Election Night Viewing Party at the Javits Center in New York. He has appeared as a guest on various media and radio programs to discuss his views on politics.

Alex is as an award-winning actor and singer. He was nominated for a 2016 BroadwayWorld Award for Best Male Cabaret Artist for his work in his one-man show, “Alex Mohajer: Arrogant Social Climber” at the Rockwell Table & Stage, where he also appeared opposite Rumer Willis in “The Devil Wears Prada.” He holds a Bachelor of Arts from UC Berkeley and Juris Doctorate from Chapman University School of Law. Alex resides in Los Angeles with his dog, Bruce Wayne.