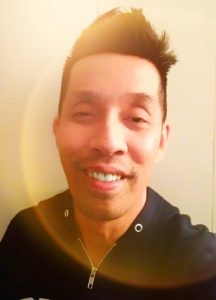 LOS ANGELES, Calif. – It is just past midnight in the wee hours of Saturday morning, and Nelson Melegrito is engaged in an unplanned and unexpected late night strategy discussion with the Executive Board of Bros4Hillary, the grassroots advocacy organization he founded in January of this year as a means of demonstrating and rallying support for Hillary Clinton’s presidential ambitions. The emergency meeting has been called in light of a video that has surfaced, nearly one month before Americans cast their vote in the general election, that reveals the Republican nominee for President, Donald Trump, boasting about committing sexual assault against women.

Just past midnight on the west coast, Trump released an eagerly-anticipated apology video that has left a lot to be desired. The Bros team is deciding how to move forward strategically in terms of messaging to maximize potential voter turnout in the wake of this October Surprise. With 30,000 members across its various social media platforms, and millions of twitter impressions, Bros4Hillary has become a surprising source of influence in this year’s election. So much so, that Hillary Clinton’s official campaign, Hillary for America, recently partnered with Bros4Hillary to assist in their social media outreach to potential voters. In short, how Melegrito and his team decide to respond to the Trump controversy will be seen by a LOT of people.

Such is a day in the life of Nelson Melegrito, a Filipino American who has become an unlikely voice. Melegrito was born in the Philippines and raised in Los Angeles, and migrated to the United States to seek better opportunities for himself and his family. He never anticipated the success of Bros4Hillary, which started as 200 followers on Facebook but has exploded into a volunteer advocacy organization with a social media network, operations, and staff of volunteers. Melegrito’s roots, and the growth of Bros4Hillary, are a point of pride for Melegrito, especially as Hillary Clinton publicly acknowledged recently that October is Filipino American History Month.

Accordingly, the group has decided to honor their leader by observing Filipino American History Month and is asking that the rest of America follow suit.

“Being of Filipino heritage and the leader of one of the largest Hillary Clinton advocacy groups in the country, I am proud to join my Filipino brothers and sisters in observing October as Filipino American History Month. Filipinos are the second largest Asian American group in the country and the largest Asian American group in 11 of the 50 states. Our heritage has been at the forefront of history,” Melegrito said in an official statement.

Filipinos indeed have an illustrious history and have made their mark on America’s intricate fabric.  Melegrito cites to various accomplishments by Filipino Americans when asked about some that are particularly notable. “250,000 brave soldiers fighting with Americans deservingly recognized as the only ethnic group awarded with a Congressional medal!” Melegrito said, passionately. “The American labor movement with heroes like Larry Itliong and Philip Vera Cruz that led to the formation of United Farm Workers Union and the EDSA revolution. Or ‘People Power,’ when the world witnessed the toppling of a dictator from power because of the need for an end of political oligarchy.”

Besides Bros4Hillary, Melegrito is currently the Executive Director of DIVA: Diverse and Inclusive Visionary Artists, a grassroots organization whose mission is to promote the creative endeavors of multi-ethnic artists and professionals in the mainstream media through various alliances with other community groups, special events and mentorship programs.

Throughout the past two decades, Melegrito has served as a volunteer for Human Rights Campaign, GLAAD, The Trevor Project, GLAAD, Outfest, DoSomething.org, One.org, APAIT, and is presently working with Groundworks in their myriad election propositions and candidates’ groundwork campaigns.

A lover of pop culture and politics, he considers strong men and women as his role models to shape his ever fluid career in these discipline from Madonna, Maya Angelou, Michelle Obama, Malala Yousifazi, Nelson Mandela, Martin Luther King, Jr. So it is no wonder he has taken up the challenge of electing Hillary Clinton to the White House.

“I am blessed to have known and worked with outstanding leaders and role models in the Filipino community who have bravely fought to have their voices heard and their unique talent shared. It is their selfless compassion and sheer moral guidance that led me to form organizations that promote the contributions of multi-ethnic artists and now, to lead an advocacy group of volunteers and close to 30,000 members to elect the first woman leader of the most powerful nation. Hillary Clinton would no doubt continue to recognize the multitude of contributions of the Filipino community to extend our enduring productive relationship between the United States and the Philippines.”

“Please join me and my fellow Filipino Americans in celebrating this joyous celebration of hope, positive alliances and continued prosperity.”

Alex Mohajer is the Political Director of Bros4Hillary and the Editor of BrosBlog. You may contact him or Nelson Melegrito directly here.