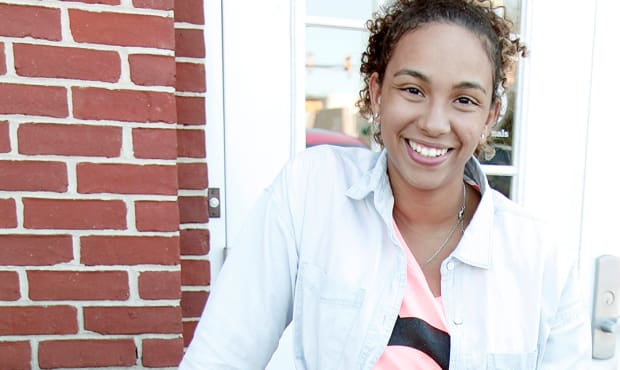 UPDATE: Saturday April 29, 2017 at 9:50 p.m. PST — The special election primary for this Congressional seat is this upcoming Tuesday May 2, 2017. If you are in or around South Carolina’s 5th Congressional District, or you’re a neighbor who just wants to help a worthy cause and candidate, Alexis needs volunteers!

Wondering how you can help in the next +3 days? Message me to help on TUESDAY. Call: https://t.co/jLP8Qi7wJJ Donate: https://t.co/8qStkcndD6

Also, check out this fantastic follow-up video addressing her critics by the candidate, Alexis Frank herself!

What makes me different from other candidates? I bring Diversity to Congress!
Donate: https://t.co/8qStkcndD6
Calls: https://t.co/jLP8Qi7wJJ pic.twitter.com/O9MswSfu8r

PREVIOUSLY — 26-year-old Alexis Frank is not a career politician, and she doesn’t have any money. But on May 2, the self-proclaimed progressive Democrat is vying for Congress in South Carolina’s special election to fill the seat left vacant by Mick Mulvaney (R-SC) in the Palmetto State’s 5th Congressional District.

Frank’s announcement adds a breath of fresh air in the race, which holds a primary on May 2 and a special election on June 20, 2017, and has so far been about a crowded field of Republican candidates in a GOP-controlled district. But as the resistance movement continues with no end in sight, Frank (and the Democrats) is hoping that she can flip this district with the newly “woke” insurgency behind her.

You can learn more about Alexis and donate to her campaign at her official campaign website, www.Frank4Congress.com.

Frank’s primary opponent, Democrat Archie Parnell is a 66-year-old Goldman Sachs banker who, like Frank, is a native of South Carolina

Frank says she is running for Congress to “help improve the lives of the citizens” of her district by “prioritizing better education for children, protecting veterans and their families, ensuring all citizens have access to affordable healthcare, and by providing jobs with better wages.” How? She plans on listening. Don’t knock it — governance through listening is what America needs in a government and political atmosphere where it seems nobody is. Plus, listening tours are a staple of another political lady we love.

Of the 435 seats in the United States House of Representatives, only 83 (19.1%) are currently occupied by women, according to the Center for American Women and Politics. The Senate does not fare much better, with 21 female Senators in the 100-seat body.

Women of color are even less represented: only 38 members of the 115th United States Congress are African American females, with only 61 women of color having served ever. Ever.

Of course, that’s not a reason to vote for her. Frank is worthy of being elected all on her own merits. Because she is a veteran having served six years in the Army, because she is a smart and concerned woman without corporate interests, because she is a trailblazer seeking to flip this district and fight back against the likes of Donald Trump and Betsy DeVos…