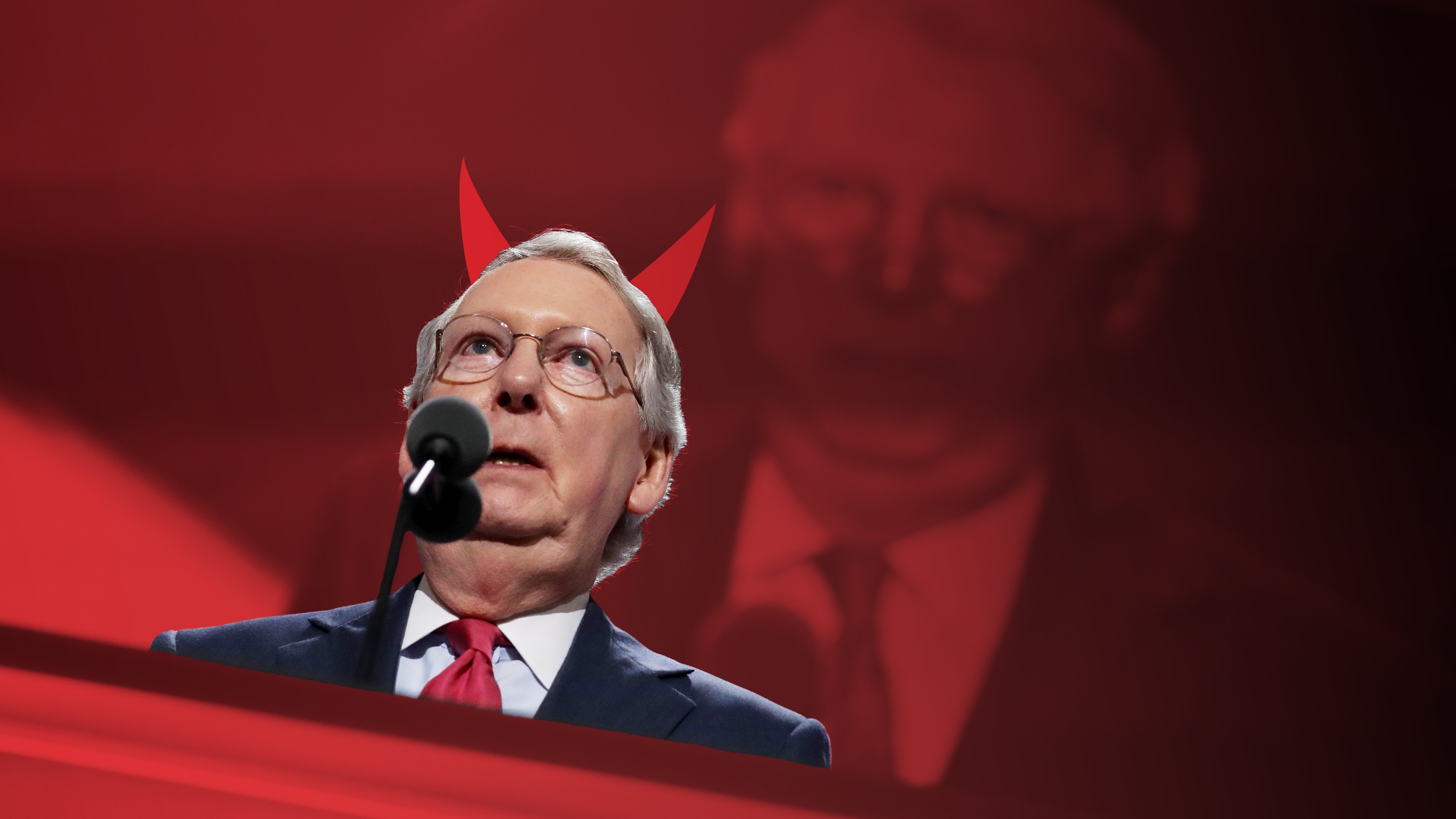 “Mitch McConnell, you are beneath the dignity of the United States Senate and of the American people,” said moderator and host Alex Mohajer during the podcast’s weekly #ShitholeoftheWeek segment.

Mohajer was joined by co-hosts and fellow panelists Daniel Fusselman and Rance Collins (fourth co-host Thomas McAbee was out this week) in the unanimous decision. #ShitholeoftheWeek is a weekly segment that ordinarily produces several nominees for listeners to choose between, and each nominee is selected  straight from that relative week’s current events and headlines.

McConnell was selected this week, despite the illegitimately-elected president continuing to steamroll past our constitutional rights and sensibilities, aided and abetted by a complicit Republican party, which stands to benefit from this offensive display of near-daily bombast and spectacle by stacking the federal judiciary and U.S. Supreme Court that could have an impact on the decisions that come out of it for decades. Maybe more.

Fitting in the day or two preceding the Fourth of July holiday that news should break roke just days ago of the surprise retirement of Supreme Court Justice Anthony Kennedy, leaving an upcoming vacancy on the court with an election only months away. Citing to then-looming 2016 presidential election, McConnell infamously delayed a vote on former President Barack Obama’s Supreme Court pick Merrick Garland for 11 months. After successfully stealing that seat, McConnell is now threatening to push through Trump’s second pick for the highest court in the land. This time, according to McConnell, there will be no waiting till after the election, despite the upcoming 2018 mid-term elections being only months away.

Democrats have seized on the offensive display of hypocrisy, and rightfully so. The pick is sure to be Pro-Life candidate that threatens to overturn Roe vs Wade and all of the recent landmark progress made in terms of LGBT rights, while throwing the Supreme Court into chaos for a generation, ensuring no real progressive policies or laws are upheld potentially for decades.

Mitch McConnell should wait till after the 2018 midterm elections to push through a vote on Trump’s pick for the Supreme Court. Bros4America is partnering with MoveOn and Indivisible for a week of action beginning on July 9, 2018 to respond to the upcoming heist.