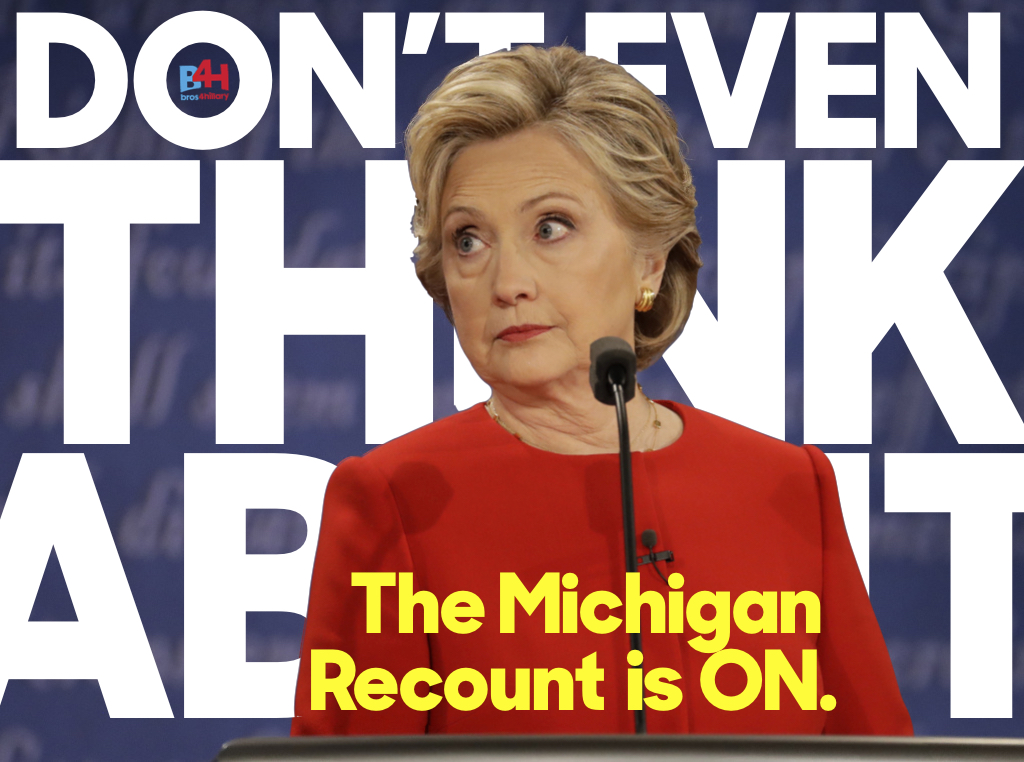 Late last night, Judge Mark Goldsmith, a federal judge in Detroit, made a late-night order requiring Michigan begin it’s recount today, Monday, December 5, 2016 no later than 12:00pm local time. The order effectively rejected a motion by state officials to delay the hand recount, which would have pushed recount efforts past a crucial December 13th deadline and rendered them essentially moot.

With the judge ordering the recount move forward, the recount efforts will now likely be completed in advance of that deadline.

4.8 million ballots are being considered for recount in Michigan. Dr. Jill Stein’s attorneys successfully argued that it was unconstitutional to put any delay in the recount efforts, even as much as two days.

Donald Trump won Michigan by a razor-thin 10,704 votes. The electoral college was decided for Trump by three states: Wisconsin, Pennsylvania, and Michigan, where Donald Trump won over Hillary Clinton by a total of 79,646 votes. By contrast, more than 135 million people voted and  Republican Donald Trump defeated Democrat Hillary Clinton by 10,704 votes, or two-tenths of a percentage point, in Michigan. Stein received about 1 percent of the vote.