Melania, Blink Twice If You're In Trouble, Gurl! 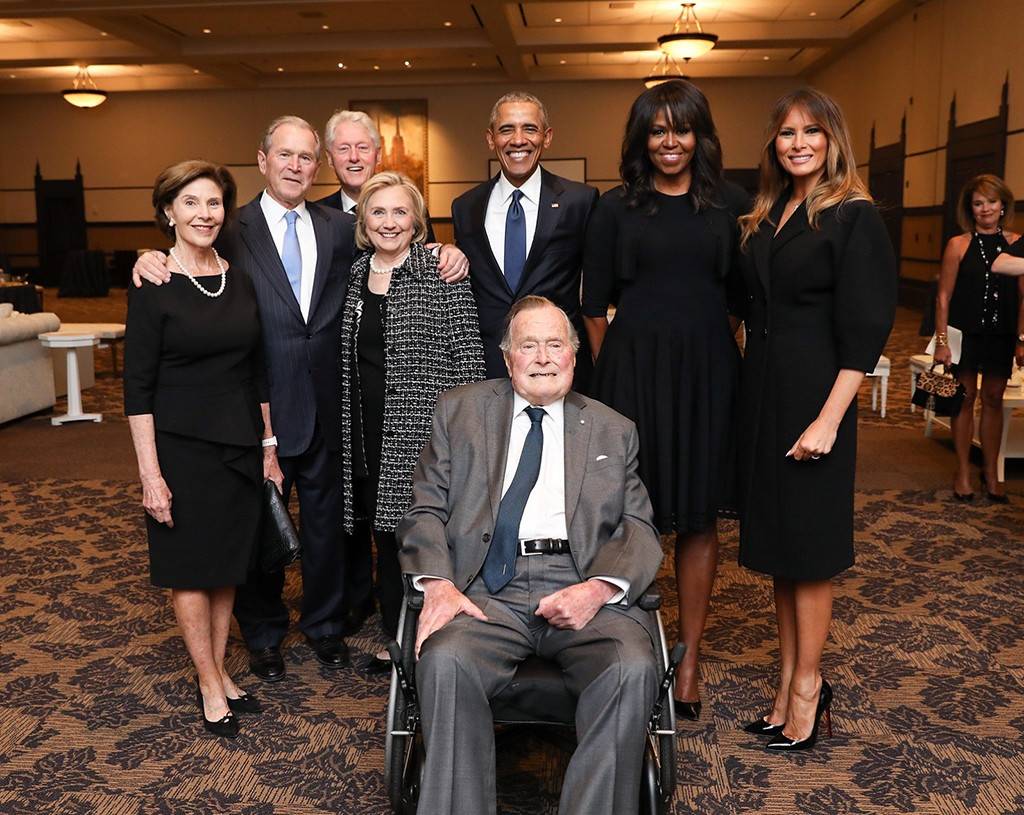 First Lady Melania Trump has been quieter than usual, lately.

And with good reason. As news of the Trump/Russia conspiracy and the Stormy Daniels scandal reach fever pitch, life as the spouse of Donald Trump must be more challenging than it already is.

Which is why Mrs. Trump turned heads this week when it was announced that she would be attending the funeral of Bush-family matriarch and former First Lady Barbara Bush, who passed away last week at 92-years-old. And the Bros for America podcast panelists were quick to notice that she looked unusually happy. And then of course, the photograph seen around the world, featuring George W. and Laura Bush, Bill and Hillary Clinton, Barack and Michelle Obama, and…Melania. Grinning tooth to tooth. Ear to ear?

She was even spotted cracking a smile as former president Barack Obama leaned over to make a joke, a gracious gesture given that she and her husband have previously publicly questioned his national origins in what was viewed as a largely racist attempt at courting white nationalist voters.

Why did Melania look so happy? And why wasn’t Trump there? The Bros discuss this, Barbara Bush’s passing, the Trump/Russia developments involving Michael Cohen and Sean f**king Hannity, and as always, we are going to ask you to help us pick….