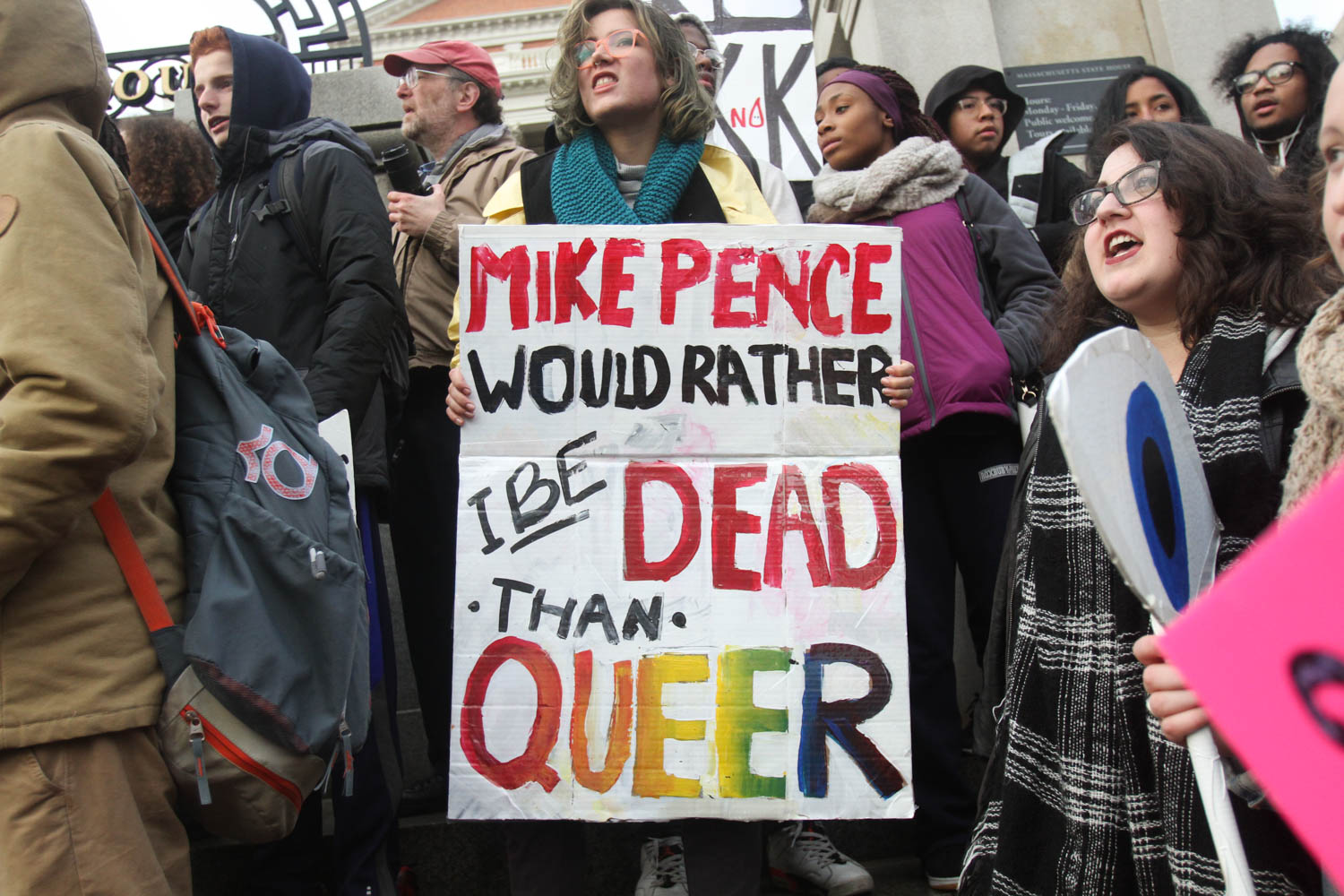 Los Angeles and Orange County, CA area resisters and resistance groups are being invited to protest Mike Pence on Thursday September 14, 2017 at 5pm when he attends a glamorous GOP-sponsored fundraiser at the the Beverly Hilton Hotel in Beverly Hills, CA.  West Valley Resistance and The Resistance – Northridge, the organizers of the protest, are asking that participants use the hashtag #Engage2Act on their respective social media accounts.

Pence will be hosting the dinner at 5:00pm, which is being held for Republican members of the House of Representatives from the state of California that appear vulnerable to a Democratic “wave” in the upcoming 2018 mid-term elections. From the West Valley Resistance:

“While he’s in there pandering to the 1%, We, the People will be outside engaging in Democracy. We will make our voices heard. We, the People, who represent America, will be calling Pence and the GOP to task to represent ALL Americans no matter race, color, creed, or sex. Our Democracy should not be for sale. Pence and the GOP have offended, marginalized, and oppressed people and communities for far too long. It’s time to loudly and boldly show them who we are. We are diverse. We are colorful. We are amazing. Dress and signage accordingly. Just do you.”

The group will be actively counter fundraising to benefit organizations such as Swing Left, Planned Parenthood, CHIRLA, Black Lives Matter, LGBT Center, and others. Feel free to donate in the name of Mike Pence. They will also be registering voters and  connecting anyone who wants to take a more active role in civic engagement with a group  in their neighborhood.

The protesters will be gathering at the Electric Fountain across the street from the Beverly Hilton at 5:00pm on Thursday September 14, 2017  since it’s likely the Secret Service will be blocking off the sidewalk around the perimeter of the hotel. You can RSVP at the event’s Facebook page.