Bros on the Ground: Live from Wisconsin Recount 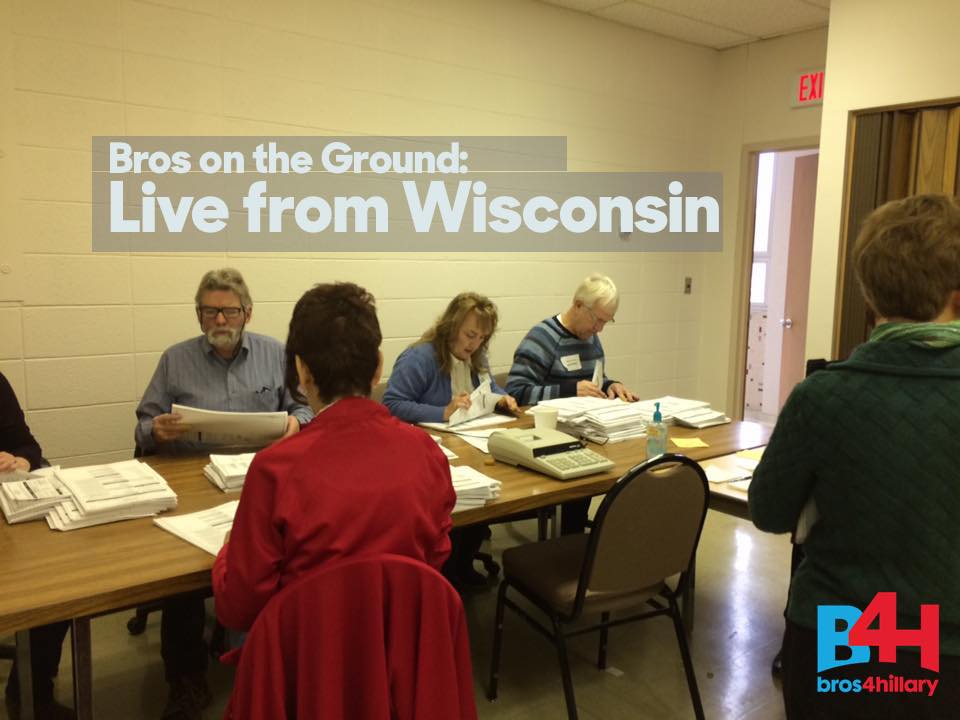 Rose is reporting that thus far in her county, the recount is showing that absentee ballots weighed heavily in favor of Clinton at a rate of around 7:1. It is unclear whether these were counted correctly during the original count. Says Rose:

“As I’m typing this 2 ballots were pulled out of the Trump pile and placed in [Clinton’s] because they are for her. That doesn’t mean they weren’t counted correctly to begin with.”:

She adds, “a couple absentee ballots cast for Bernie Sanders.”

Rose notes that observers are entitled to photographs and videos so long as they do not touch ballots. She is also reporting that there is a lot of buzz
about the problems currently developing with the recount in Waukesha County. “[Waukesha] is where the REAL problems are. They paid people to sit around all day yesterday and do nothing. The County decided not to count ballots. Legal arguments ensued. Without Waukesha we have no hope.”

Waukesha County is heavily influenced by Republican Governor Scott Walker political allies, according to Rose. If you are interested in volunteering, Help is still needed in these counties.