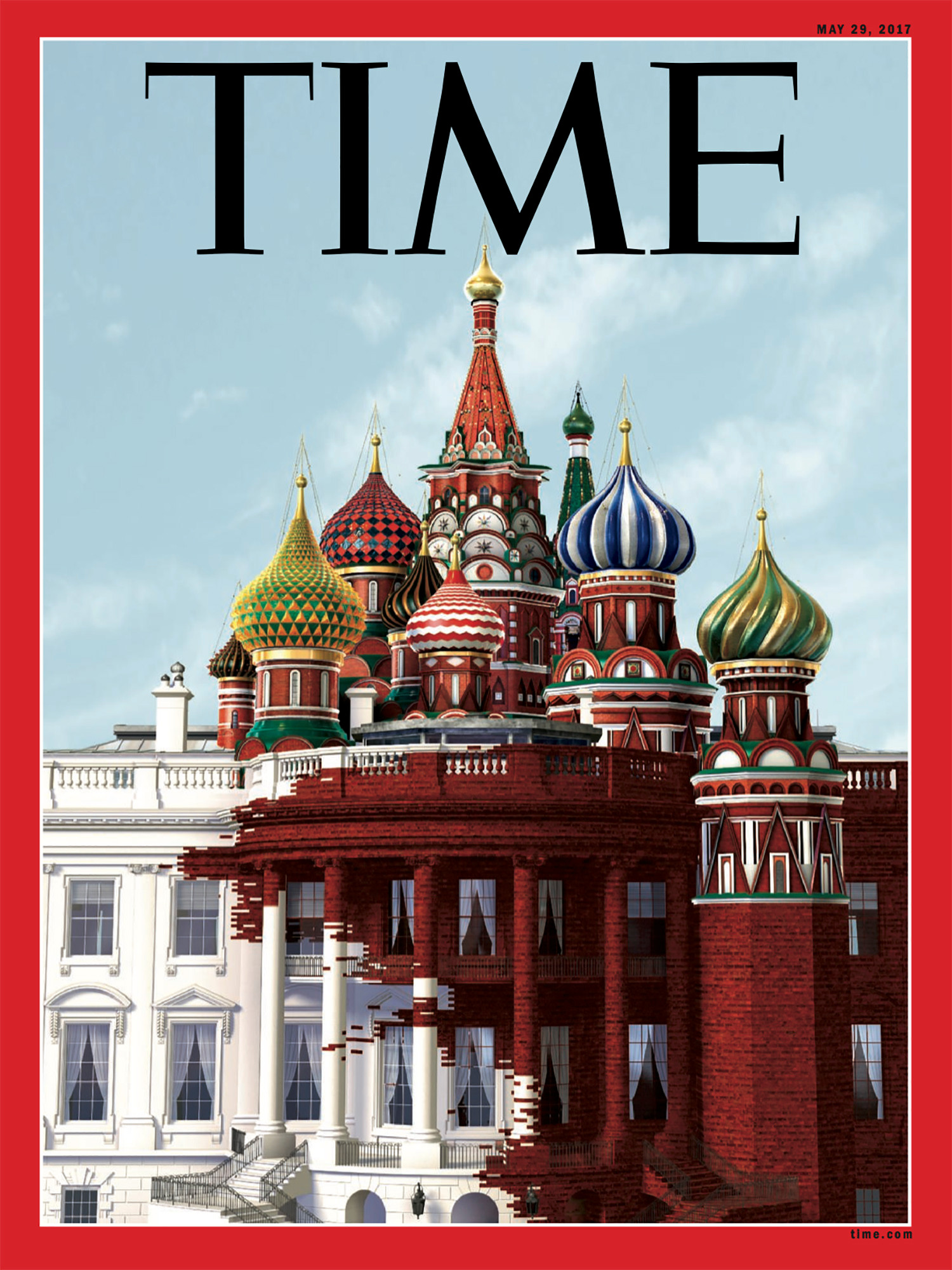 The latest Time Magazine cover made a chilling statement regarding the ongoing investigation into possible collusion between the Trump campaign and Russian cyber hacking operatives during the 2016 presidential election. Featuring artwork that depicts the Kremlin sitting atop the White House, with it’s crimson red hues bleeding into and absorbing the American landmark is disturbing and evocative.

What do you think of the cover image? Is it provocative for the sake of being provocative? Jumping on the Trump/Russia bandwagon and exploiting a hot issue? Or is disturbing because it’s true? Leave your comments after the jump!