Jess Phoenix Is Not Pierce Brosnan 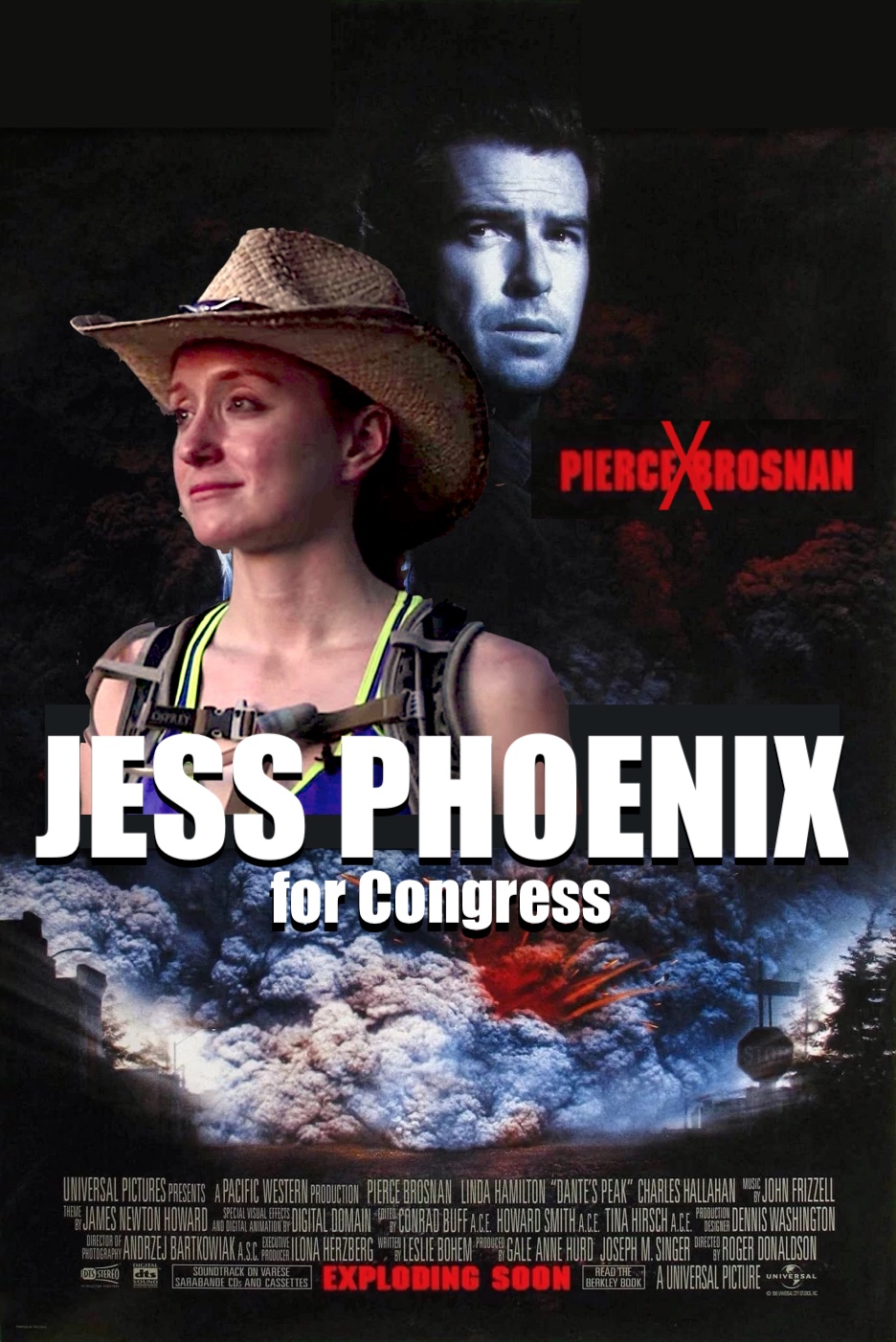 Jess Phoenix is not Pierce Brosnan. But she doesn’t mind if you make the comparison. Phoenix, a candidate for Congress out of California’s 25th congressional district, relished the idea during an interview for an all-new episode of the Bros4America podcast. Pierce Brosnan, most famous for his rendition of James Bond in the 007 franchise in the 1990s, also starred as a vulcanologist that saves the day in the 1997 volcano eruption thriller Dante’s Peak.

Twenty years after the fictional Dante’s Peak erupted on the big screens, another threat is looming. As the Kilauea volcano erupts on Hawaii’s big island to massive destruction, the destructive force of misinformation and fact-averse government is quite literally melting down our democracy.

Enter Jess Phoenix, the 35-year-old vulcanologist turned unlikely congressional candidate running as a Democrat to unseat GOP incumbent Steve Knight in California’s 25th congressional district. Phoenix joined co-hosts Alex Mohajer and Daniel Fusselman for a lively chat on the latest episode of the Bros4America podcast, and expressed heart-sickness at the recent eruption in Hollywood, but recognized the fight for our democracy was even more urgent and perilous.

Phoenix didn’t hold back in her criticisms of Steve Knight, a widely reviled Republican who has been allowed to remain in Congress because his deeply conservative district has never mounted a meaningful challenge to his candidacy. That’s all about to change.

Phoenix is running a true grassroots campaign. Listeners who wish to support her can visit www.jess2018.com to find out more.

After a lively hot topics segment, this week the Bros had the following picks for their #ShitholeoftheWeek nominees. Vote now! Do you agree with their choices, or did the miss someone particularly loathsome this week? Let us know by voting and leaving us a comment!