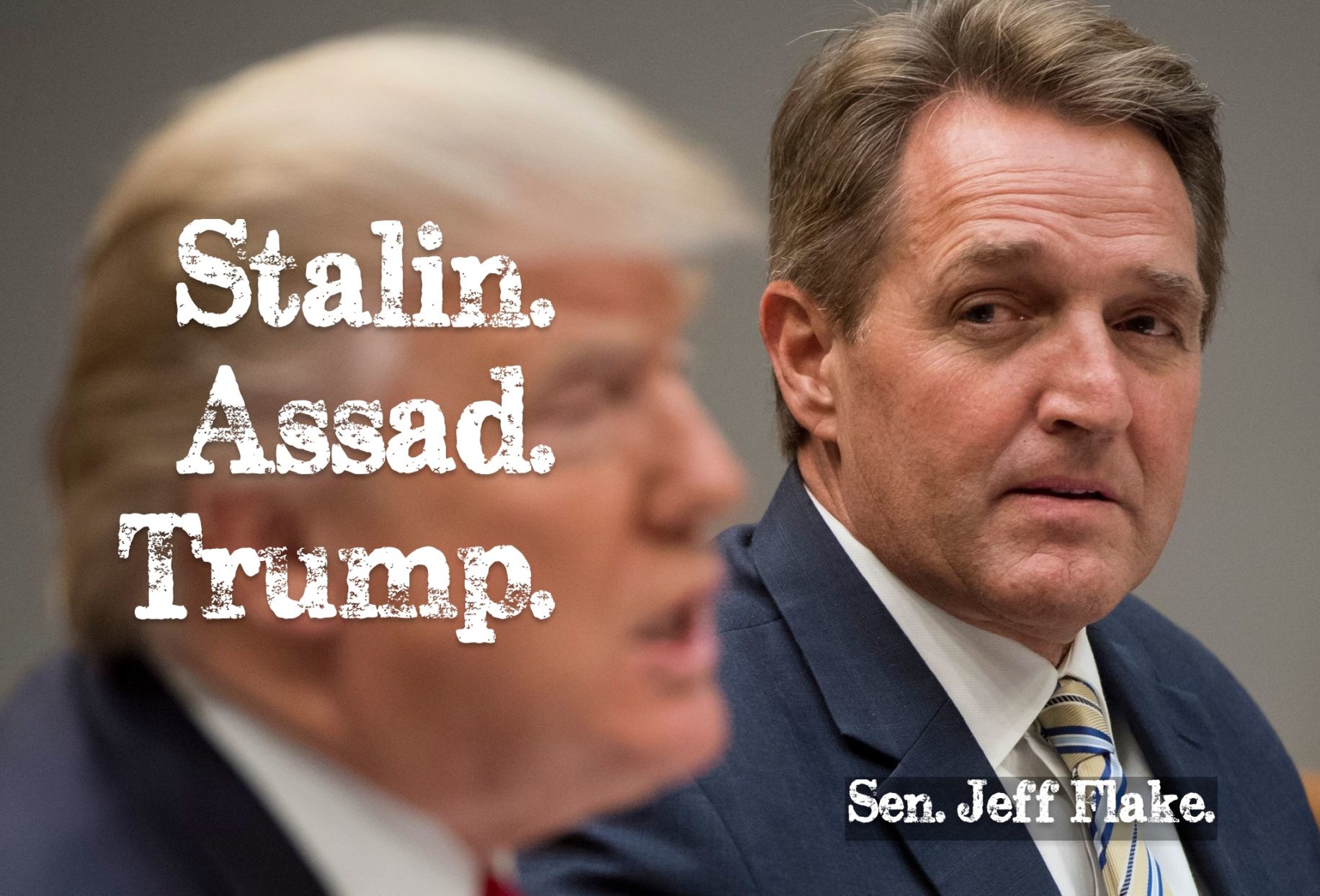 In a speech before the United States Senate this morning, Senator Jeff Flake (R-Ariz.) a Republican from within Donald Trump’s own party, compared the president to Syrian dictator General Bashir al-Assad and Josef Stalin, the infamous Soviet dictator who ruled over communist Russia until he died in the 1950s.

Flake’s speech was inspired by concerns that Trump’s attack on the news media and on free speech has a chilling affect that authoritarians use to assume power, and referred to Trump’s statements about the press as “shameful and repulsive.”

Flake announced late last year that he would not seek reelection in his home state of Arizona, so that he might vote and speak out against the president without fear of political repercussions. His speech is a break from the ranks, as members of the Republican party have been by and large unwilling to vocalize any criticism of Mr. Trump, who’s first year in the White House was mired by scandal.

The controversial comments by Senator Flake mark the second straight day of headline-making rebukes of the president by high-profile senators, with Cory Book (D-N.J.) having made news yesterday for an impassioned rebuke of GOP complicity in Donald Trump’s racist rhetoric.