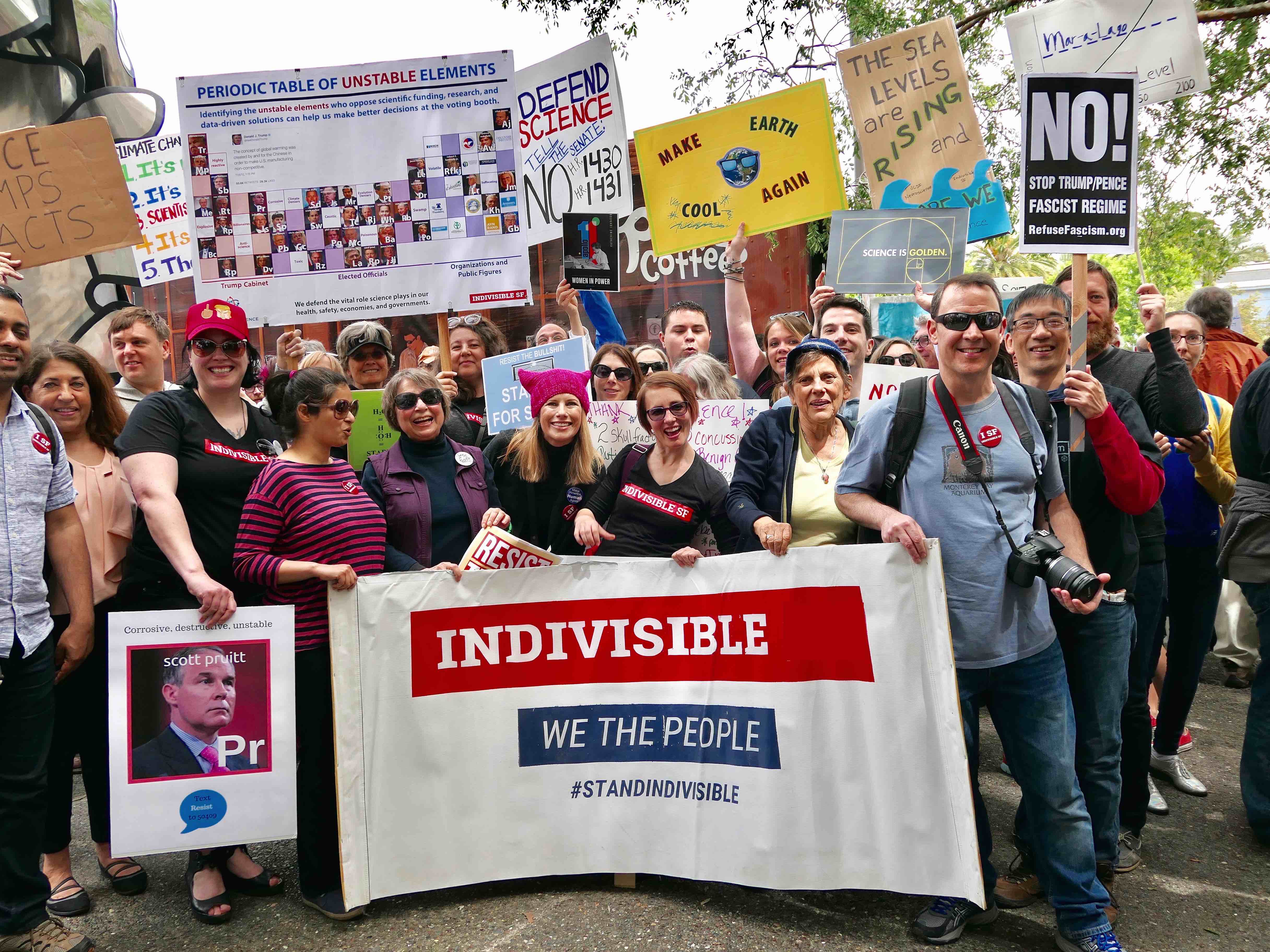 Indivisible groups in Los Angeles and around the country will march this Saturday, August 26 to correspond with Women’s Equality Day and to honor Heather Heyer, the slain activist who gave her life opposing white nationalist demonstrations in Charlottesville, Virginia earlier this month.

The date is loaded with symbolic value. August 26, 2020 will mark the 100th anniversary of the ratification of the 19th Amendment to the United States Constitution, granting women the right to vote. As the group Indivisible Suffragists explains, ninety-seven years after gaining the right to vote, women are faced with the most openly misogynist, regressive, bigoted, corrupt and dangerous administration in United States history.

“If you’re not outraged, you’re not paying attention,” Heyer said in a post to Facebook before being killed by a white nationalist this month. This year’s march is dedicated in memory of Heather, and all victims of bigotry and oppression.

The Indivisible Movement, featured on cable news programs such as Rachel Maddow, and newspapers such as The New York Times, has been credited, alongside a coalition of progressive organizations with defeating or stalling the Trump agenda in policy matters including healthcare, reproductive freedom, the environment, and civil rights. With approximately 6,000 Indivisible Groups nationwide, at least two in every Congressional district, the basic premise of Indivisible is teaching and empowering everyday citizens—many of whom have little to no activist experience—to flex their constituent power. The movement grew from a document created by former Congressional staffers (indivisibleguide.com) to give tips and tactics used to make members of Congress act.

Indivisible Suffragists, initial founders of the Indivisible March, will rally on “Women’s Equality Day” downtown LA in California in solidarity with sister marches across the States in Georgia (pre-event hosted by Triana Arnold James in Atlanta on August 18, 2017), Indiana, Nevada, Utah, Minnesota, Texas, West Virginia, District of Columbia and more. Indivisible Suffragists, founded by former United States youth ambassador and independent filmmaker Brooke Teal Robbins, is an ambitious Indivisible group headquartered in Pasadena, California; and serving the Greater Los Angeles metro area. The group is founded on feminist and equality principles to exemplify the advocacy of peace, respecting all heritages, representing inclusiveness to both women and men. The marches are registered and more details are available via recess.indivisibleguide.com.