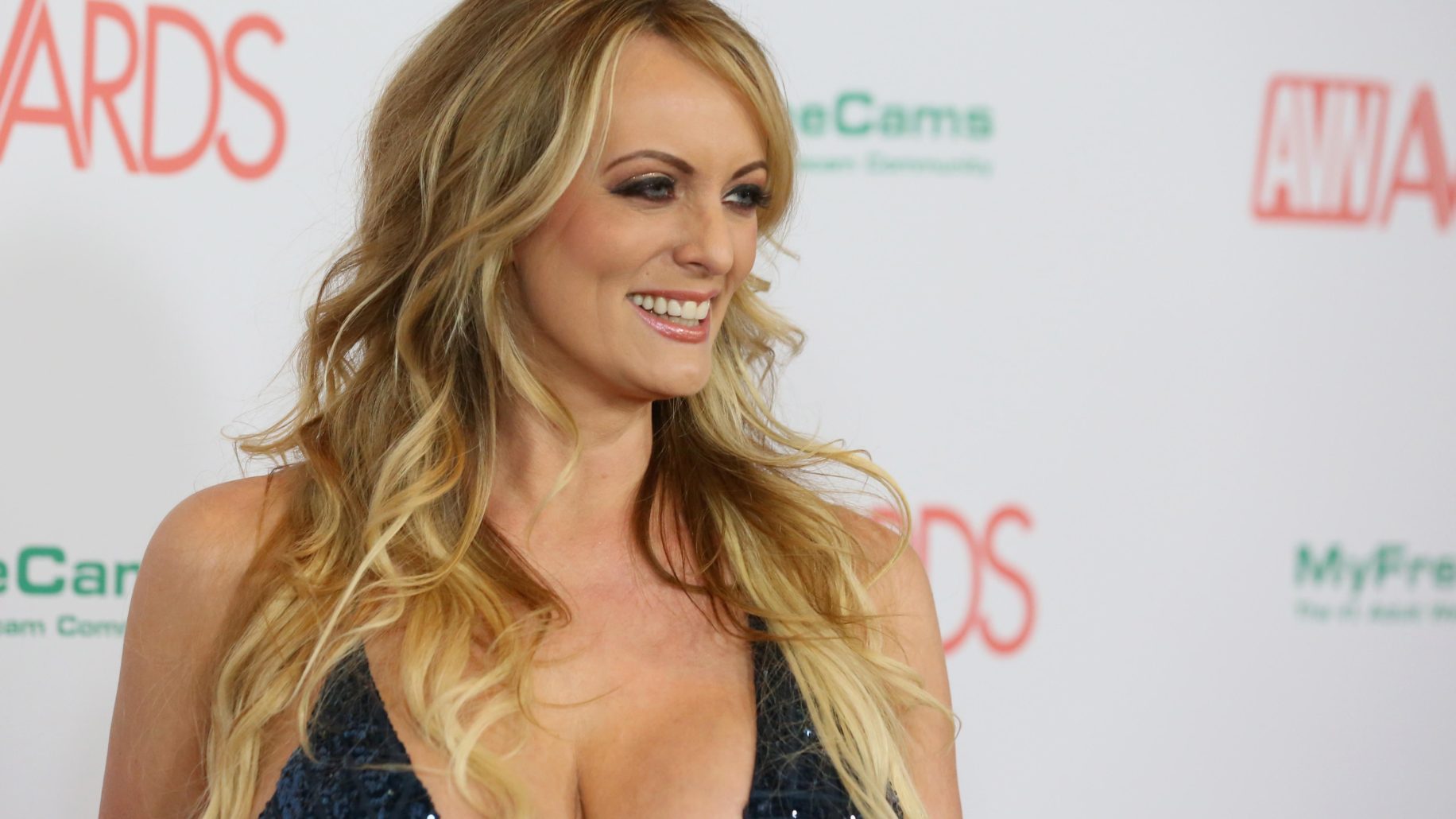 This week, the Bros for America chose to tape the weekly podcast live, then cuddled up with a glass of wine and a barf bag to watch Ms. Daniels deliver her most hotly-anticipated interview with Anderson Cooper of 60 Minutes, by all accounts a venerable program with stellar journalistic reputation.

This episode streamed live on Facebook and live on YouTube, so the co-hosts did their best to thank you and were sporadically taking questions and answering user comments live on-air (if you’re wondering who the heck they are speaking to off-camera.)

SHIT HOLE OF THE WEEK HONOREES

This week’s shit-hole of the week honorees were bestowed upon none other than FOX News host Tucker Carlson and former Republican congressman and presidential candidate, Rick Santorum.

Mohajer selected Carlson, who previously earned Mr. Mohajer’s wrath (to his face)  during a FOX News segment last year. This time, Mohajer is none-too-happy with the former bow-tie aficionado and his treatment of the student activists who have spearheaded the March for our Lives movement. Carlson called the students “extremists” on the eve of the march, which would ultimately become the biggest youth-led protest since the Vietnam War.

“Tucker Carlson: shut the fuck up,” Mohajer said on the live broadcast. “You are my ‘shithole of the week.'”

McAbee’s selection was reserved for Rick Santorum, the Senator from Pennsylvania and failed presidential candidate whose last name was famously given the Google treatment by radio personality Dan Savage.

Santorum suggested that rather than march for sensible gun safety laws  in response to the tragic slaughter of their peers, that students who have been victimized by gun violence ought to pick up CPR training.

We leave you with this:

The Bros for America podcast is executive produced and moderated by Alex Mohajer and is co-hosted by Thomas McAbee, Rance Collins, and Daniel Fusselman. The theme music is It’s Always Too Late To Start by Chris Zabriskie. It is produced using Audacity and powered and distributed by Bluberry/Powerpress and WordPress. Special thanks to Nelson Melegrito, Matt Garrett, and Hillary Clinton.