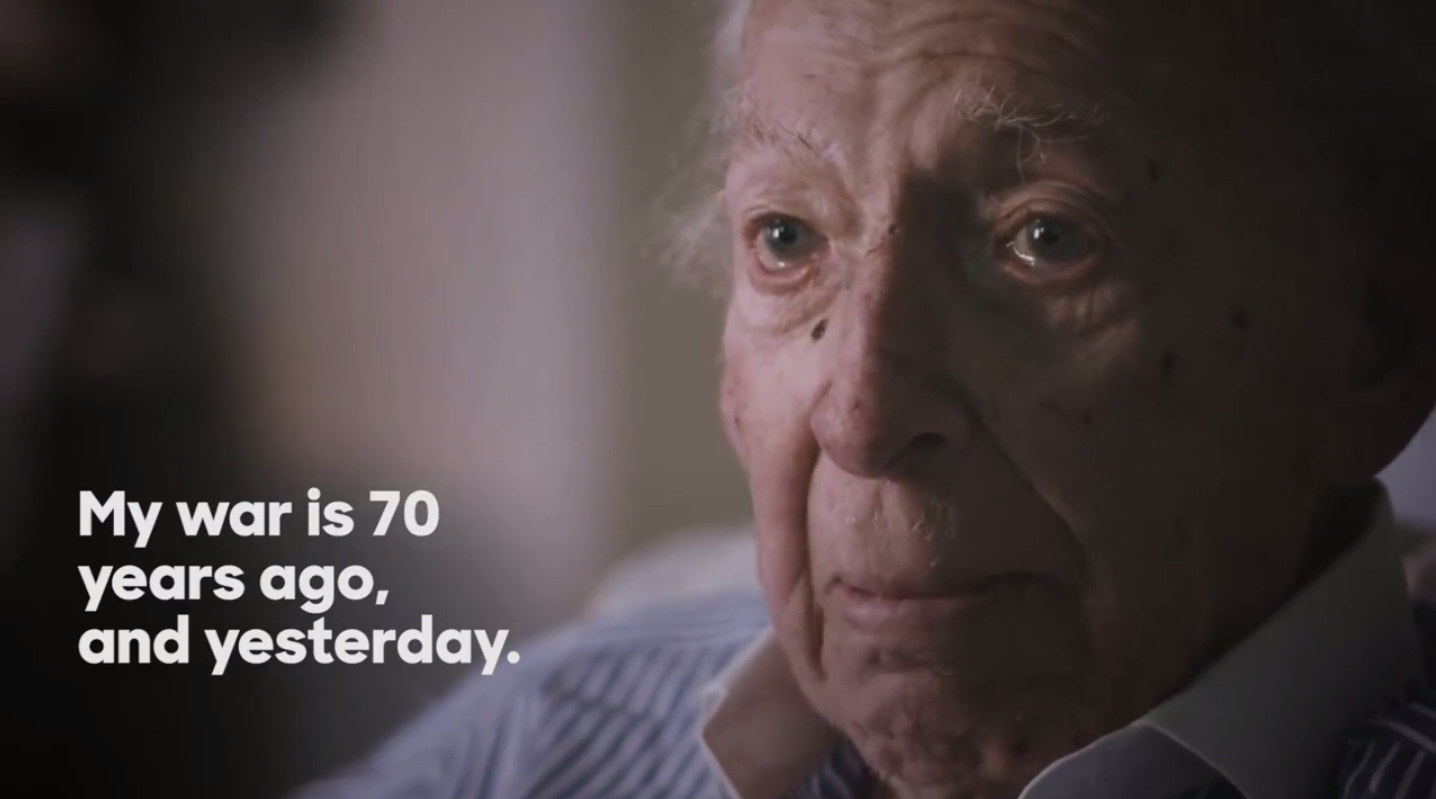 The video features World War II veteran Joel Sollender, a US Army Prisoner of War who was captured by the Nazis in 1944. In the emotional clip, Sollender watches comments made by Republican presidential nominee Donald Trump during the Family Leadership Summit in July 2015 in Ames, Iowa, wherein Trump criticizes Senator John McCain’s (R-Ariz) status as a war hero. Trump says, I “like people that weren’t captured.”

Sollender’s response is heart-breaking and a powerful reminder of the power of words, and the need to defeat demagogues like Trump. “Apart from the outrage of the insult to prisoners of war,” Sollender says tearfully, “he insulted all of our military. My war is 70 years ago…and yesterday.”

Sollender concludes, “He’s everything I would not want to be or emulate, and I would hope we would not adulate a man like him and put him into the most precious office in this country.”

The advertisement highlights the harmful effects of Trump’s campaign rhetoric. Insulting various minority groups, veterans, women, people of color, and basically every voting bloc in this Country may have already had long-lasting and harmful effects, and that’s merely as a candidate for office. The Clinton campaign and it’s vast surrogate network have repeatedly reiterated the “our children are listening” theme in the past months, a theme that is presented in a different iteration here, but captures the message all the same:

Watch the video for yourself, and grab a tissue. It will be a challenge.