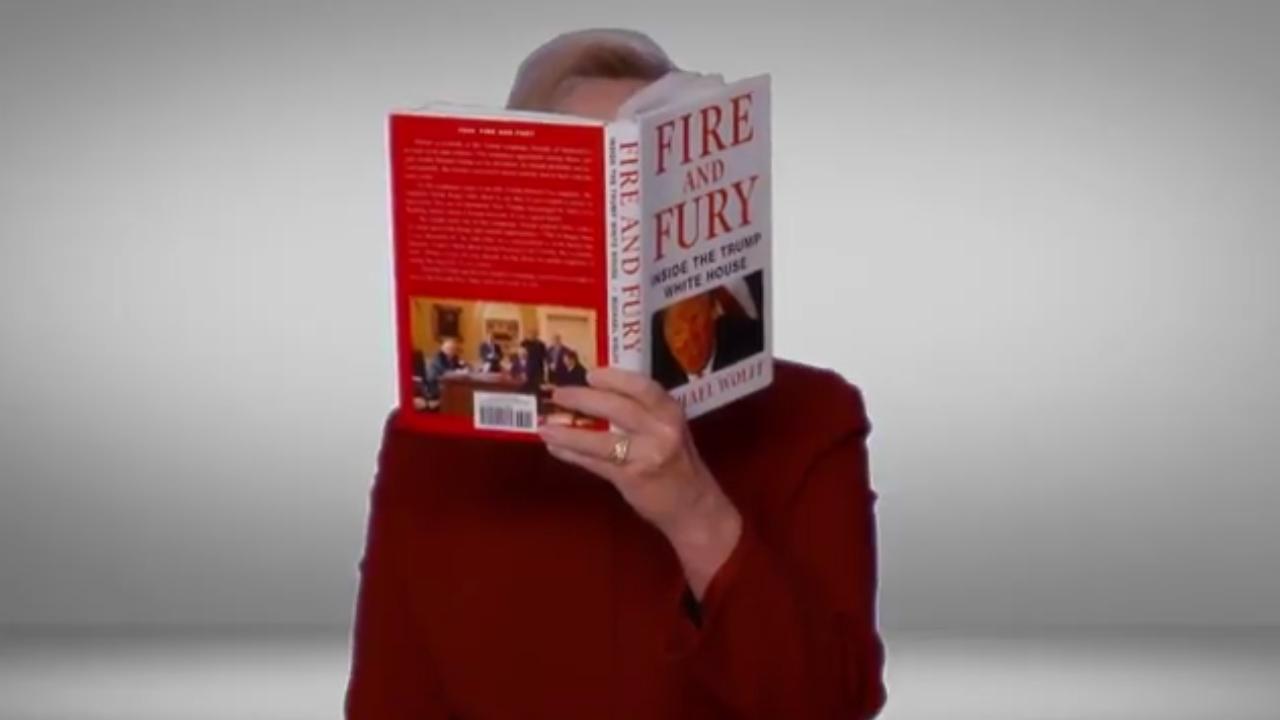 Hillary Clinton stole the show tonight in a hilarious, unannounced cameo that aired live during the primetime broadcast of the 60th Annual GRAMMY Awards on CBS. The surprise moment came during a comedy sketch in which joined celebrities like Cher, John Legend, and others in a mock audition for host James Corden, each competing to voice the Spoken Word album for Fire and Fury, the recent book by journalist Michael Wolff which famously outraged Donald Trump because of its depictions of him as being unhinged and unfit for the presidency.

The segment stole the show, with members of the studio audience erupting in immediate applause at the reveal of the former presidential candidate and winner of the national popular vote, who asked host James Corden if “the Grammy was in the bag?”

Hillary Clinton has previously criticized Mr. Trump for his obsession with awards, even noting during the presidential debates that he accused the Emmy Awards of being rigged when his television show The Apprentice failed to win in 2004.

Hillary Clinton accepts the Grammy for Best Spoken Word Album in 1997 for her memoir “It Takes a Village to Raise a Child.” Photograph: JON LEVY/AFP/Getty Images

Mr. Trump, who infamously lost the popular vote to Secretary Clinton in the 2016 presidential election by nearly 3 million votes, did not take kindly to the bit, with members of his administration speaking out against it. Mr. Trump surely would be rankled to know that Clinton already has a Grammy Award. Clinton won in 1997 for her audiobook of “It Takes a Village to Raise a Child.”

Her memoir “What Happened” was not eligible for inclusion in this year’s batch of Spoken Word Album nominees, but will likely be a 2019 contender. Another one of Clinton’s former male rivals who lost out to her in 2016 was none other than Senator Bernie Sanders, who was nominated this year in the Spoken Word Album category.

Unfortunately, Sanders, too, walked away empty-handed, as the award was given to Carrie Fisher, who won posthumously for her memoir “The Princess Diarist.”

I predict this trend holds.

Check out Hillary’s segment below, and tell us what you think after the jump!