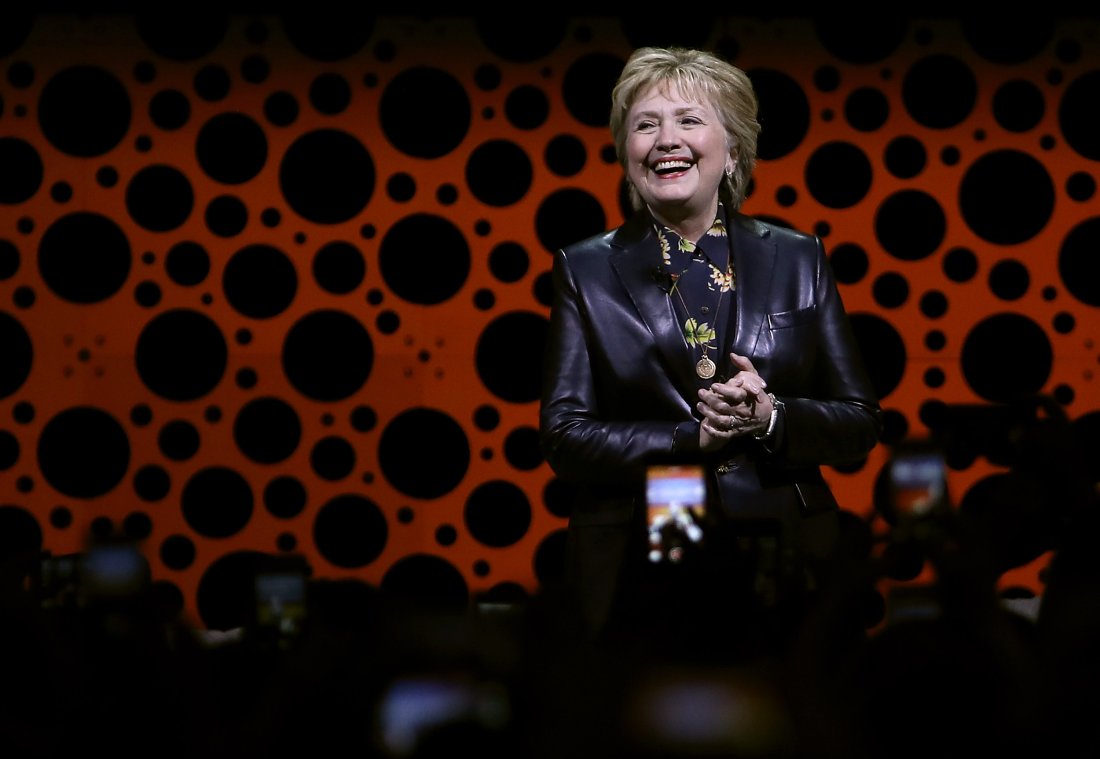 In her most political remarks since November’s presidential election, Hillary Clinton signaled that she’s ready to get back into the arena on Tuesday during a keynote speech given to a diversity conference in San Francisco, CA.

“The last few months haven’t been exactly what I envisioned, although I do know what I’m fighting for: I’m fighting for a fairer, big-hearted, inclusive America. And the unfinished business of the 21st century can’t wait any longer. Now is the time to demand the progress we want to see … and I’ll be right there with you every step of the way,” said Clinton.

Secretary Clinton was particularly forceful and did not mince words when she jumped to the defense of Representative Maxine Waters (D-CA) and White House Correspondent April D. Ryan amidst a news day that saw both notable and accomplished women of color the subject of insulting comments made by conservative (white, male) talking heads.

Ryan was on the receiving end of a rude public display by White House Press Secretary Sean Spicer, while Waters was insulted by FOX News pundit Bill O’Reilly, who made a racist comment about her hair.

The keynote address was critical of the White House, a sharp contract to Secretary Clinton’s mostly low-key post-election presence, one that she described in her speech as being “not the outcome that she had hoped for.” Still, the comments were her most forceful to date, signaling that she may be getting comfortable in a post-election role of Watch Dog.

That sentiment was corroborated by a tweet sent to her millions of Twitter followers on Tuesday evening in which she criticized news today of Donald Trump’s repeal of Obama-era progress made on environmental protections.

These are more than statistics, they’re American lives at risk because this administration willfully ignores the science. https://t.co/gacdRsTcQp

During her speech in San Francisco, she skewered the GOP attempt to repeal and replace Obamacare, calling the bill that ultimately failed last week “disastrous.”

“Really? Take away maternity care?” Clinton said. “Who do these people talk to?”

Clinton talked of the importance of “advancing the rights and opportunities of women and girls” and urged for greater female presence in Washington D.C.

A call placed to Clinton’s counsel asking whether she planned to challenge the outcome of the election in light of recent news that the FBI is in possession of evidence that suggests Donald Trump’s campaign may have colluded with Russian cyber intelligence individuals to release damaging information on Clinton was unanswered at press time.