Hillary Clinton Calls For "Hopeful, Inclusive, and Big-Hearted" America in Address to DNC 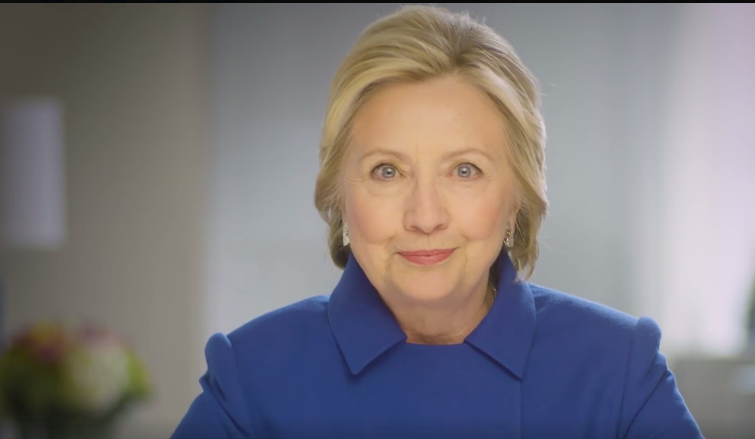 “Resistance plus persistence equal progress for our party and our Country!”

Amidst speculation of a major rift in the Democratic party, or the “Democratic Civil War,” between Clinton supporters and supporters of Bernie Sanders, Hillary Clinton appeared in a video addressing the party in advance of the Democratic National Committee’s Party elections taking place in Georgia this weekend.

The outcome of the DNC elections will have somewhat of an impact on the future of the Democratic Party, with a certain faction of the party being faithful to president Barack Obama and presidential candidate Hillary Clinton, and another faction normalizing a narrative that it “should have been Bernie.” But Clinton’s message was exuberant, positive, and a much-needed reminder that we must vote together and move forward together to carry out change and make progress.

“Being your nominee for President was the honor of a lifetime.”

While the infighting is sure to continue, as shown by vitriolic anti-Clinton comments being left on the video’s comment thread on Facebook by Bernie Sanders supporters, Clinton’s words will likely be viewed by some Democrats who needed just a tiny nudge towards unification. But Clinton’s message wasn’t just to Democrats, but for all Americans.

…Now more than ever we need to stay engaged in the field and online, reaching out to new voters, young people and everyone who wants a better, stronger, fairer America. We as Democrats must move forward with courage, confidence, and optimism and stay focused on the elections we must win this year and next. Let resistance plus persistence equal progress for our party and our Country.”