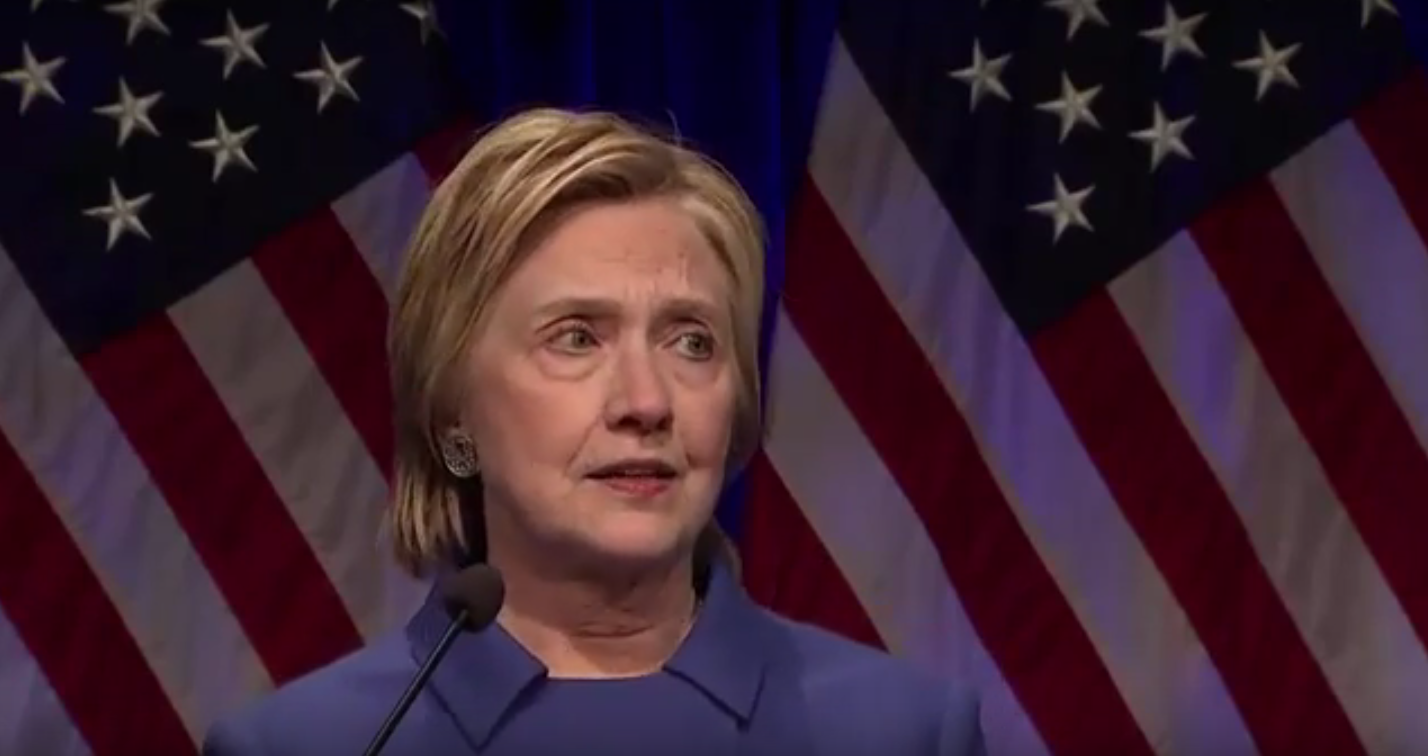 Last night, Secretary of State Hillary Clinton made her first public appearance since last week’s presidential election at the annual Children’s Defense Fund gala where she was honored by long-time friend and mentor Marian Edelman Wright.

Wright introduced Secretary Clinton as “the people’s president,” and Clinton proceeded to give what will be regarded by many as the most powerful speech of her career. A tearful Clinton spoke beautifully about her love for America and her belief in the work that the Children’s Defense Fund does for children.

In the most heart-wrenching moment of the speech, Clinton vividly described a recurring dream in which she envisions herself hugging her late mother, Dorothy, as a child, and tells her what her daughter’s future has in store. This was the speech of Hillary Clinton’s lifetime. Critics will likely continue to sustain their attacks on Clinton, but here she demonstrated a deep reservoir of empathy, emotion, love, and kindness.

About her mother, Clinton said:

“I draw from another person who influenced my life, and still does every day. My mother. I’ve talked about her difficult childhood. She was abandoned by her parents when she was just eight years old. They put her on a train to California all by herself in charge of her little sister who was three years younger. She ended up in California where she was mistreated by her grandparents and ended up on her own working as a house maid.

She beat the odds. She found a way to offer me the boundless love and support she never received herself. I think about her every day. And sometimes I think about her on that train. I wish I could walk down the aisle and find the little wooden seats where she sat holding tight to her younger sister all alone and terrified. She doesn’t yet know how much more she will have to face and even suffer. She doesn’t yet know she will find the strength to escape that suffering. That’s still years off. Her whole future is unknown, as it is for all of us, as she stares out at the vast country moving past her.

And I dream of going up to her, and sitting next to her and taking her in my arms and saying ‘Look. Look at me. And listen. You will survive. You will have a family of your own. Three children. And as hard as it might be to imagine your daughter will grow up to be a United States senator, represent our country as secretary of state, and win more than 62 million votes for president of the United States.”

The emotional bit about her mother, Dorothy Rodham, begins at the 17:20 mark.

Alex Mohajer is the Political Director of Bros4Hillary. You may tweet him directly at @alexmohajer.