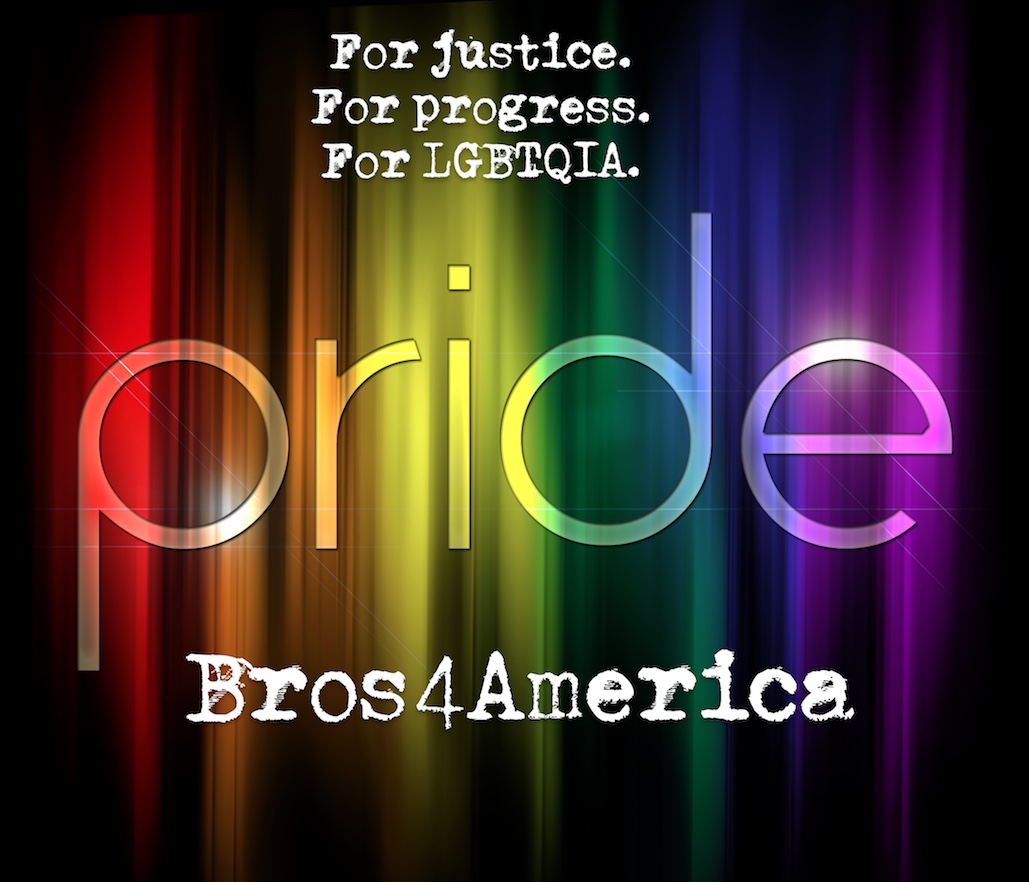 June is Pride Month, and this year is a particularly poignant year to be LGBT or an ally. With the Supreme Court’s Obergefell ruling having come down the pipeline merely four years ago, the queer community had just started to taste the meaning of equal protections under the law, and started to have a taste of not being discriminated against because of traits with which you are born. Started to. There was still a lot of work to be done when Donald Trump assumed the White House, and now there is an active battle to mitigate the  damage caused by an authoritarian government. Bros4America has a proud legacy of LGBT membership and we champion among our core issues the protection of marriage equality and fighting regressive policies aimed at harming our brothers and sisters. And on Sunday June 11, 2017 we are going to make this a very happy Pride.

This weekend, Angelenos will celebrate Los Angeles Pride, and instead of the infamous parade down Santa Monica Boulevard, this year organizers of the event have decided to stage a massive protest against the Trump Administration.

Celebrity artists, activists and organizers join the grassroots movement, including Sara Ramirez, Jason Collins, and Asia Kate DillonOn Sunday, a grassroots movement to center the most marginalized in the LGBTQ+ communities will hold the Equality March for Unity and Pride. Along with a rally on the National Mall, the march will gather a diverse group of LGBTQ+ individuals that will create a platform from which to demand liberation and justice for LGBTQ+ communities and center the historically marginalized. The march will wind through downtown Washington, D.C. and culminate in a rally where artists, organizers, and activists will speak on issues from racial justice and liberation for transgender individuals to youth empowerment and reproductive justice.