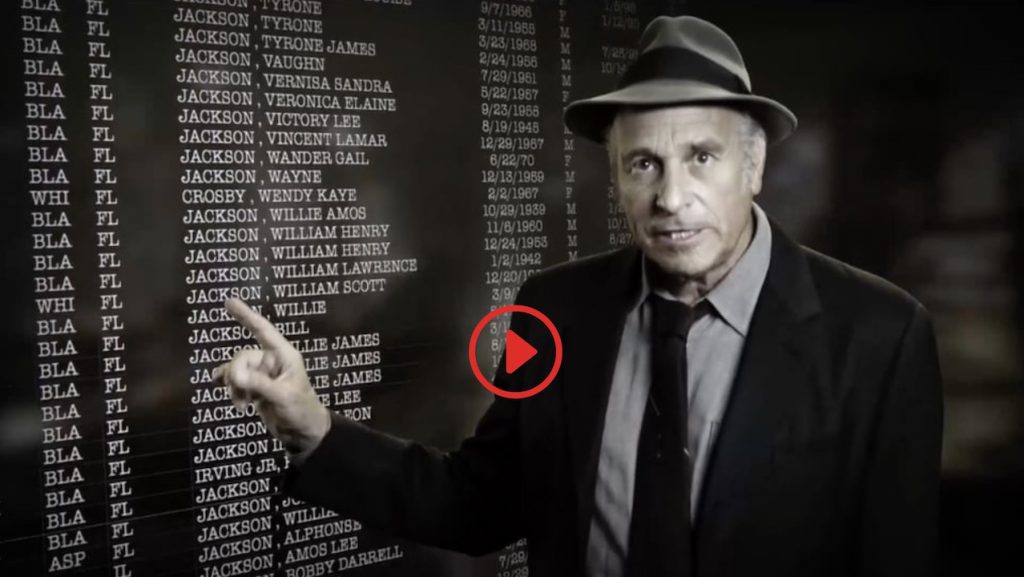 Greg Palast in his documentary film The Best Democracy Money Can Buy.

With just over twenty days left before Americans take to the polls to decide on the fate of the U.S. House of Representatives and Senate in the 2018 midterm elections, investigative reporter Greg Palast is ringing the alarm on the ongoing purge of voters from the voter rolls in multiple states. His work exposing the Interstate Voter Cross Check System was referenced in Why Hillary Lost: The Great American Lie, considered one of the seminal post-election analyses of the 2016 American presidential election, and he joined the Bros for America podcast this week to discuss the ongoing and unabated GOP practice of purging voters and the alarming impact it is having on the 2018 midterm elections.

This week, Palast revealed that the states of Indiana, Illinois, Georgia, and Nevada had purged significant numbers of voters from the rolls ahead of the midterm elections, coming up this November 6th.  Palast obtained the names of the purged voters after threatening a federal lawsuit against Georgia Secretary of State Brian Kemp (affectionately nicknamed by Palast as “Donald Trump’s Purge-on General”) who has not abdicated his position despite his current gubernatorial race against Democrat Stacey Abrams in Georgia, meaning he is overseeing his own election.

Abrams is poised to become the first African American female governor of a U.S. state if elected. Unsurprisingly, the purging of voters disproportionately affects people of color, students, women (primarily women of color), and minority voters.

Palast did not mince words during his exclusive hour-long interview with the Bros for America. “Hillary Clinton should be president. Look! It doesn’t matter what you think of Hillary Clinton. The fact is she won the election. The fact is Brian Kemp has wiped out hundreds of thousands of black voters from the voter rolls before THIS election,” Palast said, pointing to discrepancies in the exit polls and digital tallies in the 2016 election, and explaining that voters who were turned away because of the purge or whose provisional ballots were wrongfully discarded accounted for the discrepancy.

“Some of the [Georgia] registration forms are four years old,” Palast said, alleging that Kemp and his Georgia state officials have held up the registration forms of African American voters for years. He confronted Kemp recently in person at a community event in Georgia, asking him “are you purging black people so you can win this race [against Stacey Abrams?]”

Kemp had Palast thrown out.

Voters concerned that they may have been purged from the rolls can check to see if they are on one of the secretive purge lists Palast has obtained from a number of key states, including 90,000 in Nevada, 550,000 in Illinois, 20,000 in Indiana, and 53,000 in Georgia.  They may also volunteer here for Stacey Abrams’ gubernatorial campaign and donate to her campaign here.

The theme music is Operatic 3 by Vibe Mountain with closing credits to It’s Always Too Late To Start Over by Chris Zabriskie. The podcast is produced using Skype, ECammTools, Audacity, and distributed and hosted by Bluberry. Special thanks to Greg Palast, Nelson Melegrito, Matt Garret.

Do you love our work or listen frequently? Consider donating to help make this programming possible.

Or, consider leaving us an iTunes review.