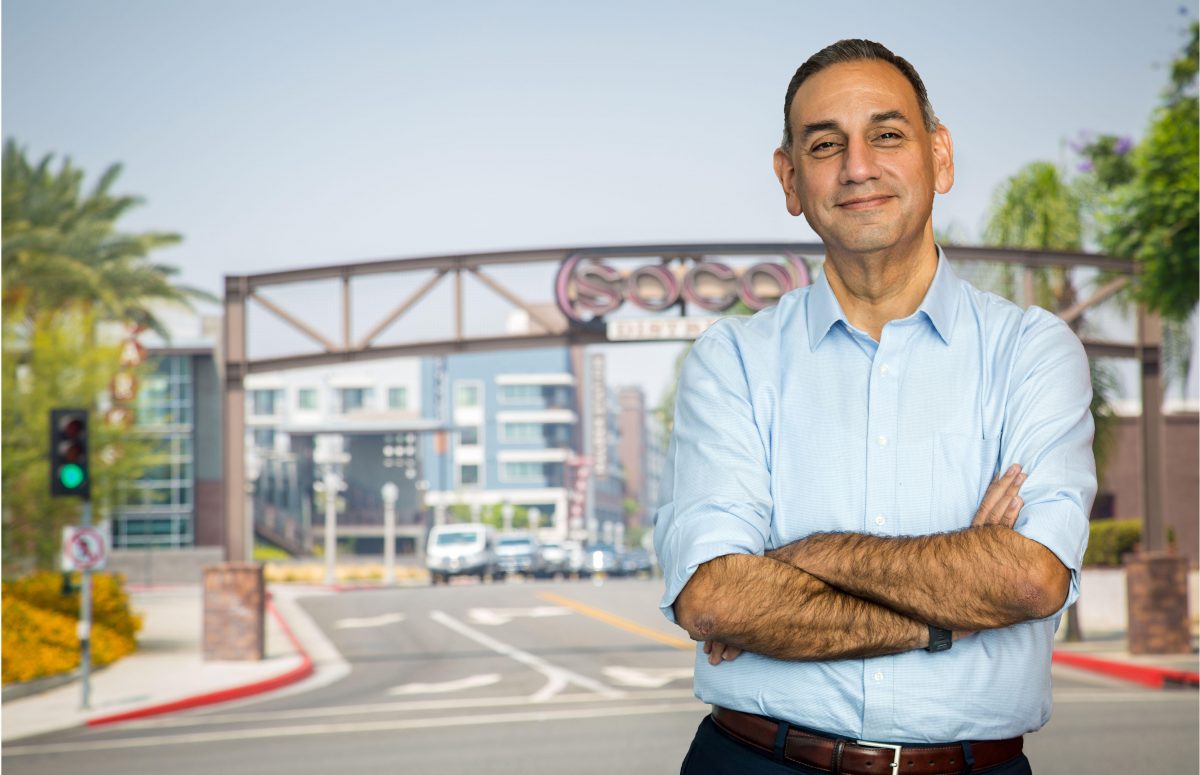 Gil Cisneros is a lot of things. A Navy veteran. An ex-Republican who saw the writing on the wall well before it was the cool thing to do (he left the Party in 2008 following the disastrous performance of the

Bush Administration). A lottery winner (yep, you read that correctly. Cisneros and his wife Jacki bagged a cool $255 million playing the lottery in 2010). A philanthropist who opted to start a foundation and buy a minivan rather than a Ferrari with his prize-winnings. A husband. A children’s advocate. A healthcare advocate.

And now, he’s a Democrat endorsed by former President Barack Obama, running to flip the former congressional seat of GOP-heavyweight Ed Royce in the upcoming 2018 midterm elections. Royce joined an unprecedented four dozen Republicans who are making their exit from the U.S. House of Representatives, amidst a tumultuous term and an insurgence of activism.

With Donald Trump it’s standard-bearer, the Republican party faces a day of reckoning even as it enjoys control of every arm of the Government.

There is no better local example of this national day of reckoning then in California’s 39th Congressional District. The contest has proven to be one of the most dramatic in the nation, with Politico calling it the “wierdest race in the country.” A highly combative primary election pitted a crowded field of Democrats against one another, and Cisneros emerged from the blood bath on June 5th as the victor.

The race is happening in a particularly high-stakes election cycle, with some not only calling for a “blue wave,” but insisting on the necessity of one in order to protect American democracy from ruin. But more importantly, is that the Democrats have made this race a part of their strategy for winning back the U.S. House of Representatives.

Since the day after Election Day 2016, the party leadership has been hell-bent on a singularly focused strategy for reclaiming the House: take normally Republican-held districts that went to Hillary Clinton in the 2016 election, and run strong progressive candidates that play well to that particular district.

California, as it turns out, would become central to this figure. With Katie Porter, Katie Hill, Mike Levin, Harley Rouda, Cisneros and others representing the Southern California delegation that will be crucial to Democrats strategy. A loss in any one of these districts could mean dashed dreams for activists who have been organizing for nearly two years to bring about the much-ballyhooed blue wave.

Cisneros is up for the challenge. He joined the Bros for America podcast this week for an exclusive interview to discuss the race, why he got into it, why he thinks health care is the most important issue in America, and the nature of the zany race in CA-39.

Interested in campaigning for Gil Cisneros in CA-39? We have added a slew of events featuring Cisneros on our Events Calendar page thanks to our partnership with Mobilize America,  including phone bank and canvassing opportunities for Cisneros and any one of the other candidates we have featured in our Race for 2018 Interview Series.